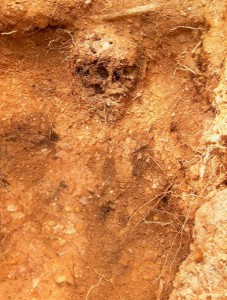 Examination of the skull in this image from the Duffy’s Cut excavation showed evidence of a potentially fatal blow to the head sustained just before death. (Photograph by William E. Watson, used with permission.)