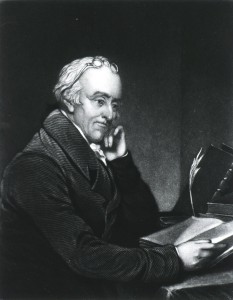 A fully expressed product of the Enlightenment, Benjamin Rush (1746-1813) became America’s fist internationally recognized physician, though a controversial one. His fervid belief in the arterial localization of disease led to intensive use of bleeding and calomel (mercurous chloride) during the yellow fever epidemics of the 1790s. As doctor and citizen, Rush served the Revolution, advocated for abolition, embraced temperance, and offered ideas for the development of education in the new republic. (Engraving after painting by Thomas Sully, National Library of Medicine)