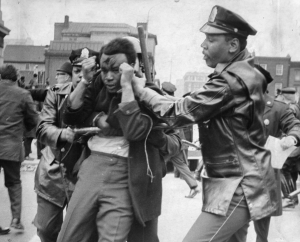 Philadelphia police were restricted from unholstering their guns or using excessive force during the riots, but some rioters were injured while police subdued them. (Special Collections Research Center, Temple University Libraries)