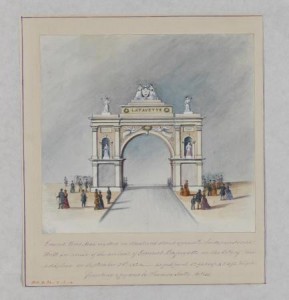 A series of about a dozen temporary triumphal arches were placed in Philadelphia and its suburbs to usher Lafayette through the city. (Historical Society of Pennsylvania)