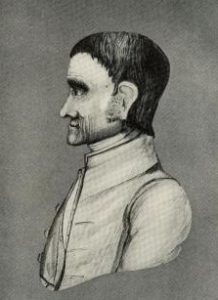 New Jersey-born Quaker John Woolman was an active and outspoken abolitionist from as early as the 1740s, when he traveled the south to observe slave labor personally. He penned the essay Some Considerations on the Keeping of Negroes, published in 1754, which stressed the equality of man without directly attacking slaveholders. Shortly after its publication, the Philadelphia Yearly Meeting ruled that members who purchased or sold slaves would be removed from church positions of power. Woolman was also a pioneer of the Free Produce movement, shunning cotton and other goods produced by slave labor beginning in the early 1760s.