Slavery and the Slave Trade 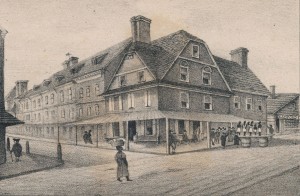 A slave auction block is visible in the scene of the London Coffee House, Front and Market Streets. (Library Company of Philadelphia)