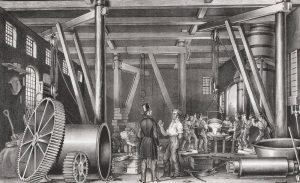 Life was difficult for working-class men in the early nineteenth century. Workdays were long and wages were slim, and they labored under the constant threat of imprisonment for minor debts. (Historical Society of Pennsylvania)