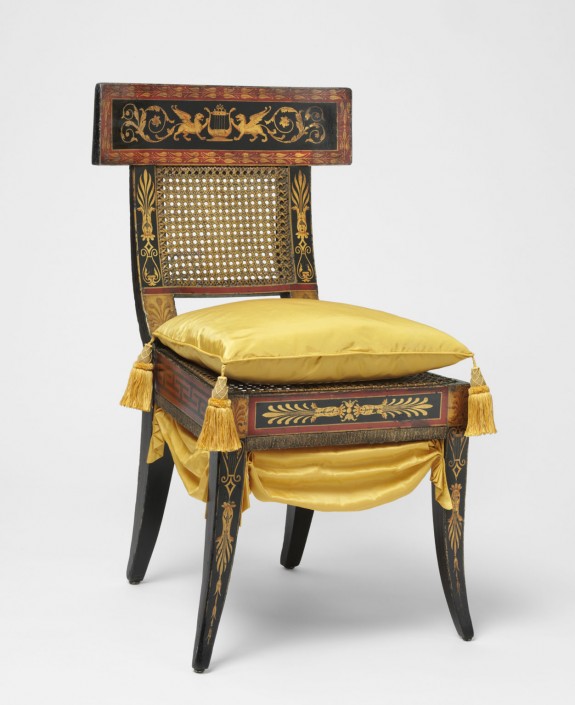 As shown in this chair, made in Philadelphia in 1808, the so-called Klismos form is distinguished by front and rear legs that curve inwards and directly mimics ancient Greek chairs as seen on pottery. The draped upholstery softens the severe lines.  Benjamin Henry Latrobe designed this chair, other furniture, and a house at Seventh and Chestnut Streets for William and Mary Waln.  The Greek influences helped to build Philadelphia’s reputation as the “Athens of America” or “Athens of the Western World.”