By Kelly Banks on June 28, 2019, 2:30pm in Alexandra Jordan Thelin, Center City, Cradle of Liberty, Essays, Movies, Music, Performing Arts, Philadelphia and the Nation, Philadelphia, the Place That Loves You Back, Popular Culture, Twentieth Century after 1945 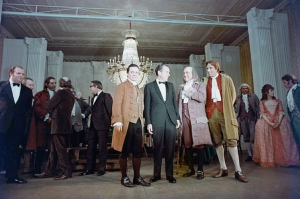 The cast of 1776 performed at the White House for President Richard Nixon (center, in tuxedo) in 1971. (Executive Office of the President photograph, Wikimedia Commons)[/caption] 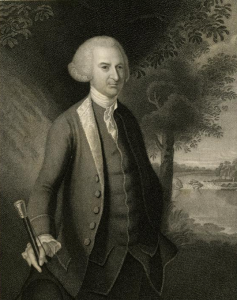 Pennsylvania delegate John Dickinson, depicted in this c. 1885 engraving, appears in 1776 as the man who pressured his colleagues to vote against independence. (Historical Society of Pennsylvania)[/caption] 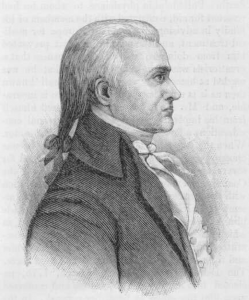 A dramatic moment in 1776 occurs when Caesar Rodney, shown here in an 1888 book illustration, rides in from Delaware to break the tie. (Wikimedia Commons)[/caption]

Alexandra Jordan Thelin is a Ph.D. student in History and Culture at Drew University in Madison, New Jersey, and specializes in fashion history, visual culture, and art.