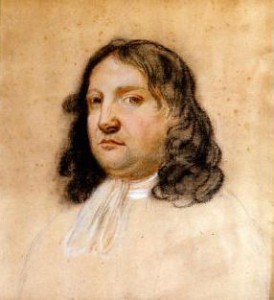 English Quaker William Penn founded Pennsylvania in 1681, when King Charles II granted him a charter for over forty-five thousand square miles of land. With this charter, Penn's constitutional authority in Pennsylvania was second only to the King of England. (Historical Society of Pennsylvania)[/caption] 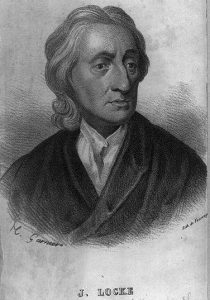 John Locke is considered one of the most important political philosophers in Western thought. Works such as An Essay Concerning Human Understanding and his Two Treatises of Government were political essays that influenced thought during the English Glorious Revolution of 1688-89 and thereafter. (Library of Congress)[/caption] 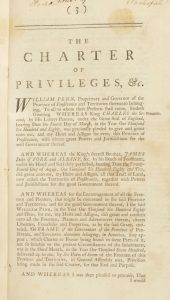 The Pennsylvania Charter of Privileges, granted by William Penn in 1701, gave many powers to the colonial government of Pennsylvania. These powers included the ability to enact its own laws and appoint its own legislative leaders. (Historical Society of Pennsylvania)[/caption]