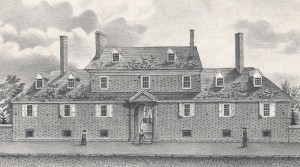 Unlike the first almshouse, the Bettering House rigorously controlled inmates' lives. Authorities segregated the population by age, race, gender and even “good” versus “bad” poor, with a goal of reforming the “failed” indigents, who were increasingly seen as criminal. The poor were expected to accept their place in society and taught how to properly fulfill their role once released. Punishment, religious instruction, task work, and, at times, solitary reflection, were employed to this end. Those who were capable were to work six days a week, between eight and ten hours a day, not including a half-hour break for breakfast and an hour for dinner. The overseers complained in daily journals that the population swelled during the tough winter months, and inmates departed in droves once they were clothed, fed, the weather improved, or they were cured of their particular ailments, often to return again the following year. It was not uncommon for prospective inmates to complain of “sore legs” upon entry in order to gain shelter for a few cold months and avoid labor. 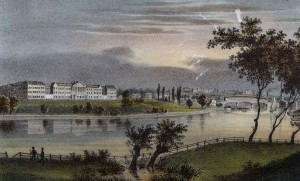 The Blockley Almshouse, the white building at left, opened in 1835, serving as a replacement for the recently closed Bettering House. (Library Company of Philadelphia)[/caption]

Mara Kaktins is a historical archaeologist who holds an M.A. from Temple University.  Her graduate work focused on the changing treatment of the poor throughout the colonial period.