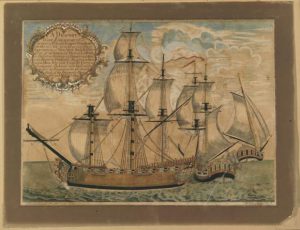 During the colonial days, Britain's frequent wars with France spilled over into the colonies. This painting depicts a battle between the colonial privateering ship Greyhound in battle with the French ship La Fleury in 1741. (Historical Society of Pennsylvania)[/caption] 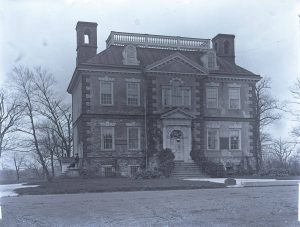 Mount Pleasant was built by Scottish privateer John McPherson on his retirement to Philadelphia. During the Revolution, it was home to traitor Benedict Arnold and his wife. (Library Company of Philadelphia)[/caption]

William Bingham served in both the Pennsylvania House of Representatives and the United States Senate during the 1790s. Most of his wealth and notoriety stemmed from his privateering activity during the American Revolution. (Historical Society of Pennsylvania)[/caption]