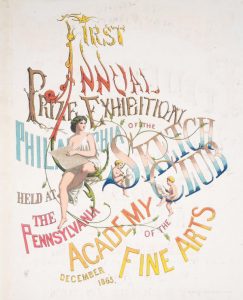 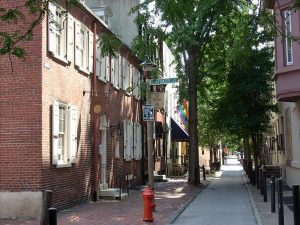 The Philadelphia Sketch Club established its permanent headquarters at 235 S. Camac Street, pictured in the left of this photograph, in 1902. (Wikimedia Commons)[/caption]