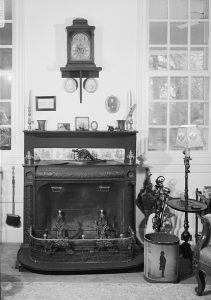 The “Franklin Stove” or “Pennsylvanian Fireplace” was invented by Benjamin Franklin in 1741. (Library Company of Philadelphia)[/caption] 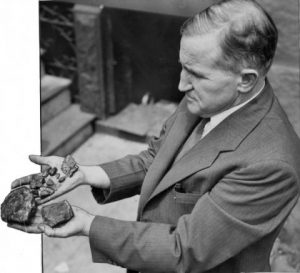 Coal bootlegging became a serious issue in the city of Philadelphia during the 1930s. Here, inspector Fred J. Humphrey of the Bureau of Weights and Measures analyzes bootleg coal that does not conform to any standard size regulation. (Special Collections Research Center, Temple University Libraries)[/caption] 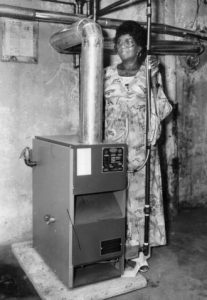 Philadelphian Mary Williams was one of many Americans who in the 1970s converted furnaces from oil to less-expensive natural-gas fueling. (Special Collections Research Center, Temple University Libraries)[/caption]

Sean Patrick Adams is Professor of History and Chair at the University of Florida. He is the author or editor of several books, including Home Fires: How Americans Kept Warm in the Nineteenth Century (2014).