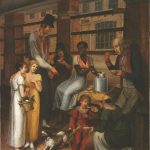 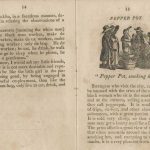 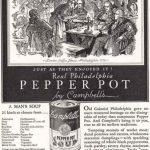 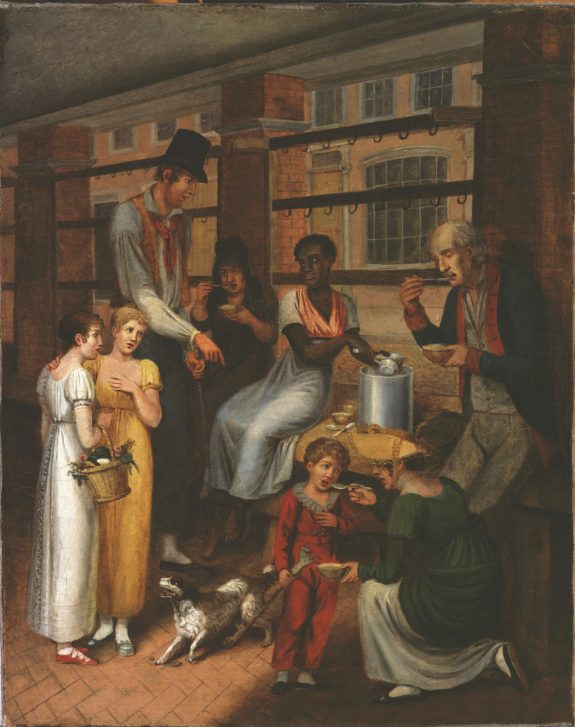 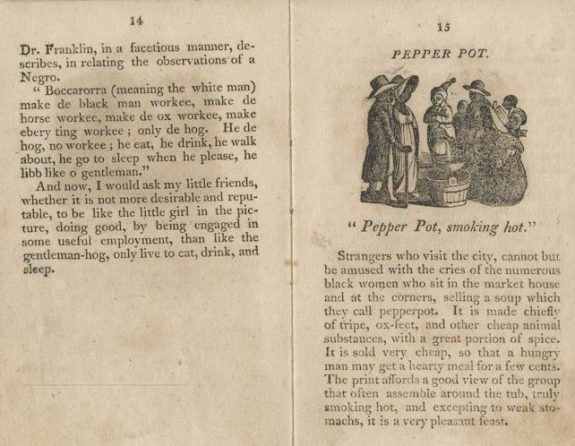 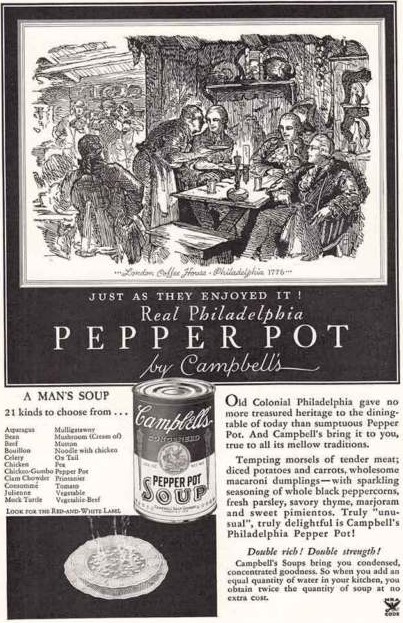 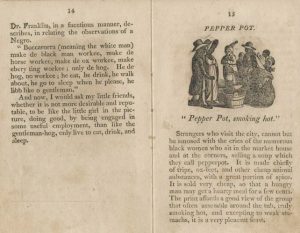 This 1810 booklet describes the street cries of Philadelphia, named after the calls made by street vendors hawking their wares in the city’s market stalls. (Historical Society of Pennsylvania) 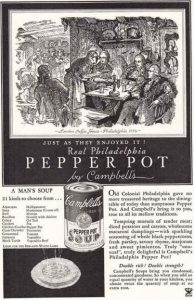 The Campbell Soup Company began selling the first canned version of pepper pot in 1927. This 1934 advertisement draws upon the historical roots of pepper pot within colonial Philadelphia to entice customers. (Internet Archive)