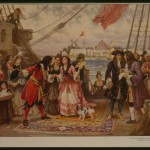 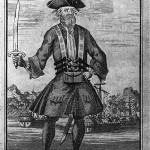 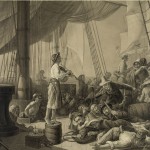 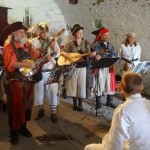 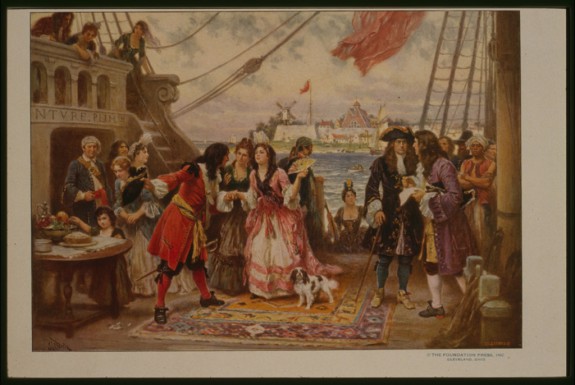 This romanticized view of pirate life is what drove many young sailors to become pirates. Many pirates were former sailors in the Royal Navy during the War of the Spanish Succession (or Queen Anne’s War, 1701-1713). At the close of the war Britain no longer needed the many sailors it had impressed into service, and after the war fired many sailors. Lack of work drove men who had no other skills to become sailors on merchant vessels, or pirates. For many, piracy was their last hope to make a living, and some dreamed to strike it rich, like Captain Kidd in this painting.

In 1699, the Pennsylvania colony arrested four men believed to serve under Kidd. 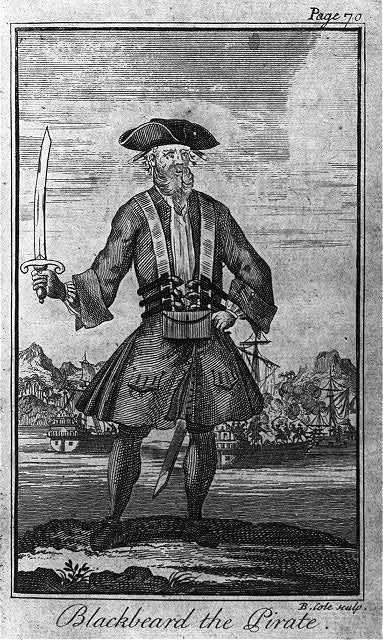 Edward Teach, better known as Blackbeard, was an infamous pirate who operated across the Atlantic coast of North America and the Caribbean between 1716 and 1718. There was speculation he was a privateer for the British Royal Navy during the War of the Spanish Succession (also known as Queen Anne’s War), but he was eventually hunted down and killed by a British naval force under the command of Lieutenant Robert Maynard.

Earlier, Pennsylvania Lieutenant Governor William Keith issued a warrant for the arrest of Blackbeard for his attacks on merchant ships. Keith feared that Blackbeard maintained contact with former pirates who lived in Philadelphia and aided him in his raids against Philadelphia’s merchants. 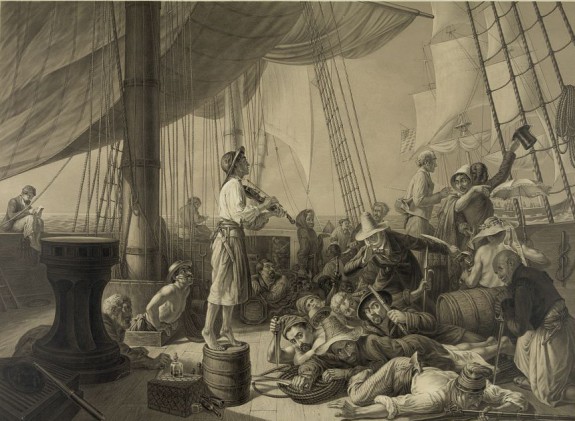 This work is a nineteenth-century interpretation of pirates attempting to lure in a ship so they can board it. While pirate ships in many cases were armed with naval cannons, it was bad for business to use them. A damaged or sunk ship made it harder or impossible to steal the valuable items on the ship, or the ship itself. Instead, pirates lured a merchant ship, or naval vessel, close to their own, using tactics such as flying the flag (or colors) of a friendly nation and appearing harmless. When the prize they were seeking to plunder came close, they raised their pirate colors and boarded the enemy vessel, fighting the crew in close quarters. 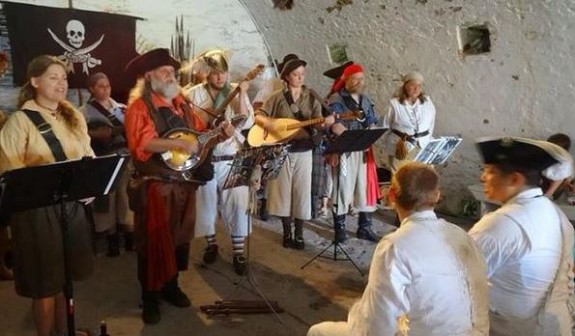 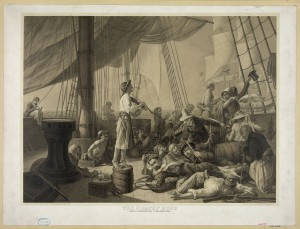 Pirates spent their booty freely in port cities such as Philadelphia and contributed to the region’s economic development. In this painting, The Pirates’ Ruse, a pirate crew obscures itself until close enough to attack a merchant ship. (Library of Congress) 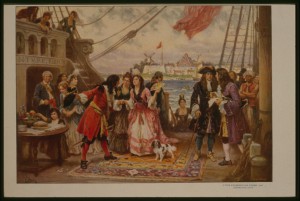 In 1699, the Pennsylvania colony arrested four men believed to serve under the notorious pirate Captain William Kidd. The pirate is depicted in this 1932 painting, Captain Kidd in New York Harbor. (Library of Congress) 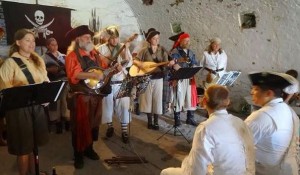 Philadelphia History Museum, 15 S. Seventh Street, Philadelphia. (This museum possesses the gibbet that was supposed to have been used in 1780.)