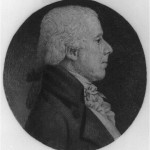 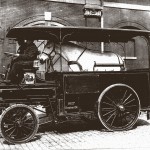 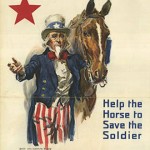 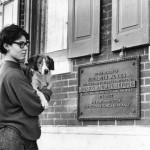 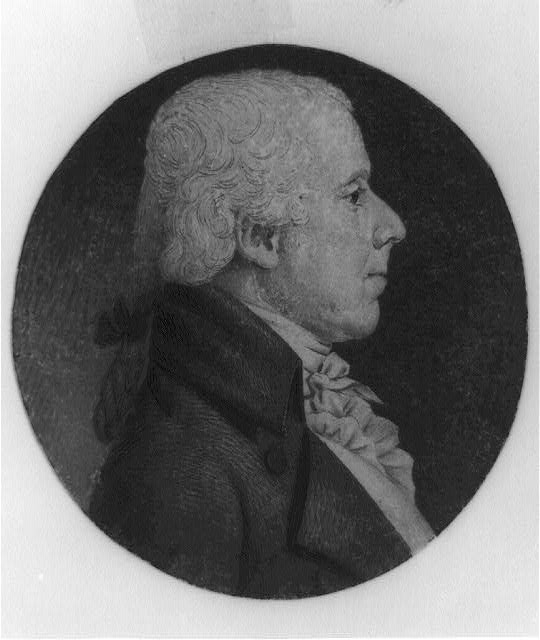 Shown in an engraving from 1802, Benjamin Rush was a prominent animal protection advocate during the early years of the United States. An attendee of the Continental Congress, Benjamin Rush was thirty-one years old when he signed the Declaration of Independence. Later, as a supporter of the Federal Constitution, he was elected to the Pennsylvania convention that adopted it. Born in Byberry, Pennsylvania, just outside of Philadelphia, he spent much of his life in the Mid-Atlantic working with and serving the residents of Philadelphia.

He graduated from the College of Philadelphia (now the University of Pennsylvania) with a bachelor's degree in 1759. After receiving his medical degree in Scotland, Rush returned to Philadelphia and opened a private practice. He was soon appointed Professor of Chemistry at the College of Philadelphia. Rush worked extensively with the poor, was well liked by his students, and published the first American textbook on chemistry. He was a well-loved member of his community.

Active in the Sons of Liberty, he was appointed to attend the provincial conference to send delegates to the Continental Congress, representing Philadelphia in 1776. A year later he was appointed to the Continental Army as surgeon general of the middle department, however, after criticizing the army and General Washington he resigned and stayed away from war-related activities.

He also acted as treasurer of the U.S. Mint from 1797 until his death in 1813, and as professor of medical theory and clinical practice at the newly formed University of Pennsylvania. His writings and activism on behalf of animal welfare, which he viewed as central to human morality, helped begin the movement for institutionalized protection of animals in Philadelphia. 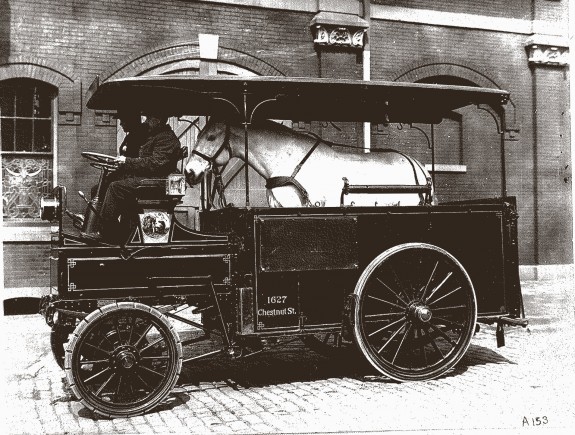 Through the work of Colonel M. Richards Mucklé, a Philadelphia businessman, the Pennsylvania Society for the Prevention of Cruelty to Animals, or the PSPCA, was chartered on April 4, 1868. Upon creation the PSCPA was the first humane animal society in the state of Pennsylvania and only the second in the United States.

Mucklé was outraged at the animal abuse he witnessed in Philadelphia, particularly towards work horses, and was angry when the few anti-cruelty laws that did exist were not enforced. He followed in the footsteps of New Yorker Henry Bergh, founder of the American Society of the Prevention of Cruelty to Animals, and took out an ad in the Philadelphia Evening Bulletin to announce his intentions. Charter donations began to roll in from wealthy supporters. This photograph is of a horse ambulance, invented for transport of injured large animals.

As the PSCPA gained ground, it was able to shift focus from solely helping horses to broader animal welfare issues. Working with the Pennsylvania railroad, the PSCPA created humane transport cars for livestock. Today, as horse labor has tapered off, the society works primarily with companion animals, such as dogs and cats, providing shelter, adoption services, owner education about spaying and neutering, and low cost veterinary care. 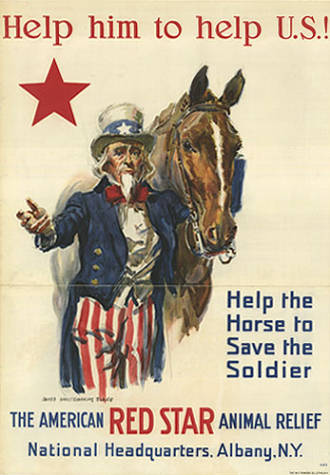 In 1916, during the first World War, Secretary of War Newton D. Baker wrote the American Humane Association seeking aid for horses injured during battle. Similar to the Red Cross, which aided wounded soldiers, Red Star Animal Relief sought to provide care to more than 240,000 horses and mules used for transport of supplies as well as in direct combat. Currently, the Red Star Animal Emergency Services attends to the animal victims of natural and man made disasters such as floods, chemical spills, and hurricanes. The organization is equipped with emergency response vehicles, specialized rescue equipment, and a fleet of emergency volunteers stationed across the country. 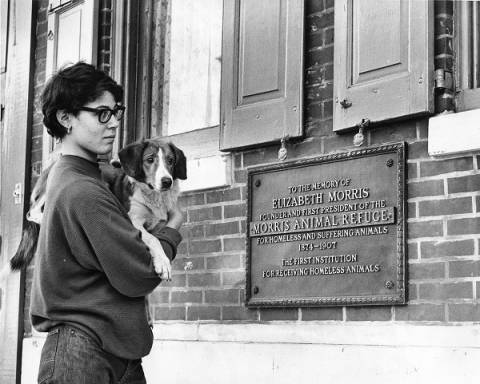 Here, in a photograph dated 1970, a woman brings a dog to the Morris Animal Refuge, located in Center City Philadelphia. The organization has been operating since 1874, when Elizabeth Morris, an animal welfare pioneer in the U.S., opened the doors to homeless animals. The refuge, the first to accept homeless cats, boasts that in more than 135 years no animal has ever been turned away from its doors. Dogs, cats, and other small animals are taken in and given a second chance at finding a loving home free from abuse and neglect. The refuge is a private, non-profit organization and reflects a commitment on behalf of some Philadelphians to protect and provide for the city's animal population. 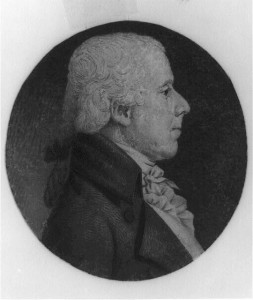 Shown in an engraving from 1802, Benjamin Rush was a prominent animal protection advocate during the early years of the United States. (Library of Congress)

Rush’s pleas were answered in 1788, when Pennsylvania’s Supreme Court rendered its decision in Republica v. Teischer. The defendant was accused of willfully and maliciously killing his horse. The court viewed this cruel act as destroying his moral sensibility and therefore making him unfit to be a virtuous citizen. The guilty verdict marked the first documented case of an American being convicted of animal cruelty.

Bill Leon Smith is pursuing his PhD in Early American History at the College of William and Mary. He is also an Associate Fellow with the Oxford Centre for Animal Ethics. His research focuses on the development of animal ethics and other forms of humanitarianism during the eighteenth century. Prior to William and Mary, he served as a World History teacher at Burlington Township High School, in Burlington, New Jersey.