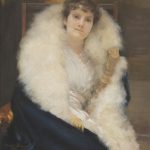 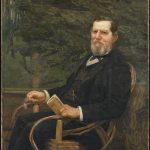 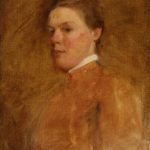 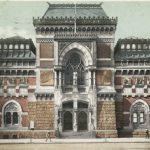 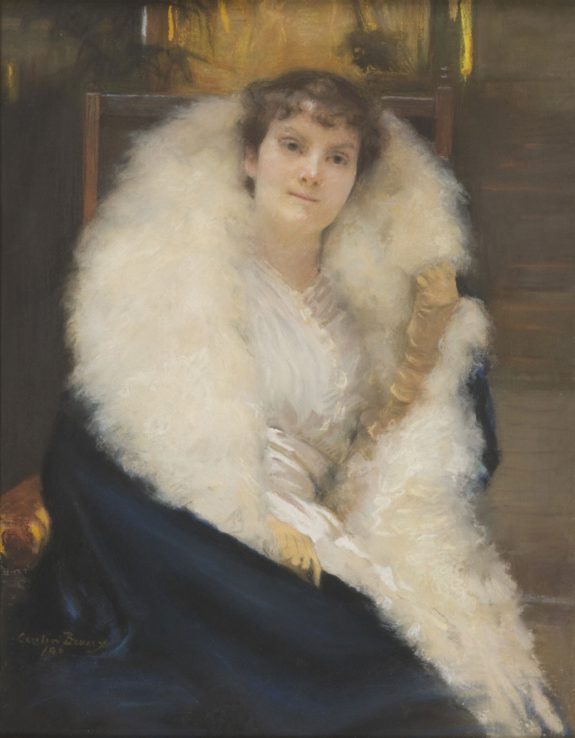 Beaux’s portraits were highly sought out by Philadelphia’s wealthy and elite. Many distinguished Philadelphians were also her friends, such as Ethel Page (Mrs. James Large), whose family traced its lineage to Roger Williams, the founder and governor of Rhode Island. The two women met in 1876, and Beaux painted her portrait many times using various techniques and styles that she developed and favored over the years. This pastel portrait has affinities with the elegance, informality, and dramatic brushwork seen in the society portraits of John Singer Sargent. Beaux’s novel composition envelops her sitter in softness and atmosphere, reaffirming the warmth and familiarity they shared. 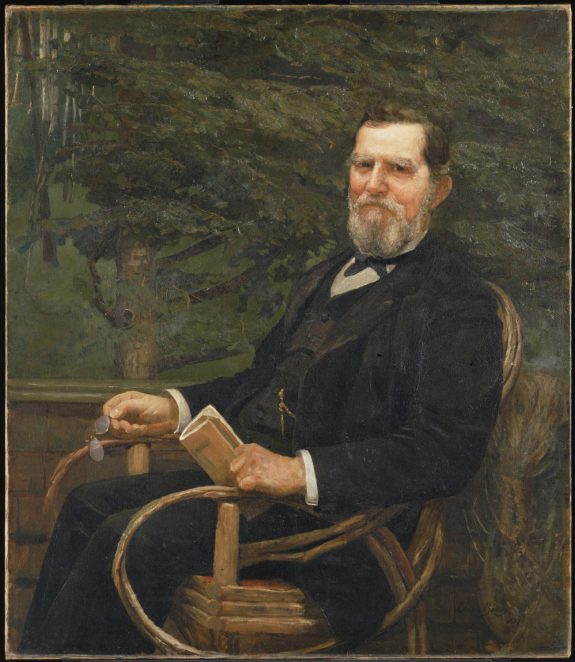 George Burnham was chief financial officer of Philadelphia’s Baldwin Locomotive Works and a prominent member of the First Swedenborgian Church. In the summer of 1886 he asked Beaux to come to his summer home in Lake George, New York, to paint a portrait of him. The sitter’s attire, demeanor, and attributes such as the gold pocket watch, glasses, and book, all point to a man of wealth, dignity and learning. Beaux enlivens the somber palette with glints of sunshine on the face, rustic rocker, and birch trees, presaging her en plein air (outdoor) studies in France a year later. 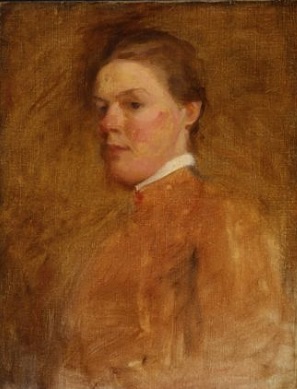 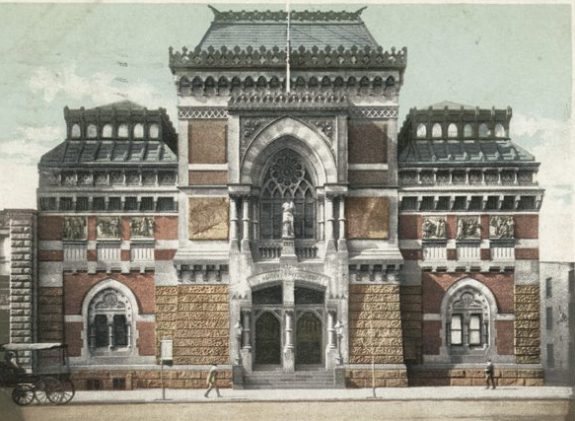 Founded in 1805 by painter and scientist Charles Willson Peale and other civic-minded Philadelphians, the Pennsylvania Academy of the Fine Arts was originally housed in the American Theater at Tenth and Chestnut Streets. In 1876 the Academy moved to a new building designed by Frank Furness and George W. Hewitt at Broad and Cherry streets (depicted at left). It was designated a National Historic Landmark in 1975.

Beginning in 1844, the Academy’s Board of Directors approved the use of gallery space by female students three times a week. This decision led to an increased presence of women in many roles. Though they exerted influence behind the scenes, it was not until 1878 that Catherine Drinker became the first woman to teach at the academy and nearly another twenty years before Cecilia Beaux, who had studied there, was asked to become a full-time instructor. The Academy was unique in that it became the earliest school to allow women to study in classes, a more progressive stance than in Europe, where women were refused admission to official art academies.

In addition to its art school, the Academy houses a museum, which presents the work of faculty and alumni as well as established and avant-garde contemporary artists. Pieces are continuously added to the collection, and the Academy maintains a balance between historic, modern, contemporary art. 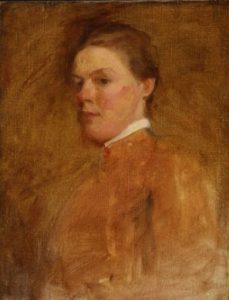 Beaux painted this self portrait after studying in Paris and returning to Philadelphia in 1889. (National Portrait Gallery, Smithsonian Institution, image provided by Smithsonian American Art Museum) 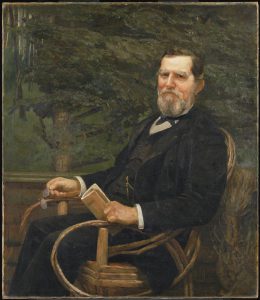 Tappert, Tara L. Cecilia Beaux and the Art of Portraiture.  Washington, D.C.: Published for the National Portrait Gallery by the Smithsonian Institution Press, 1995.

Toohey, Jeanette M. “Intricacies and Interdependencies”: Cecilia Beaux and the Pennsylvania Academy of the Fine Arts.”  Pennsylvania Magazine of History and Biography 124.3 (July 2000): 349-74.