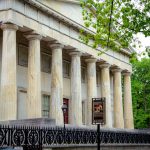 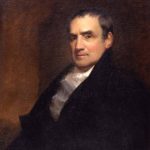 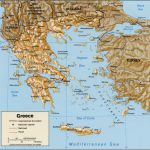 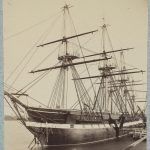 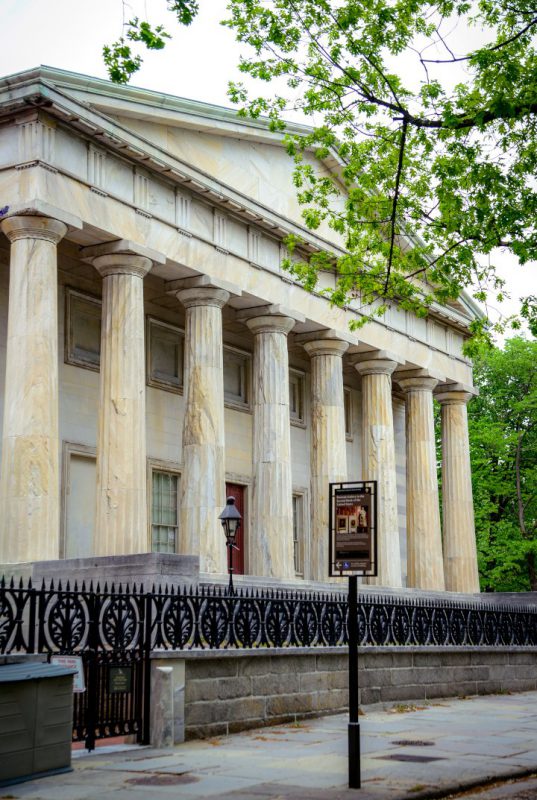 The Chestnut Street frontage of the Second Bank of the United States is an example of Greek Revival architecture, a style adopted for various public buildings in the early years of the United States in tribute to Greece's role as birthplace of Western civilization and incubator of democracy. That history also compelled many prominent Philadelphians to support the Greek war for independence. In 2017, the building on Chestnut between Fourth and Fifth Streets housed a portrait gallery of historic figures. 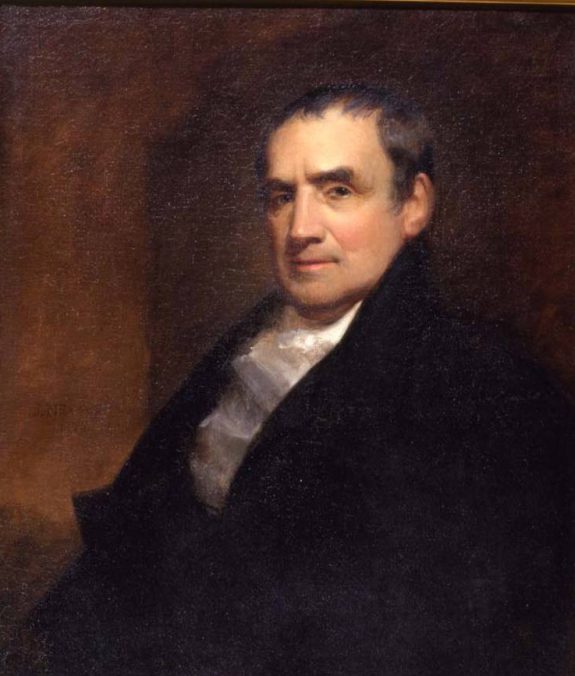 Born in Dublin, Ireland, in 1760, Mathew Carey migrated to America in 1784. While in Ireland, Carey faced a backlash from the British Parliament over his writings on Irish nationalism and Catholic emancipation. Given his own background, Carey found a strong bond with those fighting for freedom in Greece in the 1820s, and along with other prominent Philadelphians he formed a committee to assist those fighting for independence in Greece.

Upon his arrival in Philadelphia, Carey began a promising career as a publisher and journalist. Along with his newspaper printing, he published Bibles, maps, novels, schoolbooks, and almanacs. Because the country lacked international copyright laws, Carey republished numerous British books for an American audience. His success as a publisher led to the creation of a book fair in 1801, alternating between Philadelphia and New York.

Besides his publishing, Carey was active in many other disciplines. He belonged to the American Philosophical Society and the Franklin Institute, and established the Hibernian Society. By the 1820s Carey began slowly moving away from publishing and made a name for himself as an economist with essays on political economy and tariffs on imports. After an economic collapse that came to be known as the Panic of 1819, Carey helped to establish the Pennsylvania Society for the Promotion of Internal Improvements. Though he began his life in America fleeing political and religious persecution, Carey used his experiences to aid the cause of independence. 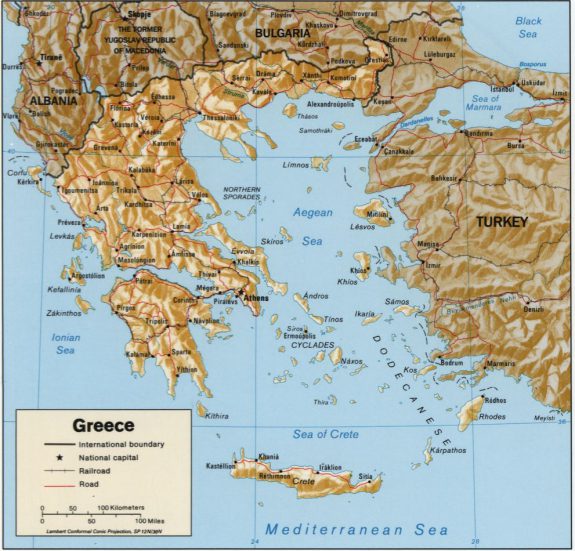 After a seven-year battle, Greece gained independence from the Ottoman Empire in 1828. Many in Philadelphia felt a kinship between the city and Greece, separated by five thousand miles, because both locations had key roles in the history of democracy. On this map, the lighter-brown areas show Greece after its independence, borders that remained in the early twenty-first century. 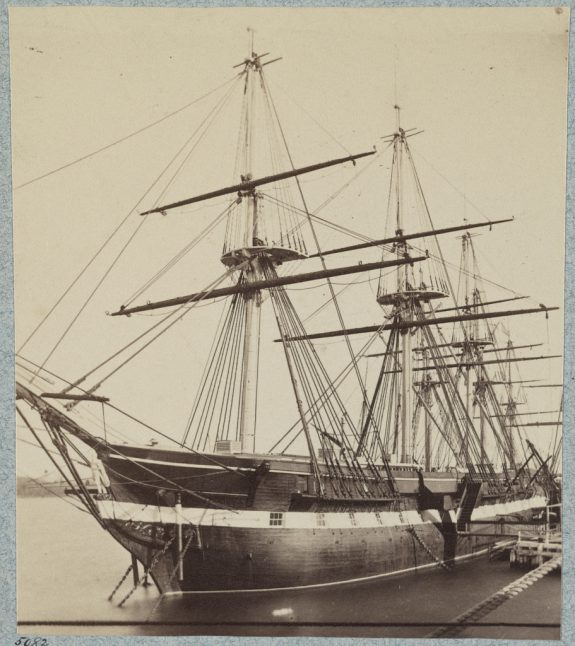 In the 1820s during the war for Greek independence, the U.S. frigate Constitution was dispatched to aid Americans residing in Greece. Its duties included ensuring the safe passage of cargo ships. The naval ship, nicknamed Old Ironsides, was retired from active duty in 1881, but in the early twenty-first century remained popular as a museum ship based in Boston. 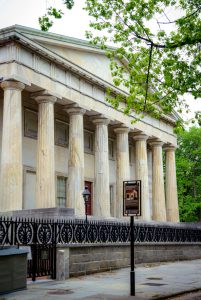 The columned Second Bank of the United States, located in Old City, was the first example of truly Greek Revival architecture in the early United States. Prominent Philadelphians supported the Greek independence effort, and the use of the Greek building style was a nod to that country’s role as birthplace of Western civilization. (Photograph by M. Kennedy for Visit Philadelphia)

Similar committees formed in almost every region of the United States. New York was the leading center, coordinating the collection of funds throughout the nation. Philadelphia’s failure to surpass New York was the result of strong Quaker objections. With a number of individuals reluctant to support measures that promised to aid military operations in Greece, the Philadelphia committee chose to act independently. Despite Quaker opposition, Philadelphia nonetheless came in second to New York in the amount raised, contributing $3,900 in aid. 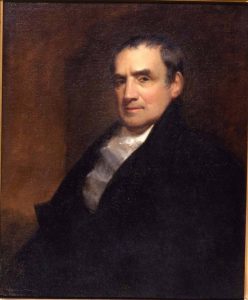 Vital to the fund-raising efforts in Philadelphia, Irish immigrant and publisher Mathew Carey sought to help refugees affected by the war in Greece. (Library Company of Philadelphia) 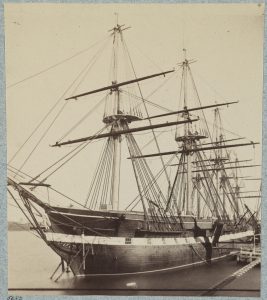 In the 1820s during the war for Greek independence, the U.S. frigate Constitution was dispatched to aid Americans residing in Greece. One of its duties included ensuring the safe passage of cargo ships. The naval ship, nicknamed Old Ironsides, was retired from active duty in 1881, but in the early twenty-first century remained popular as a museum ship based in Boston. (Library of Congress)

Angelo Repousis received his Ph.D. from Temple University and teaches there as an Adjunct Assistant Professor of History.

Cline, Myrtle A. American Attitude Toward the Greek War for Independence, 1821-1828. Atlanta: Higgins-McArthur, 1930.