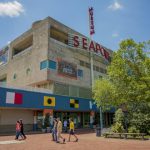 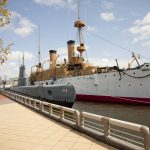 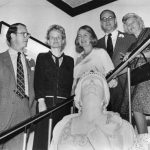 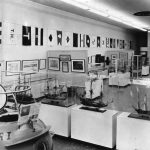 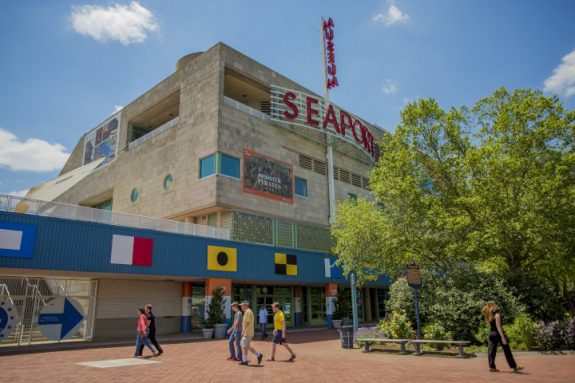 The Philadelphia Seaport Museum houses an extensive collection of maritime artifacts and documents, as well as exhibits focusing on the maritime history of the Greater Delaware Valley. The museum's current building, acquired in the early 1990s, originally housed the Port of History Museum built following the 1976 Bicentennial. A $15 million renovation and expansion beginning in 1994 added space for exhibits, educational programs, storage areas, and a library. 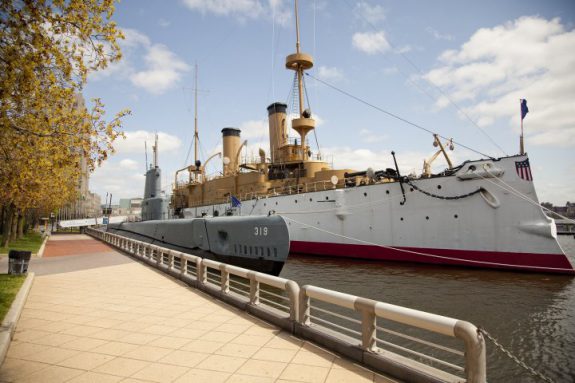 The Becuna was commissioned in 1944 during World War II and was part of the Southwest Pacific Fleet commanded by General Douglas MacArthur. The 307-foot-long, Balao-class submarine operated in the Philippines, the Java Sea, and the South China Sea during the war. The submarine was decommissioned in 1969.

The Olympia, a cruiser launched in 1892, saw wartime action in the Spanish-American War, First World War, and as an allied vessel in the Russian Civil War. The Olympia was decommissioned in 1922. 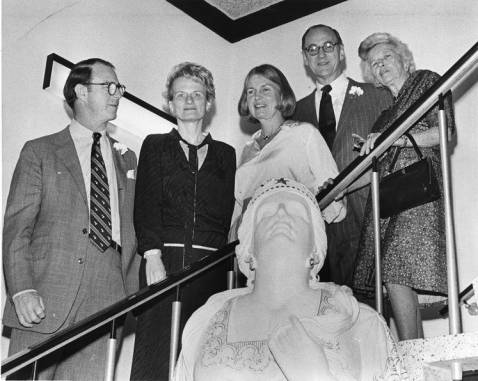 Joseph Welles Henderson (second from right) amassed a large collection of maritime artifacts throughout his life. After exhibiting his collection in museums along the East coast, in 1960 Henderson opened the Philadelphia Maritime Museum, which later became the Independence Seaport Museum. In tribute, the Seaport Museum’s archives and library collections bear Henderson’s name.

Henderson is pictured here in 1979 at a fund-raising party the Maritime Museum with guests and, in the foreground, a ship's figurehead, c. 1856. 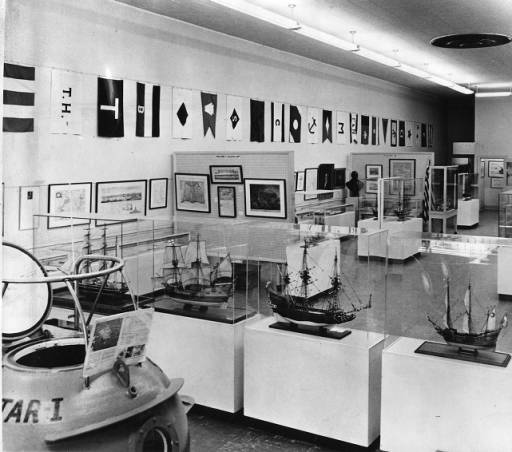 Exhibit at the Maritime Museum

This 1974 photograph captures a sample of the artifacts at the Philadelphia Maritime Museum, including ship models, ship flags, and images of vessels at sea.

The Independence Seaport Museum, originally called the Philadelphia Maritime Museum, addressed the lack of written history of the Port of Philadelphia by collecting, documenting, and exhibiting the region’s nautical legacy. Founded in 1960 by attorney, civic leader, and maritime collector Joseph Welles Henderson (1920-2007), the museum focused on the maritime history of Pennsylvania, New Jersey, and Delaware and aimed to commemorate the leading role of Philadelphia and surrounding ports in the maritime development of the United States.

As the son of an admiralty lawyer, Henderson’s enthusiasm for maritime history and artifacts began at a very young age. After years of collecting and curating, in 1956 and 1957 Henderson displayed a Port of Philadelphia exhibit at several institutions, including the Peabody Museum of Salem, Massachusetts, and the Free Library of Philadelphia. After exhibiting parts of his collections at other institutions, Henderson established a charitable trust and founded the Philadelphia Maritime Museum on February 6, 1960. 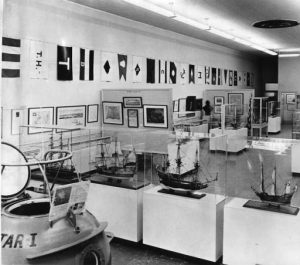 Located at first in a rented room at the Athenaeum of Philadelphia, 219 S. Sixth Street, the Philadelphia Maritime Museum opened on May 19, 1961. Over the next year, the trustees established an advisory board, the members of which were called Port Wardens, and Henderson brought on two part-time directors and a librarian to catalog his collection and design exhibits. Over the next decade, his determination, a growing base of wealthy museum members, and larger-than-expected crowds propelled the museum’s continued development, including further cultivation of collections and professional museum staff. The museum generated public interest by offering lectures, educational workshops, diverse programming, and exhibits.

Seeking to expand, in 1965 the Maritime Museum moved to a former bank building at 427 Chestnut Street. The new location made it possible to add a maritime library, which had been part of the original plan for the museum. With additional training of its personnel and a growing collection, by this time the museum had become firmly established as the preeminent authority on the history of the port of Philadelphia and surrounding ports.

As the size of the Maritime Museum expanded, so did the nature of its programming. In the midst of the Space Race, in 1968 the museum opened an “Underwater Museum” gallery to explore another frontier by focusing on “the activities of a new breed of man—homo aquaticus—the underwater-man.”  In need of increased space and capacity to accommodate its continued growth, the Maritime Museum purchased the former home of the Philadelphia National Bank at 321 Chestnut Street, where it opened to the public on December 12, 1974. Later, in 1982, it added a boat-building facility called “Workshop on the Water” at Penn’s Landing on the Delaware River. This workspace and exhibit area operated on the covered-steel lighter barge Maple, which was given to the museum in 1980. A practical extension of the museum’s mission, Workshop on the Water preserved and taught the skills and traditions of wooden boat building and sailing. In subsequent years, the workshop continued to support professionals and enthusiasts in maintaining, restoring, and building boats. 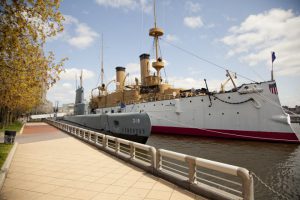 Two of the Independence Seaport Museum’s most iconic attractions are the submarine Becuna (left) and the cruiser USS Olympia (right), vessels that have long been moored at Penn’s Landing and whose care was assumed by the museum in 1996. (Visit Philadelphia)

Looking to further expand and be on the water, in the early 1990s the Maritime Museum acquired a building on Penn’s Landing that originally housed the Port of History Museum, which was built in the years following the 1976 Bicentennial.  A $15 million renovation and expansion beginning in 1994 added space for exhibits, educational programs, storage areas, and a library. The newly renamed Independence Seaport Museum opened to the public in July 1995. A few months later, in January 1996, the museum took responsibility for two National Historic Landmark vessels, the cruiser Olympia and submarine Becuna. Preservation and maintenance of these historic ships proved expensive, though, and the Independence Seaport Museum announced in 2010 that the Olympia required over $10 million worth of repairs and maintenance that the museum did not have. After much consideration, partnership-building, and fund-raising, it was determined in 2014 that the museum would remain as the Olympia’s steward. It embarked on a first phase of maintenance to the cruiser, and continued to raise funds for further repairs.

The Independence Seaport Museum fell on hard times in 2007 after a scandal involving its former director, John S. Carter (b. 1950), who was convicted of embezzling over $1.5 million from the institution. Following a period of introspection, the museum returned to its mission of engaging with the Delaware River Watershed through history, science, art, and community. It carried out the mission through programs such as changing exhibits, a community gallery, citizen science labs, environmental programs, summer camp programs, Workshop on the Water, and public and private events. In 2017, the  museum received a $1.2 million grant from the William Penn Foundation to expand its River Alive! exhibition, focused on the science, ecology and stewardship of the Delaware River watershed. The  museum remained a collecting institution and home to the J. Welles Henderson Archives and Library, named for the museum’s founder, seeking to document, interpret, educate, and engage with the Philadelphia region’s waterways.

Grace Schultz earned an M.A. in History with a concentration in Public History from Temple University and is an Archives Technician at the National Archives at Philadelphia.