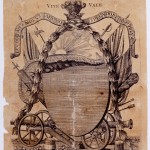 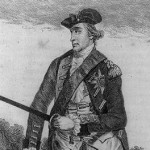 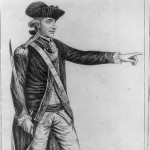 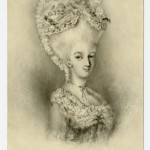 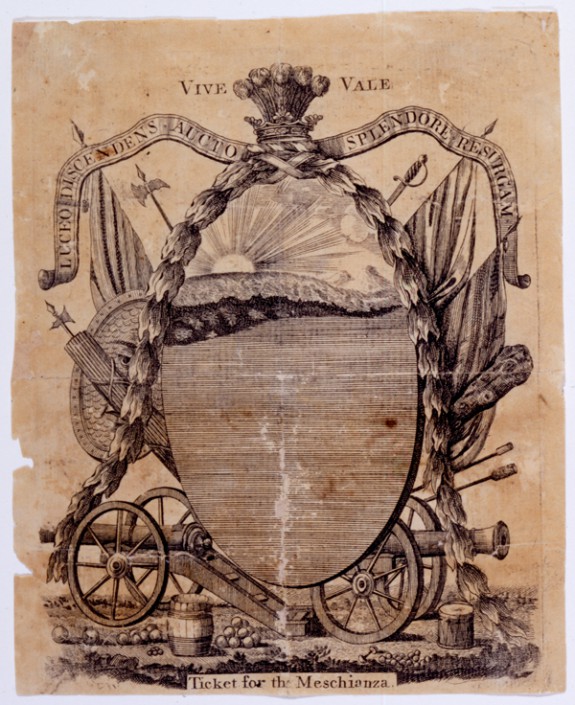 The opulence of the Meschianza can be seen in the tickets that were engraved for the event. Over four hundred elite Philadelphians and British residents of the city were invited to the Wharton family's Walnut Grove mansion in what is now South Philadelphia in tribute to General Sir William Howe, who was resigning as commander in chief of the British Army in America. The event was held on May 18, 1778, and ended with a lavish dinner and ball held in a richly decorated tent. The grandeur of the Meschianza revealed the insensitivity of Philadelphia’s upper class to the political aspirations and material deprivations of ordinary citizens caught in the middle of the Revolutionary War. 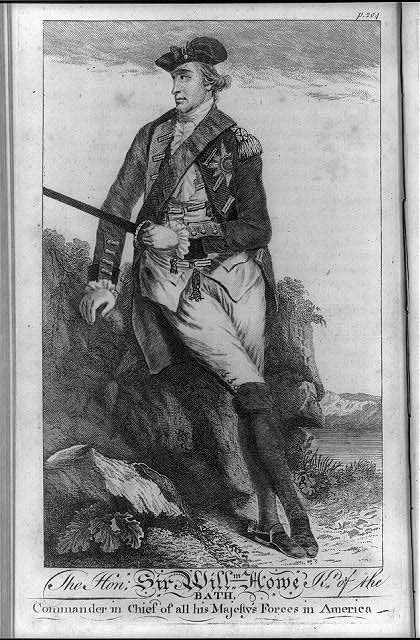 Sir William Howe, Commander in Chief of the British Army in America 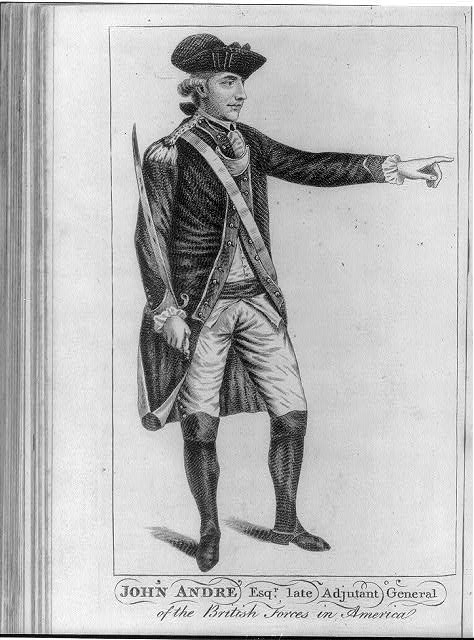 
Major John Andre, who organized the Meschianza in 1778, was depicted in an illustration in Walkers Hibernian magazine, Dublin, in 1780. 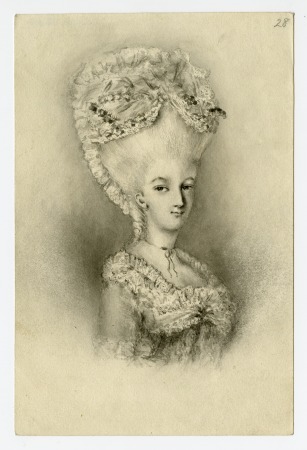 Margaret “Peggy” Shippen, the second wife of infamous traitor Benedict Arnold, was a member of Loyalist society during the Philadelphia campaign. Shippen was raised in a prominent Loyalist household and educated in politics and finance by her father, Judge Edward Shippen IV. During the occupation in 1777, the Shippen family's Society Hill home was frequently visited by British officers. It was through one of these social visits that Shippen was introduced to Captain John André.

In May 1778, André planned an extravagant celebration of General Sir William Howe, who was retiring from his post as commander in chief of the British armed forces in America. The celebration was dubbed the Meschianza—Italian for a medley or mixture—and festivities ranged from a jousting match to a regatta. Though there is some modern debate on whether she actually attended, André counted Shippen and her two sisters among the 400 guests. One month after the Meschianza, the British were forced to evacuate Philadelphia. Shippen remained a Loyalist and aided husband Benedict Arnold in his 1779 conspiracy to surrender West Point. She died in 1804. This lithograph, based on a 1777 sketch by André, shows Shippen in a headdress designed for wear at the Meschianza. 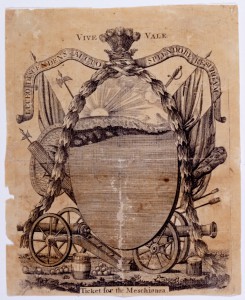 The Meschianza was an elaborate celebration held for Sir William Howe in 1778 in recognition of his service to the Crown. Ornately engraved tickets like this one were used by over 400 elite Philadelphians and British members of society to attend the lavish affair, which included jousting and a regatta on the Delaware. (Library Company of Philadelphia)

Christian DuComb, Ph.D., is an assistant professor of theatre and English at Colgate University and the author of Haunted City: Three Centuries of Racial Impersonation in Philadelphia (Ann Arbor: University of Michigan Press, 2016).

André, John. “Particulars of the Mischianza Exhibited in America at the Departure of Gen. Howe.” Gentlemen’s Magazine. August 1778: 353-357.

Fuller, Randall. “Theatres of the American Revolution: The Valley Forge Cato and the Meschianza in their Transcultural Contexts.” Early American Literature. 34.2 (1999): 126-146.

Ward, Sophie Howard. “Major André’s Story of the Mischianza: From the Unpublished Manuscript.” The Century: A Popular Quarterly. (March 1894): 684-691.

Watson, John Fanning. Annals of Philadelphia: Being a Collection of Memoirs, Anecdotes, and Incidents of the City and Its Inhabitants. Philadelphia, 1830.