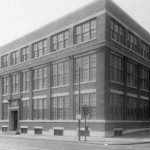 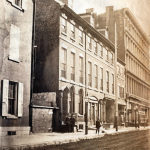 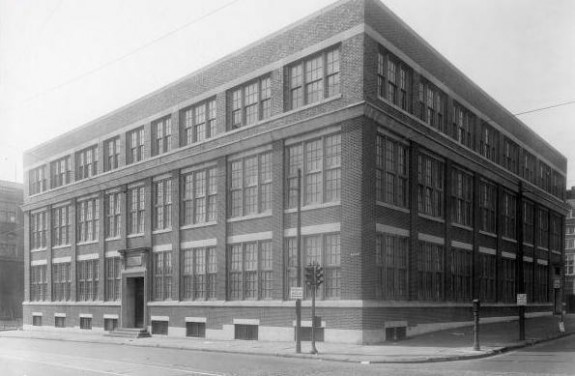 The Moore School at the University of Pennsylvania

The Moore School building at the University of Pennsylvania, in West Philadelphia, held the Graduate Group in Computer and Information Science during the years that the Philadelphia Social History Project was active. Many of the computer scientists who worked on the project originated at this school. The programs they developed for use on the project allowed for unique links to be formed between data sets, enabling individuals to be traced across the data for multiple years, resulting in deeper analysis of the data. 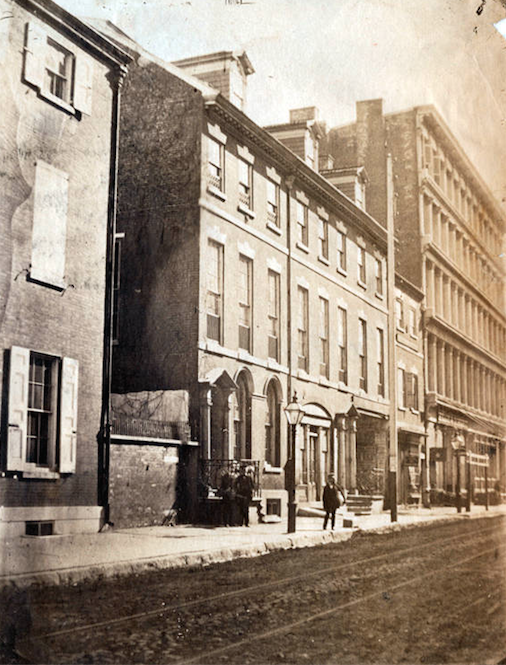 This 1857 photograph shows the neighborhood around the corner of Chestnut and Fifth Streets, which contained both residences and businesses. Neighborhoods such as this were included in the Philadelphia Social History Project, in which Theodore Hershberg and his associates used data from the Pennsylvania Abolition Society, Society of Friends and U.S. Census, among other sources, to generate a database reflecting the population of neighborhoods. Though it was focused on ethnic minorities and specifically the African American community, the PSHP was eventually expanded to include information about native-born whites after receiving grants from the National Institute of Mental Health and other organizations. 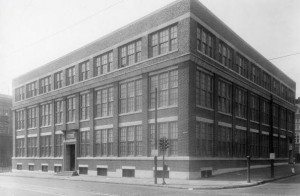 The Moore School building at the University of Pennsylvania, where many of the software engineers who worked on the PSHP were based. 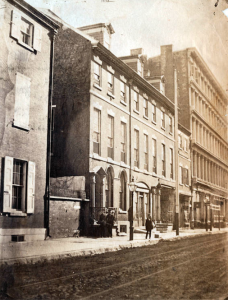 The Philadelphia Social History Project used census records and other data to create a database of the population of nineteenth-century neighborhoods such as this one, on Chestnut near Fifth Street, in 1859. (Library Company of Philadelphia)

Conk, Margo. “Industrial Philadelphia,” review of Philadelphia: Work, Space, Family, and Group Experience in the Nineteenth Century, Essays Toward an Interdisciplinary History of the City, ed. by Theodore Hershberg, Pennsylvania Magazine of History and Biography, July 1, 1982 (vol. 106, no. 3): 423-31.

Furstenberg, Frank Jr., Theodore Hershberg, and John Modell. “The Origins of the Female-Headed Black Family: The Impact of the Urban Environment,” Journal of Interdisciplinary History, vol. 6, no. 2 (September 1975), 211-33.

Hershberg, Theodore. “A Method for the Computerized Study of Family and Household Structure Using the Manuscript Schedules of the U.S. Census of Population, 1850-1880,” The Family in Historical Perspective, no. 3 (Spring 1973), 6-20.

Seaman, Jeff, and Gretchen Condran. “Nominal Record Linkage by Machine and Hand: An Investigation of Linkage Techniques Using the Manuscript Census and the Death Register, Philadelphia, 1880,” 1979 Proceedings of the Social Statistics Section of the American Statistical Association, 678-683.