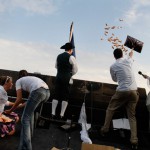 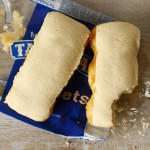 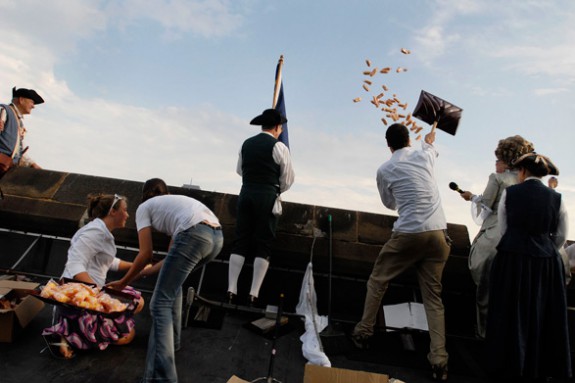 In Philadelphia, Tastykakes show up everywhere—even at commemorations of historic events.

As America’s first capital and an epicenter for Enlightenment thinking, Philadelphia has strong ties to France that are still celebrated today. One example is La Fête National—known in the United States as Bastille Day—the French national holiday marking the July 14, 1789, storming the Bastille prison and the beginning of the French Revolution.

While France celebrates by throwing large military parades, Philadelphians honor their fellow revolutionaries by reenacting the storming of the Bastille at the old Eastern State Penitentiary in the Fairmount neighborhood of the city.

Actors entertain crowds by dressing in period garb, as well as depicting characters from popular culture. In this image, an actor dressed as Marie Antoinette shouts the beheaded queen’s famously misunderstood catchphrase, “Let them eat cake!” At that point, hundreds of small, wrapped cakes are tossed to the crowd. This being Philadelphia, the cakes, of course, are Butterscotch Krimpets, a classic Tastykake product introduced in 1927. 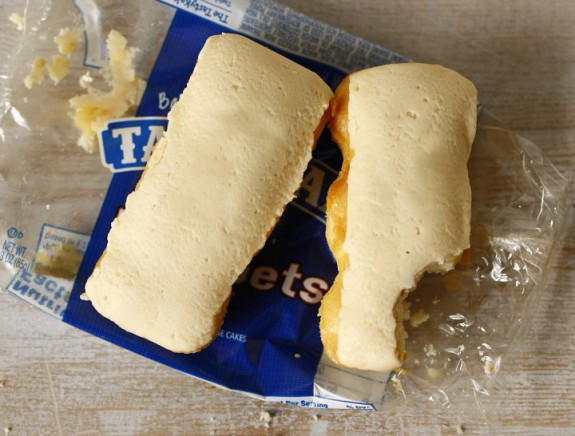 Tastykake founder Herbert T. Morris’ wife came up with the company’s name when she pitched the new bakery’s sample cakes as “tasty.” This photo shows a Krimpet, a sponge cake with either butterscotch icing or jelly filling. Krimpets, first produced in 1927, were preceded by Chocolate Juniors in 1917 and succeeded by apple pies in the 1930s. The Tandy Kake, later renamed Kandy Kake, is an angel-food cake topped with peanut butter and covered in hard chocolate that debuted in the 1930s as well, though it originally did not contain peanut butter. In the twenty-first century, Tastykake continues to expand its product line, offering cakes, pies, doughnuts, brownies, danishes, cookies, low-fat alternatives, and seasonal items. The Kandy Kake is the company’s best-selling item each year. 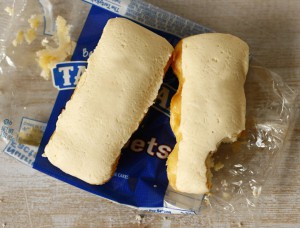 Tastykake founder Herbert T. Morris’ wife came up with the company’s name when she pitched the new bakery’s sample cakes as “tasty.” This photo shows a Krimpet, a sponge cake with either butterscotch icing or jelly filling. (Visit Philadelphia)

J.D. Bowers is Associate Vice Provost for University Honors and Associate Professor of History at Northern Illinois University. A native of Pennsylvania, he still has Tastykakes regularly shipped to him.