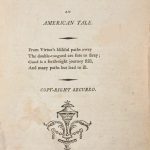 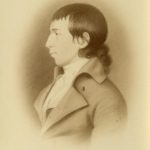 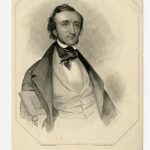 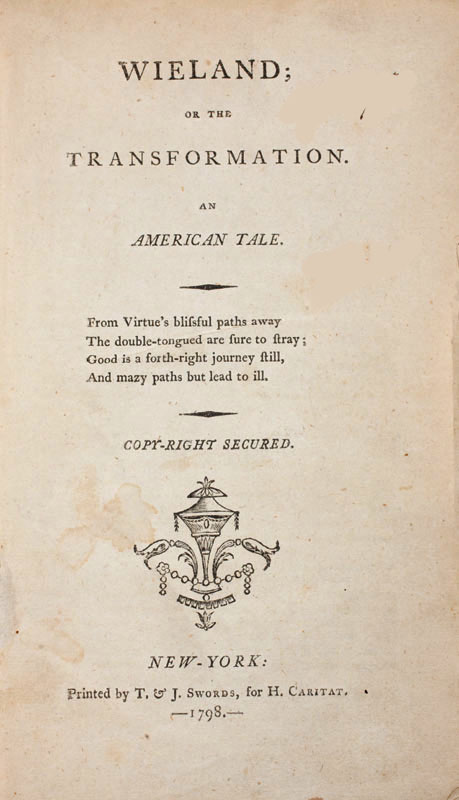 Charles Brockden Brown’s novel Wieland; or the Transformation: An American Tale (1798) is characterized by its use of sensational violence and intensity, as well as its discussion of political issues and religious controversies. Published soon after the nation’s founding, Wieland highlighted tensions felt on American soil during this tumultuous time.

This title page from the first edition documents its publication in New York by T. & J. Swords for Louis Alexis Hocquet de Caritat, a French-born bookseller doing business in that city. The verse on the title page reads:

From Virtue's blissful paths away The double-tongued are sure to stray; Good is a forth-right journey still, And many paths but lead to ill. 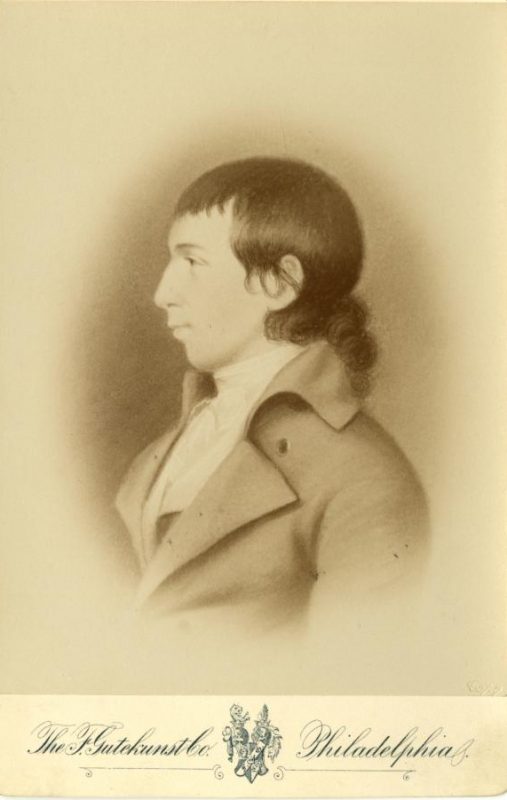 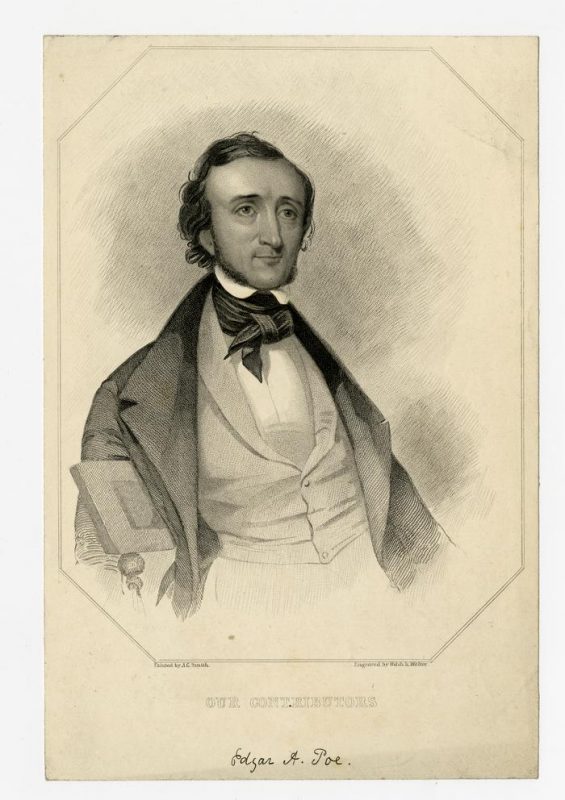 Edgar Allan Poe, an American author and poet, lived in Philadelphia for six years (1838–44). Along with other nineteenth-century Romantic and Realist authors, Poe continually lauded Charles Brockden Brown’s novels as the first of the American Gothic literary genre. This print features an 1844 engraving of Poe by the Philadelphia firm Welch & Walter, after a watercolor painted by A.C. Smith while Poe lived in Philadelphia.

Since its founding in 1902, the Franklin Inn Club, located at 205 S. Camac Street, has provided a comfortable, private arena for Philadelphia’s cultural leaders to discuss the arts. This 1907 meeting program features a portrait of Charles Brockden Brown on its cover. The club had planned a dual event for the 201st celebration of Benjamin Franklin’s (1706–90) birthday: an observance Franklin’s life as well as a commemoration of the life and work of Brown, the author of Wieland; or, the Transformation: An American Tale. At the event, the club unveiled a plaque featuring the Philadelphia author recognition of the recent discovery of his unmarked grave by one of the club’s members. Brown, recognized as the first American novelist, died almost one hundred years earlier, in 1810.

Wieland; or, the Transformation: An American Tale 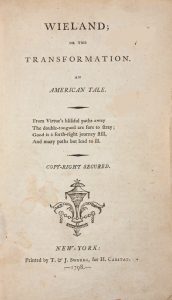 This title page is from the first edition of the novel, published in 1798; the story was translated and published in French a decade later. (Library Company of Philadelphia)

Lawrence L. Mullen is a Master of Fine Arts in Creative Writing candidate at Arcadia University.

Site of office of James Watters, editor of Weekly Magazine (where Brown published several of his novel), Willing’s Alley (south of Walnut Street between Third and Fourth Streets), Philadelphia.