The novel’s subplots reflect the author’s experiences growing up in a Philadelphia Quaker merchant family during the era of the American Revolution and Quaker activism against slavery. Arthur Mervyn includes reflections on slavery and dramatizes financial institutions, practices, and legal concerns surrounding the slave trade. Many nameless slaves, bound servants, free Blacks, and laboring-class whites featured in Arthur Mervyn embody the shifting class and racial social organization of the late eighteenth and early nineteenth centuries. Scholar James H. Lustus has linked the physical impact of the yellow fever to the symbolic manifestation of moral “pollution,” a word Mervyn frequently uses in the novel. The term embodies the licentiousness, greed, and deception permeating Philadelphia at the time. Arthur Mervyn ends with the protagonist marrying Achsa Fielding, a rich widowed Jewish woman, an act that illustrates the character’s new approach to social relations.

Kristi Collemacine is an English M.A. candidate at Rutgers University-Camden, where she is a part-time lecturer. She also teaches at the Community College of Philadelphia. (Author information current at time of publication.) 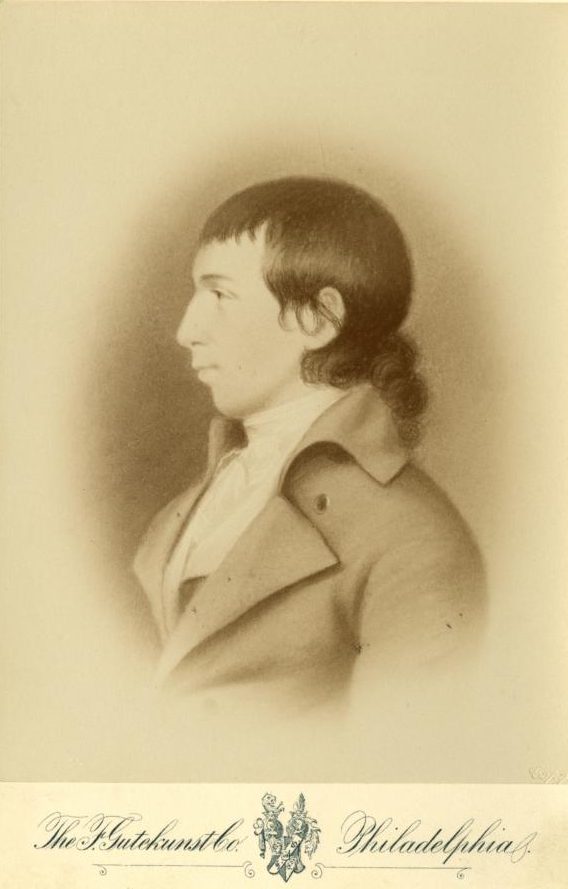 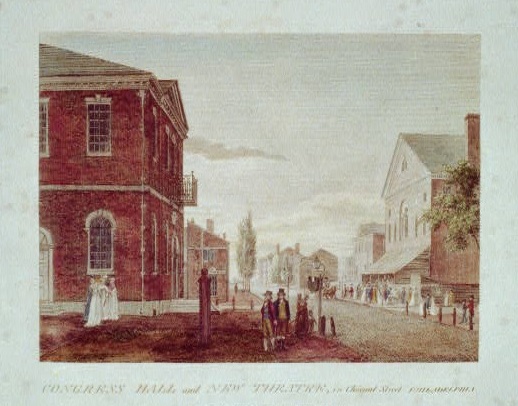 Charles Brockden Brown depicted Philadelphia as a city in chaos during the yellow fever epidemic of 1793. The epidemic occurred during Philadelphia's decade as capital of the United States. By the end of the decade, William Birch depicted a more sedate city in his series of prints, published in 1800. This plate depicts Congress Hall (left) and the New Theater on Chestnut Street. 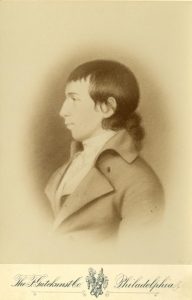 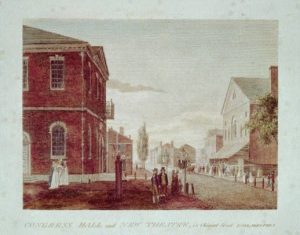 Davidson, Cathy N. Revolution and the Word: The Rise of the Novel in America. New York: Oxford University Press, 2004.

Kafer, Peter. “Charles Brockden Brown and Revolutionary Philadelphia: An Imagination in Context.” Pennsylvania Magazine of History and Biography 116, no. 4 (1992): 467-98.