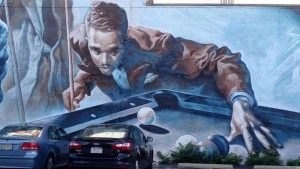 Billiards has been played in Philadelphia since at least the late 1700s. Played on a table with six pockets and either nine or fifteen balls, billiards is referred to as pocket billiards and is popularly known as “pool” in the United States. By the mid 1800s, the more-affluent members of Philadelphia society were playing billiards in exclusive men’s clubs while working-class men played ...