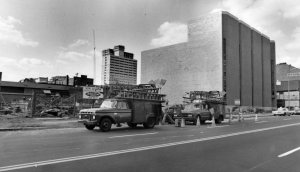 The University City Science Center, the nation’s first and oldest urban research park, represents a pivotal chapter in the story of American urban renewal, its associated racial tensions, and the important role played by institutions of higher education. Established in 1960 in West Philadelphia adjacent to and intertwining the campuses of the University of Pennsylvania ...