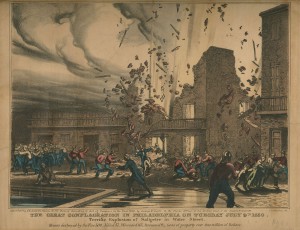 The Mid-Atlantic gunpowder industry flourished in the nineteenth century along the Brandywine River in Delaware and spread into Pennsylvania, New Jersey, and other states. Long synonymous with the name duPont, the industry began in 1802 when Eleuthère Irénée duPont (1771–1834), a French refugee and former student of famous chemist Antoine Lavoisier (1743–94), began manufacturing gunpowder ...