City and state politicians representing Northeast Philadelphia, deeply unsettled by the shifting economy and demographic makeup of the city in the 1980s, proposed seceding to create “Liberty County,” a separate, suburban municipality to ostensibly address taxpayers’ demands for improved municipal services. The primary impetus for such a radical step, however, was reaction to Philadelphia’s first African American mayor, W. Wilson Goode (b. 1938), whose election in 1983 further stoked racial anxieties throughout Northeast Philadelphia. Supporters of secession pressed for independence from the city throughout Goode’s two terms as mayor, but after his reelection in 1987 the movement diminished as many residents, refusing to acknowledge Goode’s municipal contributions to their neighborhoods because of his race, chose to move to the suburbs rather than continue the fight.

A rising political star in Philadelphia politics who had served as managing director for Mayor William Green (b. 1938), Goode campaigned throughout Northeast Philadelphia in an effort to convince skeptical white voters that he would improve municipal services if elected mayor. Residents remained hostile to Goode’s candidacy, however, largely because of his race.  Shortly after his election, Frank “Hank” Salvatore (1922-2014), a Republican state representative from Far Northeast Philadelphia, submitted a bill to the Pennsylvania legislature proposing that Northeast Philadelphia secede from the city to become a separate entity to be known as Liberty County. Goode countered by working to establish an amicable relationship with business and civic organizations in the  Northeast and promising in 1984 to build “a mini-City Hall” there.  His efforts fell short, however, as Northeast city council representatives Joan Krajewski (1934-2013) and Brian O’Neill (b. 1949) remained skeptical of Goode’s intentions, eventually joining an emerging chorus of community activists who questioned whether the mayor could fulfill his promise to build a municipal services center.

In May 1985 relations between Goode and his Northeast constituents took a further turn for the worse.  Following the tragically botched effort to remove the Black nationalist and anarcho-primitivist group MOVE from Osage Avenue in West Philadelphia on May 13, Northeast residents began to speak fearfully of the possibility that Goode might similarly resort to dropping explosives on their neighborhoods if they failed to comply with his executive authority.  Even as the city launched a formal investigation into the mayor’s handling of the crisis, Hank Salvatore sought to capitalize on the mayor’s political misfortunes by demanding a concurrent state legislative inquiry about the mayor’s actions against MOVE and its compound. Not to be cowed, Goode rebuffed his white political and civic-minded critics and made good on his promise for a Northeast “mini-City Hall,” which opened at the Northeast Shopping Center at Roosevelt Boulevard and Welsh Road in September 1985.

Goode’s action failed to alter the situation and animus against him in the Northeast peaked just months later in July 1986 during a municipal services strike that left piles of trash strewn on neighborhood sidewalks. Residents blamed the mayor for failing to resolve the crisis. With cries for Salvatore’s secession proposal still festering, the emergence of former mayor and police commissioner Frank Rizzo (1920-91) as a candidate once again for mayor further aggravated relations with the city. Labeled by supporters as a “Great White Hope,” Rizzo stormed Northeast neighborhoods, where he assured supporters that he would significantly improve city services if elected.  By contrast, Goode, who had pledged color-blind governance in 1983, found little support in the Northeast during the 1987 campaign and increasingly courted African American voters in other parts of the city.  While Goode ultimately prevailed over Rizzo to gain reelection–winning a significant number of Black voters but losing by large margins in Northeast Philadelphia–he was left governing a city that had failed to expunge its racial demons.

Resentful of Goode’s continued presence as mayor, Salvatore rallied those who supported his secessionist stance one last time by openly threatening again in February 1988 to create a separate, suburban entity, Liberty County, through state legislation. His action drew praise from some Northeast residents, who called him a latter-day “Patrick Henry” who would save the Northeast from the perceived tyranny of “King Wilson I.” But his plan lacked the same widespread community support it had initially corralled during the mid-1980s. Liberty County became little more than a fantasy to its white supporters, who slowly left the city for better housing opportunities and municipal services in the nearby suburbs during the 1990s and early 2000s. Salvatore’s supporters periodically reproposed his Liberty County idea in local newspapers throughout the Northeast , but lacked sufficient political support in their communities to make it a viable initiative.

Matthew Smalarz teaches history at Manor College in Jenkintown, Pennsylvania, where he serves as the History and Social Sciences Coordinator and received the Outstanding Educator of the Year Award for the 2016-2017 academic year. (Author information current at time of publication.) 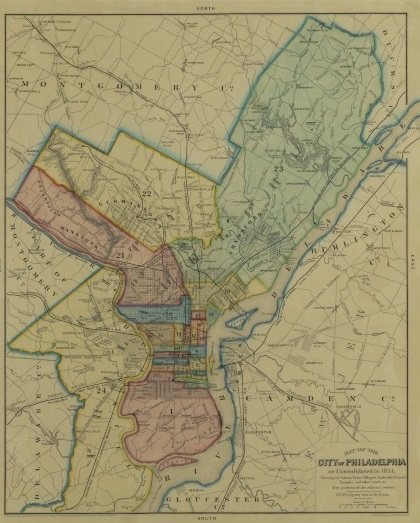 Northeast Philadelphia became part of the City of Philadelphia as part of the territorial expansion resulting from the Consolidation Act of 1854. The act, an effort to address epidemics of rioting and disease, extended the city’s territory from two square miles to 130 square miles. Aside from charter revisions in 1887 and 1951, the city’s boundaries remain unchanged from the mid-nineteenth-century measure. While a majority of housing and industrial growth occurred along the Delaware River in Frankford, Tacony, and Holmesburg, Northeast Philadelphia remained a predominantly rural region, with farmlands across its landscape, within the city's boundaries, until World War II.

During World War II, the growing demands for adequate housing led to increased racial segregation and tensions in Northeast Philadelphia. With the rise of middle-class prosperity coursing through in the area in the postwar period, there also developed a residential backlash among white homeowners toward proposed accommodations for public housing in residential neighborhoods and fair housing proposals offered by civil rights advocates. Racial animosities between whites and blacks in Northeast Philadelphia intensified over the issue of school-desegregation in the late 1960s and 1970s. 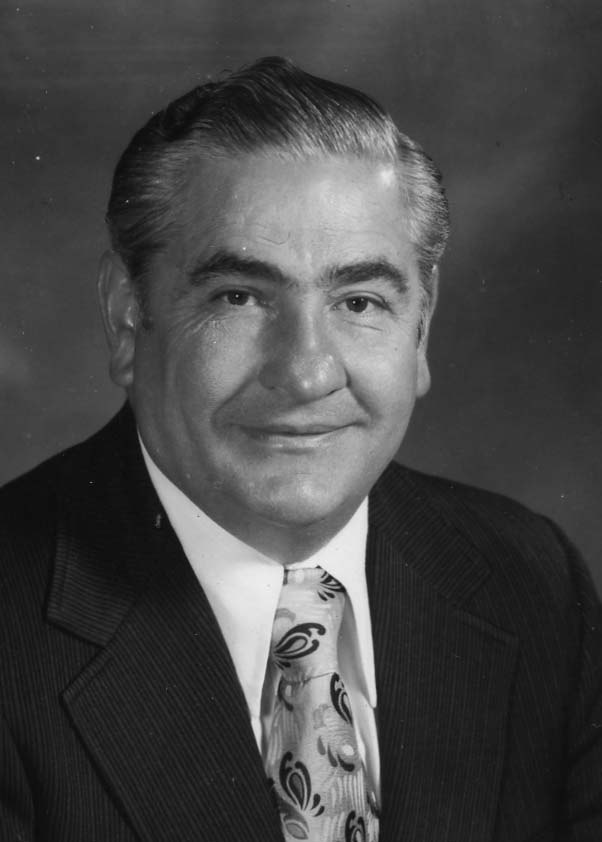 Frank Salvatore, a Republican state representative from Northeast Philadelphia, was an outspoken critic of Mayor Wilson Goode. Salvatore presented the Pennsylvania legislature with a bill that proposed the secession of Northeast Philadelphia from the city, forming a separate entity named Liberty County. While his bill had supporters within the Northeast, Salvatore otherwise found little political support. Among his secessionist supporters, Liberty County earned Salvatore comparisons to Patrick Henry. 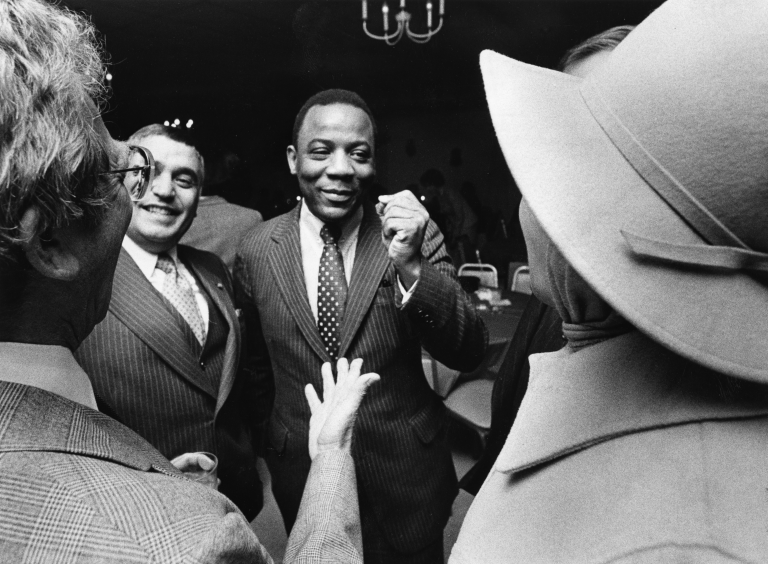 Born into a family of North Carolina sharecroppers in 1938, Wilson Goode became Philadelphia's first African American mayor. After the Great Depression, Goode’s family decided to move to Philadelphia in 1954, when he was fifteen years old. He graduated from John Bartram High School, earning his undergraduate degree from Morgan State University and a master's degree in government administration from the Wharton School of the University of Pennsylvania. Starting in 1969, Goode became president of the Philadelphia Council for Community Advancement (PCCA) and developed stronger programs to support families wishing to purchase or keep housing. The declining economic situation around the city of Philadelphia made it difficult for inner-city residents to find jobs, and as a result many families struggled to find and afford housing.

After being appointed a commissioner on the Pennsylvania Public Utility Commission in 1978 and Philadelphia managing director in 1980, Goode ran in the 1983 election for Mayor of Philadelphia. Goode served two terms as mayor (1984-1992) during a time when Philadelphia faced economic decline, which resulted in high unemployment and a large city budget deficit. In 1985, Goode’s leadership came under scrutiny after the Philadelphia police bombing of a fortified household in West Philadelphia occupied by the MOVE organization, which burned down more than sixty adjacent homes. Goode's term as mayor also saw the zoning and construction of more than twenty large commercial buildings, many of which still define Philadelphia's skyline.

Goode went on to serve as the deputy assistant secretary of education during the Clinton administration, became an ordained minister for the First Baptist Church of Paschall, and co-created the Amachi Program to mentor children of incarcerated parents. 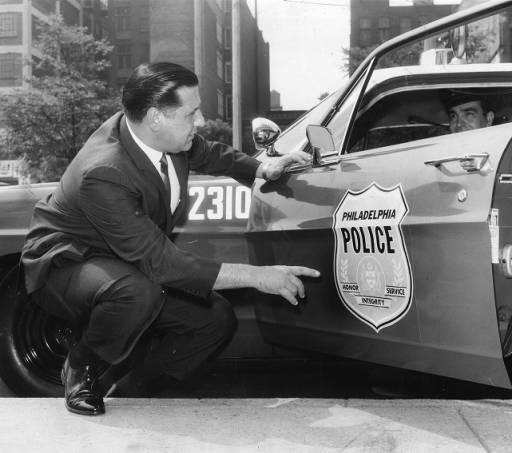 Frank L. Rizzo, shown here in 1968 examining the new police insignia on a patrol car at Eighth and Race Streets, was a national voice of get-tough policing as commissioner from 1967 to 1971. Rizzo declared war on the city’s dissident groups, especially Black Power militants. Following the death of a Fairmount Park police officer, Rizzo’s police raided Black Panther Party offices and strip-searched members in front of news photographers. For this and similar “tough” actions against hippies, homosexuals, and antiwar protesters, Rizzo and the Police Department were the subject of multiple federal lawsuits. Rizzo served as mayor of Philadelphia from 1972 to 1980.

During Wilson Goode’s bid for reelection, Northeast Philadelphia residents called for Rizzo to make a comeback as mayor in 1987, further aggravating race relations in the city. Dubbed by supporters as the “Great White Hope,” Rizzo assured supporters in Northeast neighborhoods that he would significantly improve city services if elected, undermining support for Goode in the Northeast. Goode increasingly courted African American voters in other parts of the city. Goode ultimately prevailed over Rizzo to gain reelection–winning a significant number of Black voters but losing by large margins in Northeast Philadelphia. 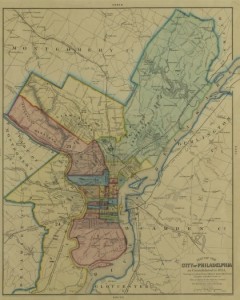 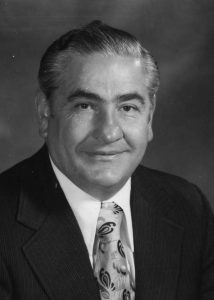 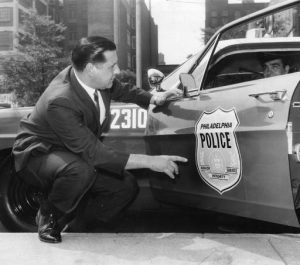 Smalarz, Matthew. “The ‘White Island’: Whiteness in the Making of Public and Private Space in Northeast Philadelphia.” Ph. D. Diss., University of Rochester, 2016.