On Sunday evening August 13, 1911—“that quiet Sabbath evening,” W.E.B. Du Bois (1868-1963) wrote scornfully—an estimated two thousand people watched as Zachariah Walker was burned alive in a field just outside Coatesville, Chester County. Walker, a newly arrived African American laborer from Virginia, worked at the Worth Brothers Steel Company. He was accused of killing a popular white security guard in what might well have been an act of self-defense. As teenage boys piled more wood on the fire, Walker pleaded with his captors, “Don’t give me no crooked death because I’m not white.” When the deed was done, scores of people waited hours to retrieve souvenirs from the flickering embers.

Lynchings were often underreported, and attempted lynchings, including two later incidents in Coatesville, often have been ignored in the history of racial violence. While accounts vary, African Americans were victims in six of the fourteen recorded lynchings in Pennsylvania history. Eight of the estimated ten lynchings in the rest of the mid-Atlantic region included Black victims. Though the total number of northern racial lynchings ebbed with the rise of organized resistance, the spreading pall of twentieth-century urban rioting in Philadelphia, Wilmington, Newark, and elsewhere, served as a reminder of racial violence as a persistent social reality.

The memory of lynching also persists. In the early 1990s a prominent resident of Coatesville proudly displayed to a historian a self-igniting miniature scaffold he had manufactured in homage to the lynching. And in January 2000, a white resident of the Juniata Park section of Philadelphia was convicted of the crimes of ethnic intimidation and assault for placing a makeshift noose around a Black co-worker’s neck. Although not as well publicized as the case of the Jena Six in Louisiana (2006), the incident in Philadelphia, like the scaffold, was another reminder of the insensitivity, blatant prejudice, and conflicting social fears that underlay the gruesome legacy of lynching and racial intimidation in the United States and the Greater Philadelphia region.

Dennis B. Downey, Ph.D., is Professor of History and Director of the University Honors College, Millersville University.  With Raymond M. Hyser, he is the author of  ‘No Crooked Death’: Coatesville, Pennsylvania, and the Lynching of Zachariah Walker (Urbana: University of Illinois Press, 1991; reprint 2011). (Author information current at time of publication.) 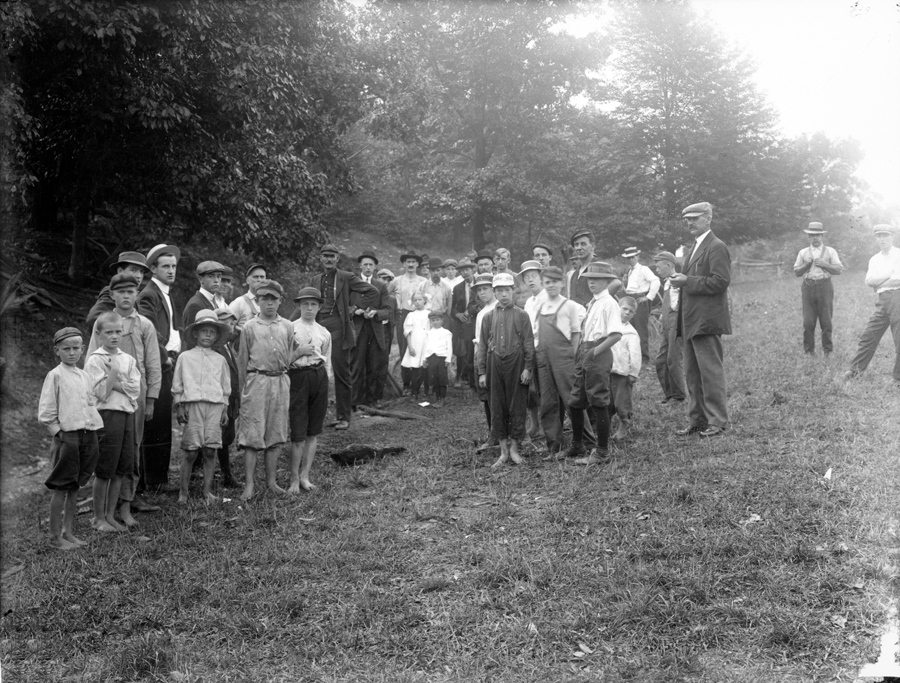 Crowd at the Site of Zacharaiah Walker's Lynching

About two thousand members of the Coatesville community participated in the lynch mob that burned Zachariah Walker in a field on August 13, 1911. Members of the mob gathered pieces of wood and forced Walker to remain in the blaze as he attempted to escape. After the fire burned out, some of the men, women, and children who watched the horrific event scavenged for Walker's remains to take as souvenir. This photograph was taken the morning after the lynching, as a crowd of community members formed at the site of Walker's death to view the remnants of the event. 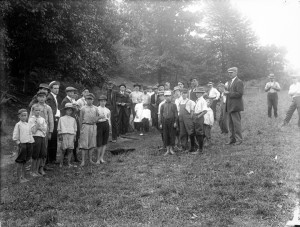 Downey, Dennis B. “ ‘The Delaware Horror’: Two Ministers, A Lynching and the Crisis of Democracy,” in Michael J. Pfeifer, ed. Lynching Beyond Dixie: American Mob Violence Outside the South. Urbana, Ill.: University of Illinois Press, 2013, pp. 237-260.