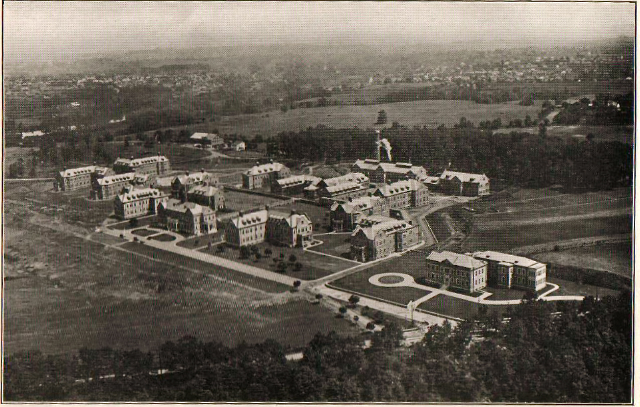 Stretched along the Schuylkill River near Spring City, the Pennhurst compound was constructed in several stages to include a lower and upper campus.  Designed in the cottage style, a series of underground tunnels connected the principal buildings. Noted architect Philip Johnson was instrumental in the early design of buildings and grounds. Within Pennhurst's walls, residents were separated by ability and by gender, and whether they were assigned to training or custodial care.
A railroad line abutted the property, bringing people and material supplies in along the river.  In addition to classrooms, a hospital, and a small cemetery,  Pennhurst was a "working" institution where residents labored in fields and on a dairy farm, in a woodshop and other enterprises.  Critics likened this condition to peonage, a practice that was common at other institutions.  For a time there was a range of social opportunities that included a marching band, a choral society, and athletic teams. 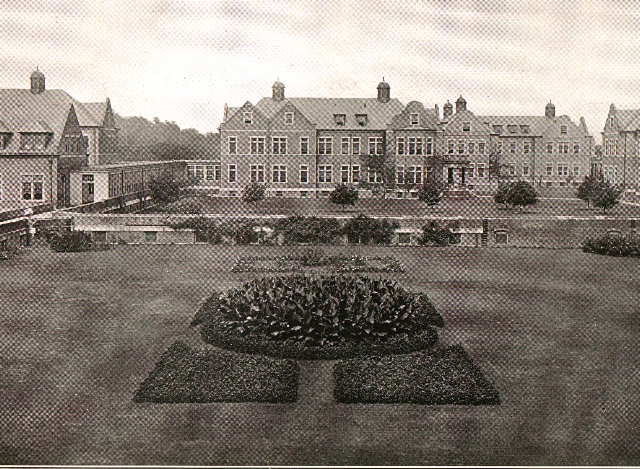 After Pennhurst's closure in 1987 the entire complex fell into disrepair due to abandonment and neglect.  Sale of the building and grounds to a private developer sparked public protest that led to the creation of an advocacy group, The Pennhurst Memorial and Preservation Alliance. The Alliance spearheaded an innovative preservation site use plan, the erection of a historical marker, and further protest when the for-profit "Pennhurst Haunted Asylum" opened in late 2010. The Alliance has continued to champion a broad advocacy and community education effort to preserve the history and memory of Pennhurst and similar institutions in the Commonwealth. 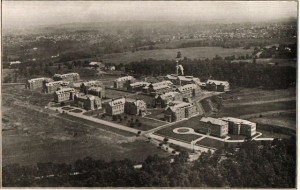 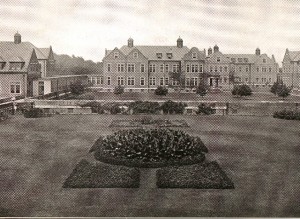 Act to Provide for the Selection of a Site and the Erection of a State Institution for the Feeble-Minded and Epileptic” (No. 424). Laws of Pennsylvania. (Harrisburg, 1903), pp. 446-50.

Report of the Commission on the Segregation, Care and Treatment of Feeble-Minded and Epileptic Persons in the Commonwealth of Pennsylvania. Harrisburg, 1913.