Fariha Khan is the Associate Director of the Asian American Studies program at the University of Pennsylvania, where she also teaches courses on South Asians in the U.S. and Asian American Communities, as well as Muslim Identity in America. (Author information current at time of publication.) 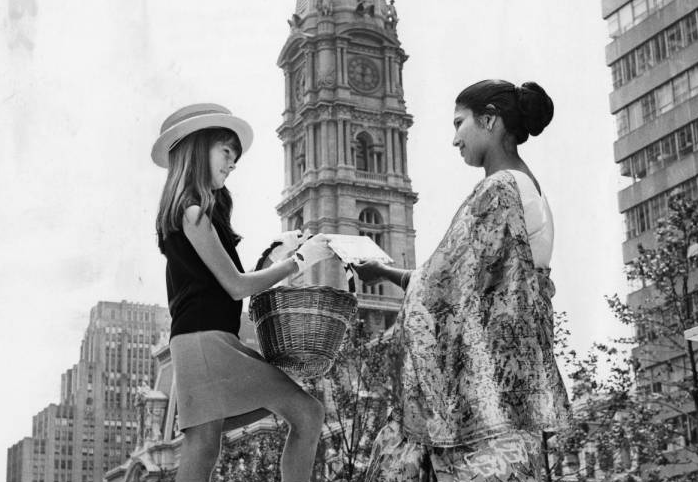 Welcome to Our City

South Asian immigration grew in the latter half of the twentieth century, spurred by changes to immigration laws in 1965. This photograph from 1967 shows “Liberty Bell girl” Kathy Vena (left) offering tourist information to Mrs. K. L. Gupta, a recent immigrant to Philadelphia at the time. She arrived with her husband, an engineer. 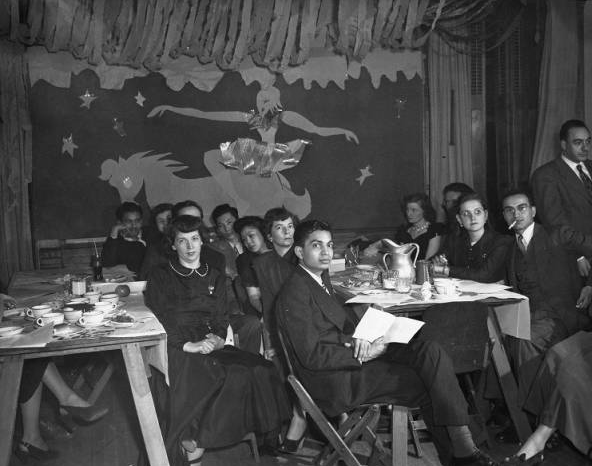 Philadelphia’s universities drew students from South Asia pursuing advanced degrees. This photograph shows students from Pakistan, India, and other nations dining at the University of Pennsylvania’s International House in 1949. 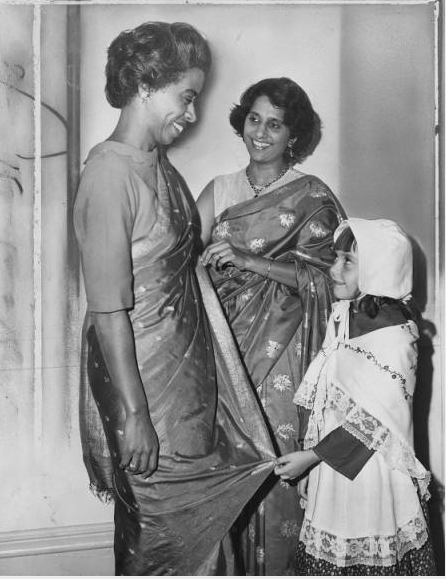 Trying on a Sari

Indians make up one of the most prevalent South Asian ethnicities in the area and are the majority in the small municipality of Millborne, Delaware County. This 1966 photograph shows Indian immigrant Shalini Rayapati demonstrating the traditional Indian sari at the Young Women’s Christian Association’s World Fellowship Festival. Saris consist of a single panel of fabric that can be up to eight meters long and are wrapped and draped around the body. South Asian populations in Delaware County have led to the establishment of several businesses in the area selling traditional clothing, including saris.

South Asian immigrants were drawn to Philadelphia in the 1980s by the opening of Limerick Nuclear Power Plant in Montgomery County. The power plant primarily attracted engineers and scientists. Limerick opened in 1986 after years of protests by anti-nuclear activists. 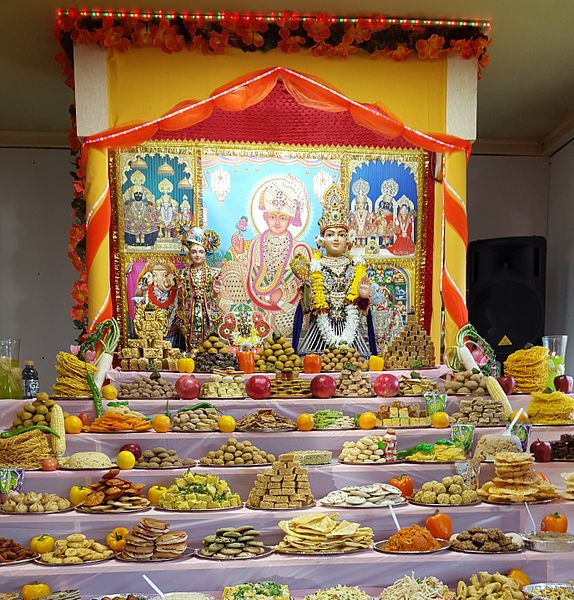 Many South Asian immigrants to Philadelphia eventually settled in the suburbs, where they established cultural and religious institutions to serve their communities. This photograph is from the Hindu Swaminarayan Temple in Telford, Pennsylvania. It shows foods prepared for the Diwali holiday, which concludes with a feast of sweets. 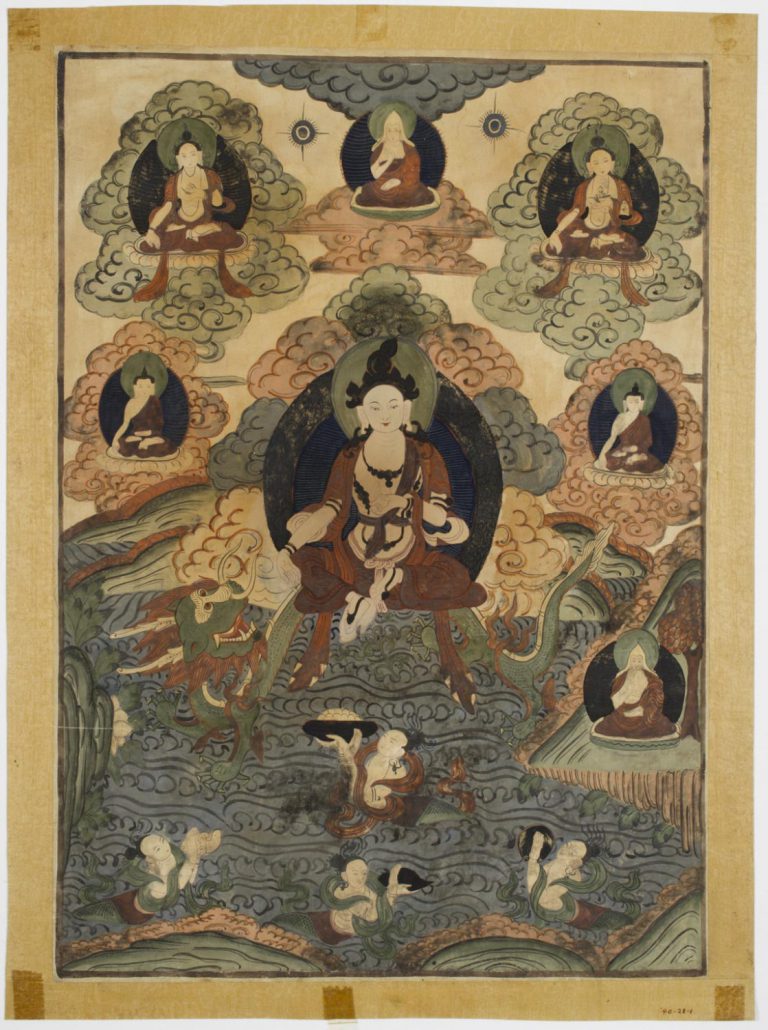 Most Bhutanese and Nepalese immigrants in Philadelphia arrived after 2010 as refugees forced out of their countries due to their oppression as ethnic minorities. Art from the area arrived much earlier, however. This early twentieth century painting, likely originating in Bhutan, was donated to the Philadelphia Museum of Art in 1940 by an anonymous donor. It shows a bodhisattva–a Buddhist individual who has achieved nirvana–riding on a dragon. 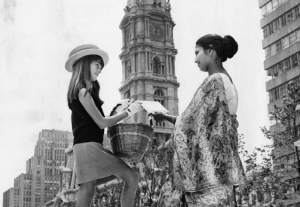 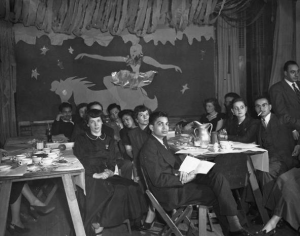 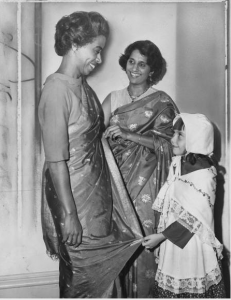 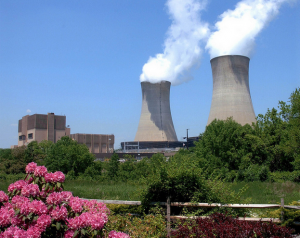 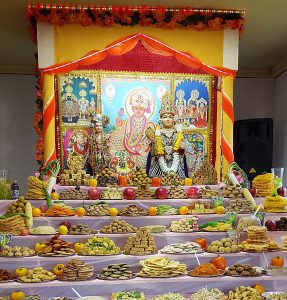 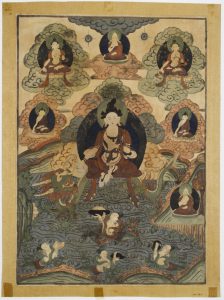 Prasad, Leela. Live Like the Banyan Tree: Images of the Indian American Experience: An Exhibition at The Balch Institute for Ethnic Studies. Philadelphia: Historical Society of Pennsylvania, 1999.

SAALT (South Asian Americans Leading Together). A Demographic Snapshot of South Asians in the United States, 2015.