Sullivan had honed his economic activism through what he called the “selective patronage” campaign, begun in 1958. Dissatisfied with the economic opportunities open to minorities and women, he helped to organize a coalition of 400 Black ministers across Philadelphia to address discrimination in employment. If companies declined appeals from the coalition to hire Blacks into professional and managerial positions, the ministers would urge their congregants to withhold their patronage. “Don’t buy where you can’t work,” they advised. This flexing of consumer muscle by Philadelphia’s Black population yielded impressive results in terms of access to employment and confirmed the tactical power of coordinated economic resistance.

The campaign’s success also won Sullivan national attention. Life magazine included him in its list of the country’s 100 leading citizens in 1963, and the Rev. Dr. Martin Luther King Jr. (1929-68), called on him to help develop “Operation Breadbasket,” later headed by the Rev. Jesse L. Jackson (b. 1941). This exposure also contributed to Sullivan’s appointment in 1971 to the board of General Motors as the first Black director of a major U.S. corporation.

In his book Moving Mountains, Sullivan described his struggles with the proper formulation of his principles, because he believed that the correct course was to compromise at some moments to win acceptance and support. “Each year…the principles became more ambitious and thus more difficult to implement,” he wrote. In their original form, the principles lacked the demand that foreign companies recognize Black labor unions; this was added in 1984.

After a decade, Sullivan came to believe that the principles were no longer contributing sufficiently to pressuring the government of South Africa to end apartheid, and so he moved from the original principles’ call for constructive engagement to worldwide boycott. Sustained international opposition eventually brought about multi-racial democratic elections and the election of Nelson Mandela (b. 1918) as the first Black president of South Africa in 1994.

Molly Roth is a non-profit administrator in Philadelphia with an interest in the cultural anthropology of Mande West Africa. She served as Executive Director of OIC International, an international development agency founded by Leon H. Sullivan, from 2007 to 2009, and as Founding Executive Director of the Global Philadelphia Association in 2010 and 2011. (Author information current at time of publication.) 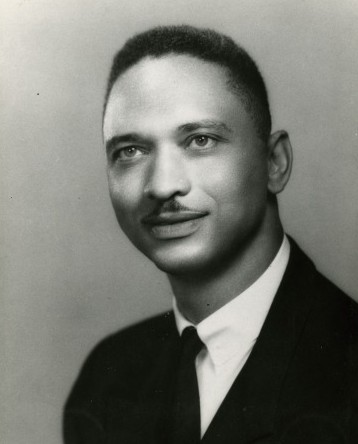 Leon H. Sullivan was born in Charleston, West Virginia, on October 16, 1922. Active in the civil rights movement from the early 1940s, he consolidated the gains of his selective patronage program by founding an international network of community-based job skill training programs, the Opportunities Industrialization Centers or OICs, among many other organizations and institutions. Awarded fifty honorary degrees and a Presidential Medal of Freedom, Leon Sullivan left a powerful legacy of faith-based pan-Africanist activism. He died on April 24, 2001, in Scottsdale, Arizona. 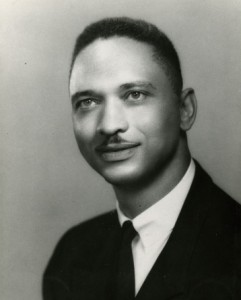