Arthur Murphy earned his Master’s Degree in Public History from Rutgers University-Camden and will enter Rutgers Law School in Camden in the fall of 2017. (Author information current at time of publication.) 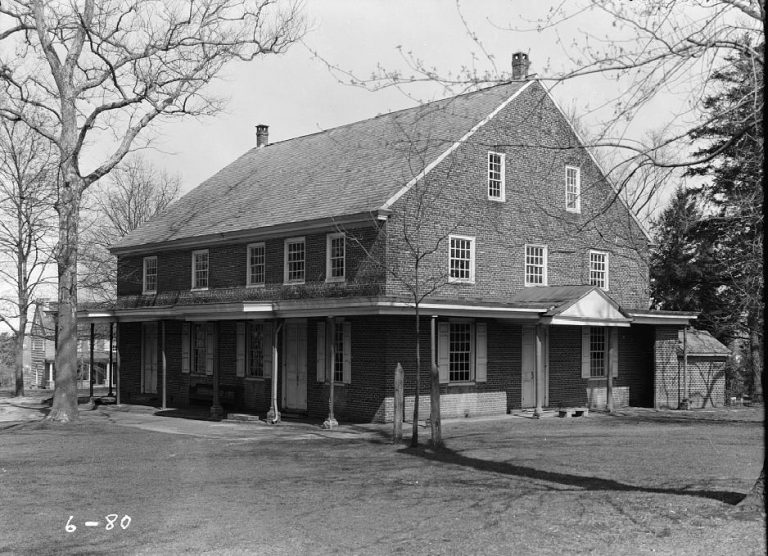 The Woodbury Friends Meeting House was built in 1715 and expanded in 1785. As a nonconformist Christian denomination, Quaker religious practices dictate that worship should not take place in a special place. Accordingly, Quaker meetinghouses were built in traditional style, purposely lacking any of the typical structural design or appointments of a church. During the founding of Woodbury, the Friends Meeting House served as a community center as well as a meeting place for religious activities.

During the American Revolutionary War, the Friends Meeting House was occupied by American militiamen and Hessian soldiers. Following the Battle of Red Bank along the Delaware River in 1777, the meetinghouse was used as a hospital for wounded Hessian soldiers. 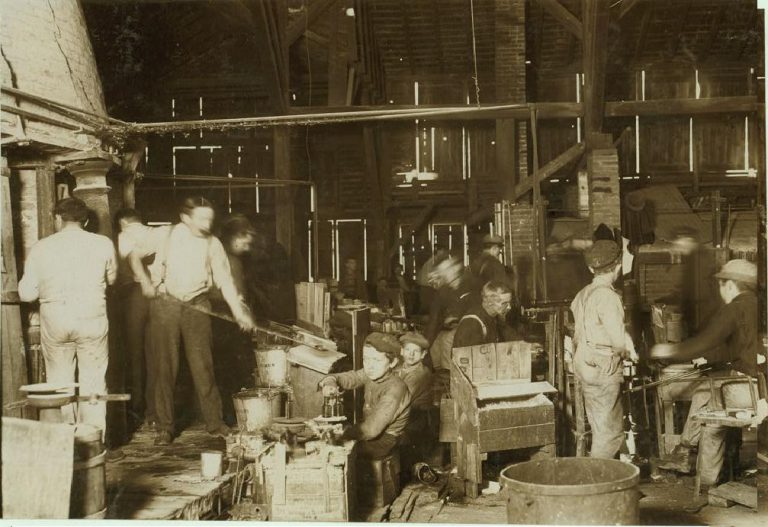 Glass production was a major industry in Woodbury at the dawn of the twentieth century. At the Woodbury Bottle Works, young men and boys worked in harsh conditions. This scene was photographed in November 1909 by Lewis Wickes Hine (1874-1940), who, working as an investigative photographer for the National Child Labor Committee, documented working and living conditions of children in the United States between 1908 and 1924.

During the nineteenth and early twentieth centuries, Woodbury was also home to many other industries, including those employing blacksmiths, wheelwrights, machine toolers, and carpenters. 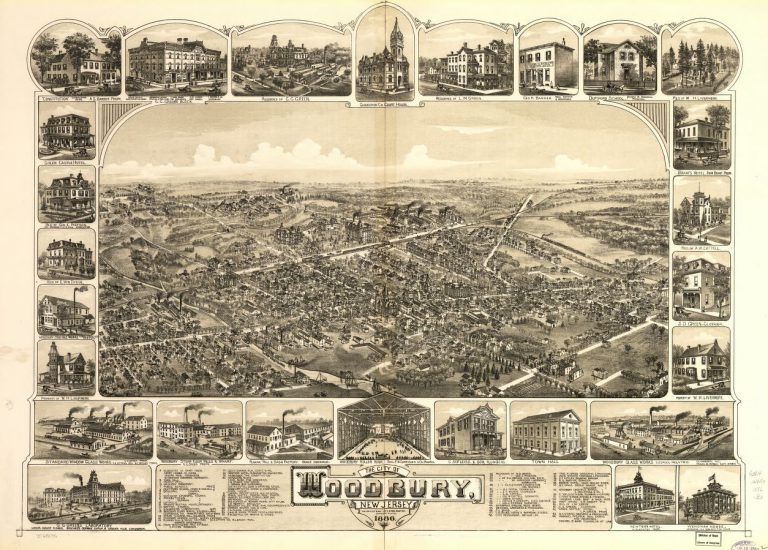 O.H. Bailey & Co. published a detailed artistic survey of the city of Woodbury as it appeared in 1886. The illustration conveys an impression of the city as dynamic and growing, with smokestacks, railroads, barges, and stockyards dotting the landscape. Featured along the border are landmarks, including industrial sites like the Woodbury Glassworks, amusements like the Woodbury Roller Rink, and commercial areas like the G.G. Greens Laboratory. The artistic rendering also features the Woodbury Creek, a vital waterway linking the factories of South Jersey with the rest of the Delaware Valley. 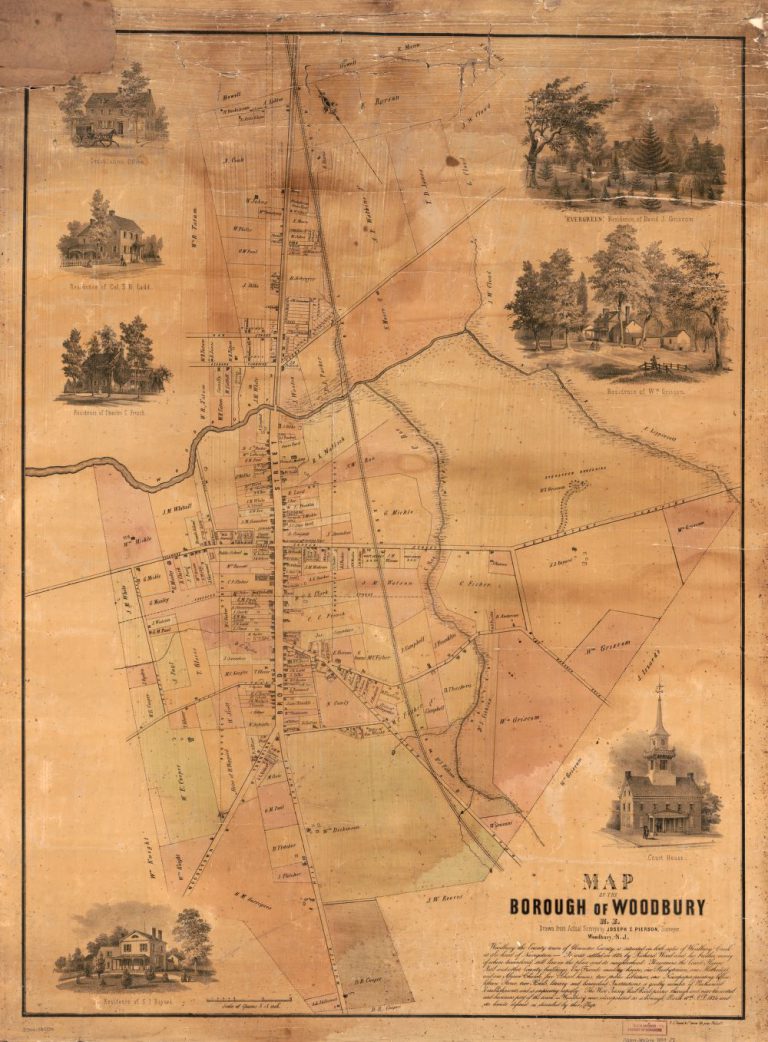 This real estate map, drawn by Joseph Z. Pierson in 1854, depicts the city of Woodbury as it appeared in the mid-nineteenth century. Featured with artist renderings are the homes of prominent residents, including Colonel S.H. Ladd, Charles C. French, and David and William Griscom. The “Constitution Office” and the courthouse are also illustrated. The map also includes a brief history of the town as well as a list of civic institutions such as churches, schools, libraries, and county offices. 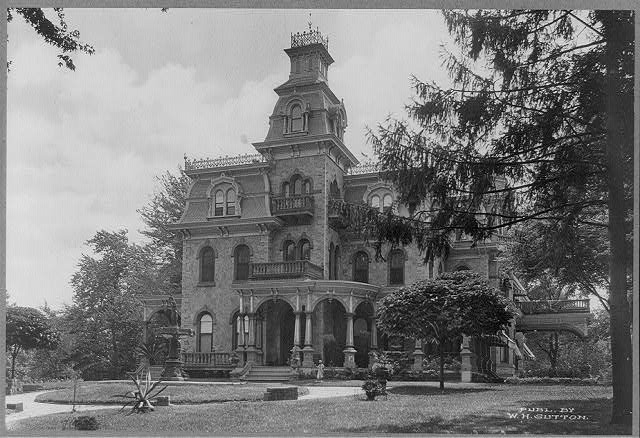 Businessman George G. Green (1842-1925), who lived in this gray-green stone mansion known as Gray Towers, was influential in the development of Woodbury during the late 1800s. His businesses, including the Standard Window Glass Works, the Green Steam Planing Mill, and the G.G. Green commercial building, promoted the city’s growth and brought many jobs to the area. Gray Towers remained a landmark well into the twentieth century, but it eventually fell into disrepair and was destroyed by fire in May 1968. 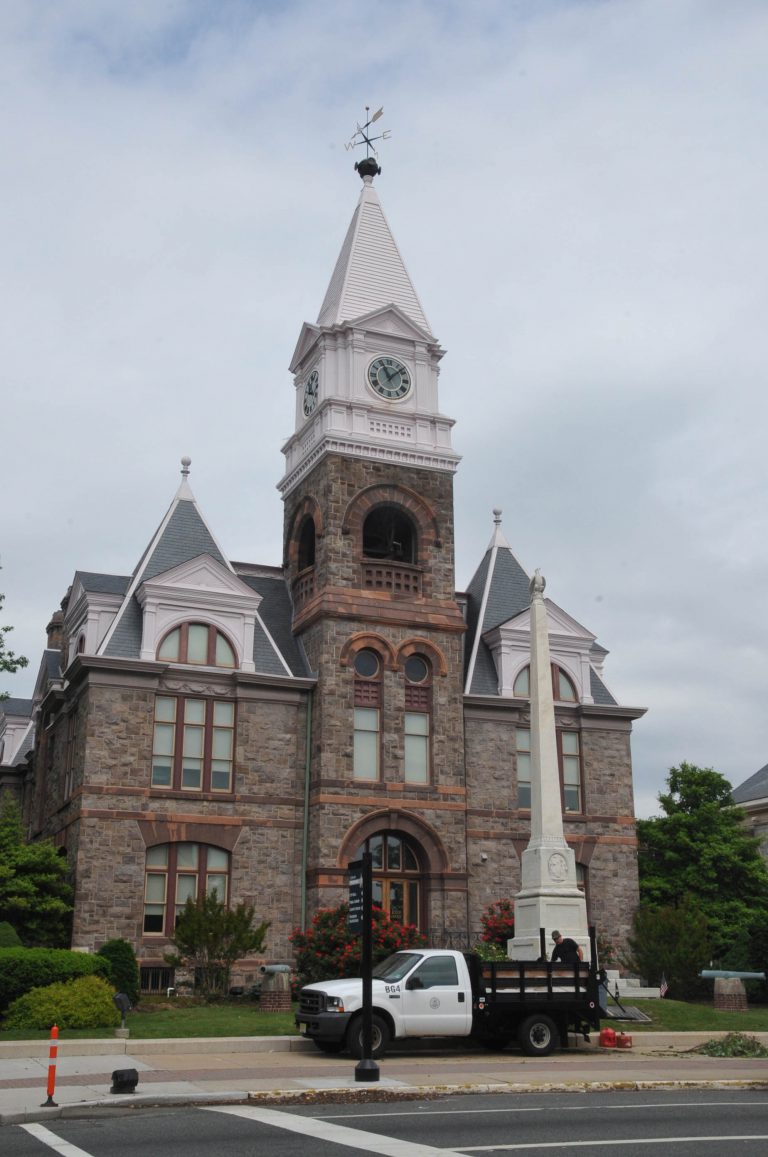 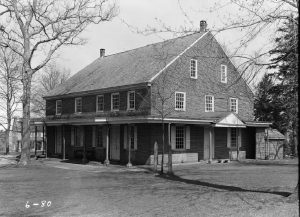 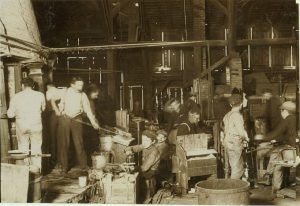 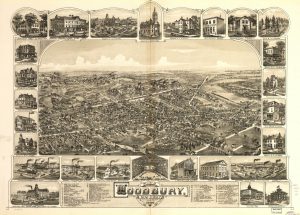 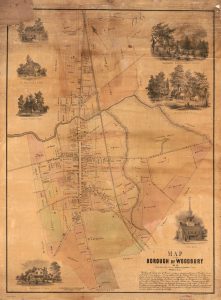 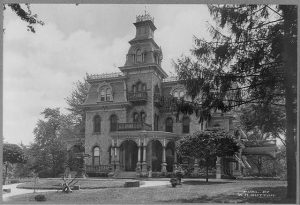 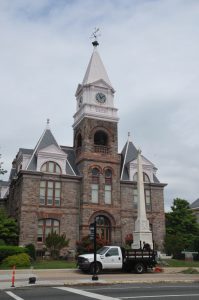 Mickle, Isaac. Reminisces of Old Gloucester or Incidents in the History of the Counties of Gloucester, Atlantic and Camden New Jersey. Philadelphia: Townsend Ward, 1845.