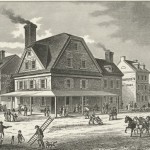 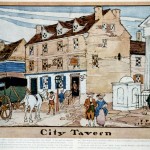 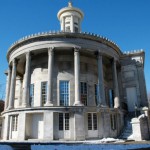 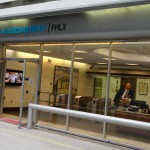 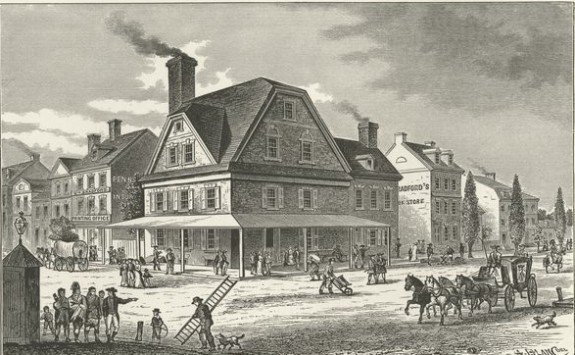 In 1754, Robert Morris (1734-1806) and local businessmen raised £348 to open the London Coffee House. The coffee house occupied Two South Front Street and was partially funded by William Bradford’s publication, Pennsylvania Journal. Serving caffeinated beverages, alcohol, and small meals, the establishment quickly became a popular location for Philadelphia’s merchants to do business. Some business deals were more respectable than others, as the Coffee House and the vacant lot next door were the site of Philadelphia slave auctions from the 1750s until after Pennsylvania’s gradual abolition law was passed in 1780. During the Revolutionary War, the Coffee House closed from 1778 to 1783. Upon reopening, the previously popular venue suffered economically and closed permanently in 1791. Philadelphia's businessmen took their meetings elsewhere and the building was converted to a residence and general store. This lithograph by Kennedy & Lucas depicts the London Coffee House as it stood in 1830. 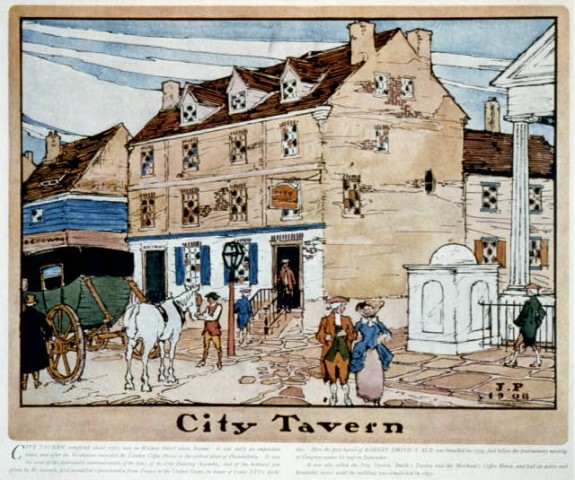 Painting of the City Tavern

As the London Coffee House grew in popularity, it became clear to the owners that they would need a larger structure to handle the influx of patrons. In 1773, the City Tavern opened on Second Street at Walnut. Pictured here is an artist’s rendering of the tavern and the surrounding busy streets, created for the Robert Smith Ale Brewing Co.

Many politicians, including the nation’s founders, patronized the restaurant and bar, located a short walk from what would later be known as Independence Hall. In fact, John Adams once called it “the most genteel tavern in America.” A multiroom establishment, the tavern allowed diners to hear classical music in one room, enjoy fine dining in another, and in still another have a cheap pint of beer while discussing the latest livestock prices. A favorite haunt of Philadelphia’s thinkers and decision makers, the tavern was the site of the July 4, 1777, celebration of the first anniversary of the signing of the Declaration of Independence, as well as the location of George Washington’s 1789 inaugural celebration in Philadelphia.

Members of the Philadelphia Exchange met at City Tavern so frequently it was often referred to as the Merchants' Coffee House. However, as the exchange's business interests grew, new headquarters were required. In 1831, Philadelphia’s Stephen Girard (1750-1831) started the Philadelphia Merchants' Exchange Company to build a new financial center at Third and Walnut Streets. The Board of Brokers relocated to the new building in 1834 after a fire at the City Tavern. 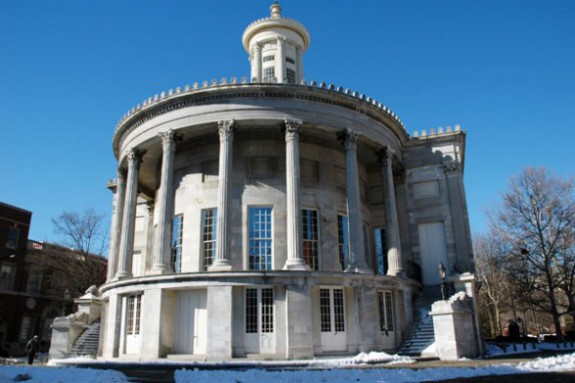 In 1831, wealthy entrepreneur Stephen Girard (1750-1831) created the Philadelphia Merchants' Exchange Company with the intention of building a new financial center. Constructed between 1832 and 1834, the Merchants' Exchange Building is now a preserved Philadelphia landmark. The building is in the Greek Revival style; its architect, William Strickland (1788-1854), was a pioneer of the style in the United States. The iconic rounded facade is the back of the building, an architectural choice compelled by a real-estate quirk: The exchange’s lot was one of the few triangle-shaped lots in Philadelphia. 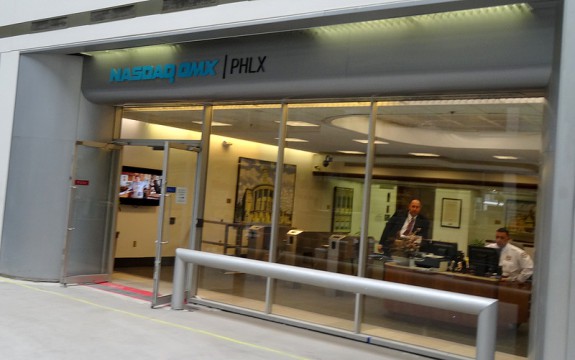 Entrance to the offices of the Philadelphia stock exchange, known as PHLX since NASDAQ OMX bought the exchange in 2004 for $652 million in order to diversify by acquiring an options platform. This resulted in its becoming the largest electronic stock market, listing over 3,000 firms, and the third largest options market domestically. This image from March 2015 shows the PHLX entrance, which opens onto the atrium lobby of an office building at Market and Nineteenth Streets in Center City. (Photo by Donald D. Groff for the Encyclopedia of Greater Philadelphia) 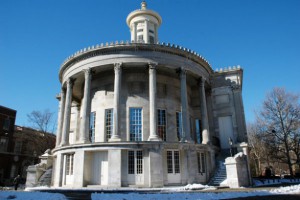 When the War of 1812 disrupted American trade, the exchange helped the federal government raise capital for defense, and after 1815 became an important conduit for financial capital moving from Europe into America. Using these funds for construction, canals such as the Erie, the Chesapeake and Delaware, and the Susquehanna and Juniata helped extend the transportation grid. Soon, the exchange needed new facilities. In 1831, Philadelphia’s Stephen Girard (1750-1831) started the Philadelphia Merchants’ Exchange Company to build a new financial center. The Board of Brokers relocated there in 1834 after a fire at the Merchants Coffee House.

Vitiello, Domenic with George E. Thomas. The Philadelphia Stock Exchange and the City It Made. Philadelphia: University of Pennsylvania Press, 2010.