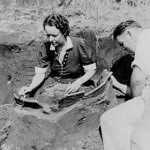 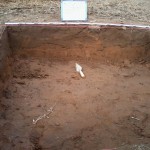 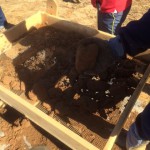 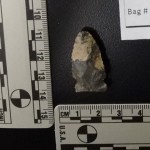 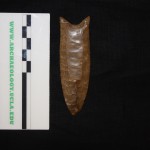 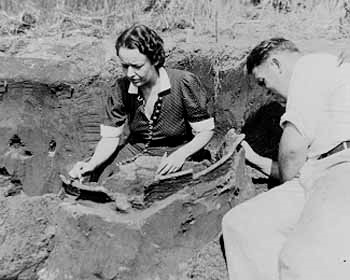 Dr. Dorothy Cross in the Field

Dr. Dorothy Cross was State Archaeologist and a teacher. She examined Native American sites across New Jersey in the 1930s as part of a survey of prehistoric sites commissioned by the American Museum of Natural History and the New Jersey Geological Survey. Committed to educating people about New Jersey’s Native American heritage, Cross developed numerous exhibits at the New Jersey State Museum and wrote for the public. 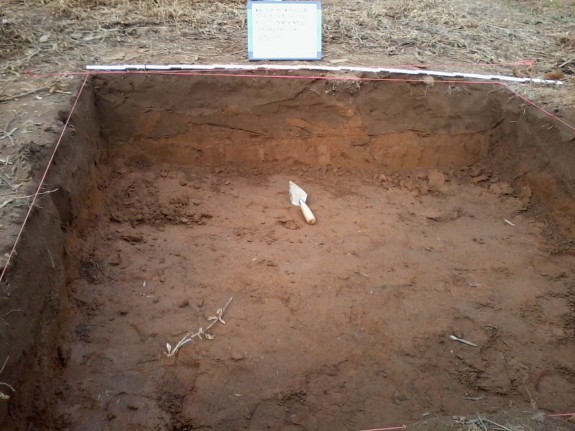 To gather details about an object found during excavations, archaeologists document every detail about the soil that surrounds it, including the color and consistency and the depth at which the item was found. This photograph of a 5-by-5-foot excavation unit (pit) in Salem County, New Jersey, shows two levels of soil: one a sandy brown and the layer beneath it sandy orange. The trowel is placed to denote which way is north, and a measuring stick is included to indicate scale. The whiteboard in the background identifies the excavation unit and site number. (Photograph by Kimberlee Sue Moran) 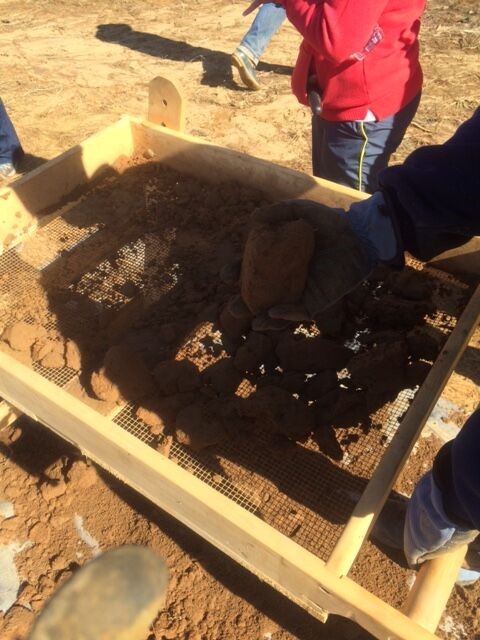 During archaeological digs, archaeologists screen the dirt from excavation units and shovel test pits to make sure that all cultural materials (even the smallest artifacts) are found. Shovel test pits are usually dug throughout an archaeological site in twenty-foot intervals to determine whether a site has artifacts that merit further excavation. If one or a pattern of shovel test pits yields interesting artifacts, or indicates an interesting feature in the soil, archaeologists will begin to dig an excavation unit. These excavation units are shaved by trowel to thoroughly investigate the presence of artifacts or changes in colors of the soil. All of the dirt is placed onto a large screen (the screen in this image is one-quarter-inch mesh screen) and then sifted. (Photograph by Kimberlee Sue Moran) 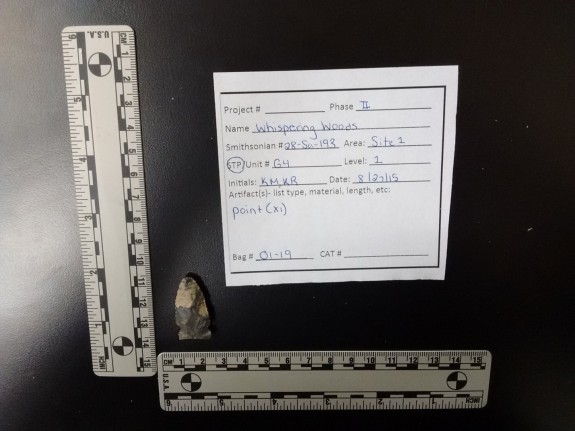 This projectile point was found during an archaeological dig conducted in part by students at Rutgers University-Camden in Salem County, New Jersey. Dating from the Woodland era, this artifact was found on a hill that overlooked a tributary of Oldmans Creek. Native Americans tended to live and hunt by bodies of water during the Woodland period due to the availability of fresh water and fish. This object supports the conclusion that by the mid- to late Woodland Period, Native Americans in southern New Jersey used spears or bows and arrows for hunting. (Photograph by Kimberlee Sue Moran) 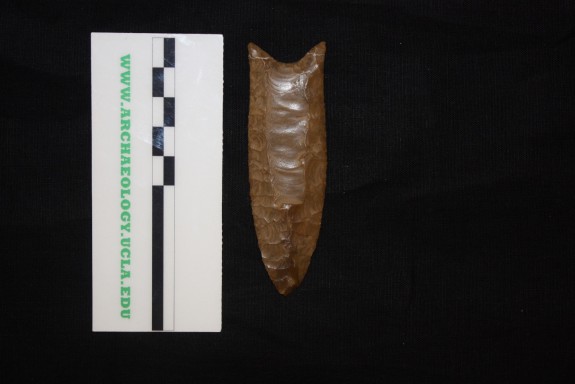 Projectile points such as this one were necessary for the survival of the nomadic tribes that inhabited the cold and wet climate of the Delaware Valley during the Paleoindian period. A point such as this may also have been used to filet fish. Not many Paleoindian sites have been found in the Delaware Valley, though some may remain undiscovered beneath the region's urban development. 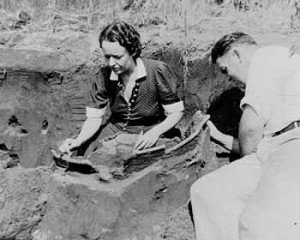 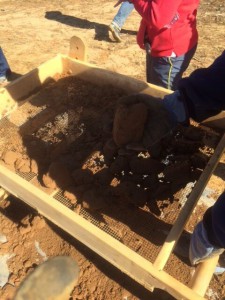 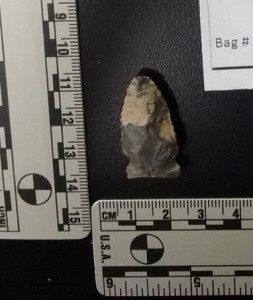