Zara Anishanslin is Assistant Professor of History and Art History at the University of Delaware and the author of Portrait of a Woman in Silk: Hidden Histories of the British Atlantic World (Yale University Press, 2016). Erica Lome served as research assistant for this essay. (Author information current at time of publication.) 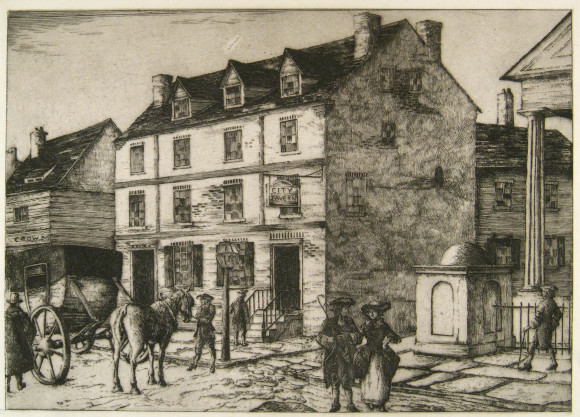 The Dancing Assemblies were held in the City Tavern after its completion in 1773 until they moved to Oeller’s Hotel in 1791. The original tavern, shown here, became the social and business center of the city in the late eighteenth century. It was a popular meeting place for the likes of John Adams, Thomas Jefferson, and Benjamin Franklin and was used as a hub for the city’s merchants until the Merchants Exchange Building opened across the street in 1834. The tavern was razed in 1854. The entire structure was reconstructed by the National Park Service for the 1976 Bicentennial celebration. 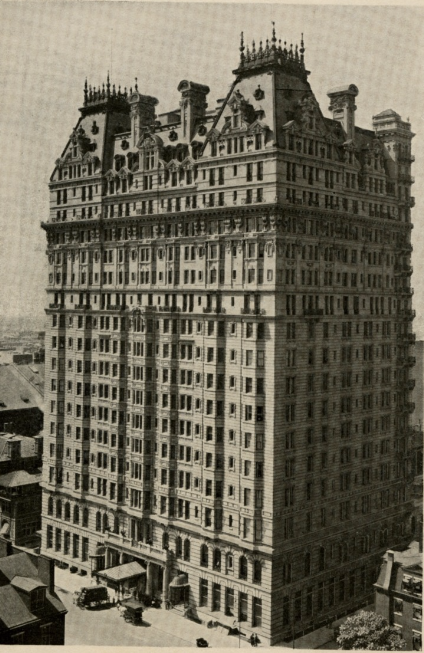 The Dancing Assembly moved to the Bellevue-Stratford Hotel (in 2017 known as the Hyatt at the Bellevue) when the hotel’s new building opened in 1904. The “Grand Dame of Broad Street,” as it is known, was then the most extravagant hotel in the city and known across the nation for its luxurious accommodations. A third-floor grand ballroom served as the site of many of the city’s most prestigious events, including the assembly. The hotel closed after the 1976 outbreak of Legionnaire’s Disease and nearly razed, but was instead renovated and reopened in 1978. In 1986, it was converted to mixed use, with the hotel, offices, and shops. 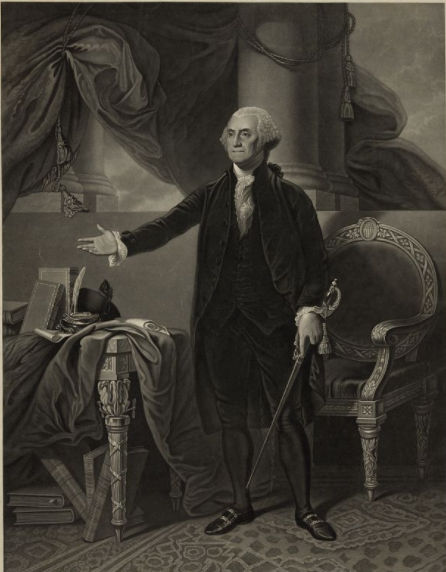 George Washington was one of the prominent guests at the early Dancing Assemblies. The assemblies became a regular gathering place for Washington’s inner social and political circles. 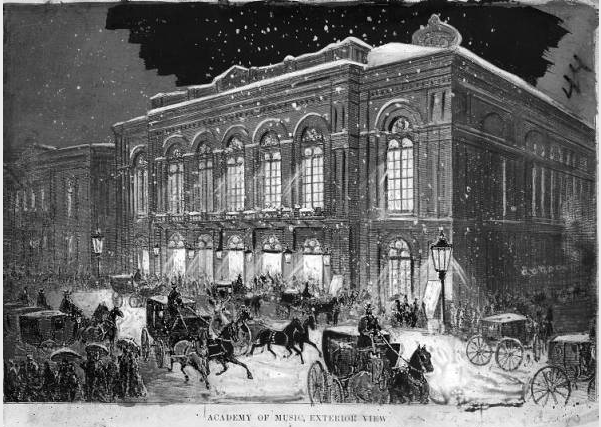 After a hiatus during the Civil War, the Dancing Assemblies resumed at the Academy of Music. Members of Philadelphia society arrive at the lavish affair in carriages in this nineteenth century illustration. Gilded Age Assemblies included invitations listing the half-dozen patronesses and managers hosting the event, supper, and dancing (all at the Academy of Music). “It is proposed to give an Assembly” was written every year on the invitation. 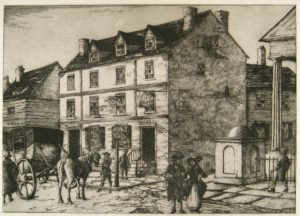 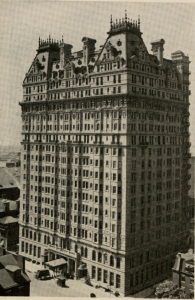 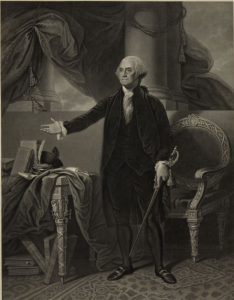 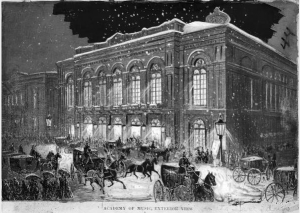