Although later regarded as a pseudoscience grounded on racism and racial discrimination, phrenology initially represented an emerging science of investigating individuals’ intellectual capacity and mental faculty based upon the physical features of their skulls and brains. Originated in Europe at the end of the eighteenth century, phrenology came to Philadelphia as a new science in the first half of the nineteenth century and found promoters among local physicians and scientists.

In 1796, the German physician Franz Joseph Gall (1758–1828) created the prototype of phrenology. He argued that human beings’ different mental faculties were embodied in the shape and size of specific parts of brains and skulls. Following Gall, his collaborator Johann Gaspar Spurzheim (1776-1832) created and popularized the term “phrenology” in reference to the research regarding human brains and skulls initiated by Gall across the world in the early nineteenth century.

Philadelphia-based physicians formed the first professional society and journal in the United States dedicated to phrenology in the 1820s. Two pioneering phrenologists, Charles Caldwell (1772-1853) and John Bell (1796-1872), founded the Central Phrenological Society of Philadelphia in 1822. This society also promoted and popularized phrenological knowledge through its affiliated magazine, American Journal of Phrenology, the first and leading phrenological journal in the antebellum United States. Despite this early activity, Boston and New York became more prominent strongholds of phrenologists, in part through the enterprise of brothers Lorenzo Niles Fowler (1811–96) and Orson Squire Fowler (1809–87), who established the New York-based publishing firm Fowlers & Wells Inc. to produce pamphlets and magazines promoting recent development in phrenology.

The popularization of phrenology in Philadelphia came with the 1839 American lecture tour by prominent Edinburgh-based phrenologist and physician George Combe (1788-1858). More than five hundred people came to see him in Philadelphia, many more than in New York City or Boston. His lectures fostered a mania for studying human brains and skulls for scientific purposes. As a result, additional Philadelphia-based physicians and academic institutions became attracted to the enterprise of phrenology, including Samuel George Morton (1799-1851), author of Crania Americana (1839), and his colleagues at the Academy of Natural Sciences of Philadelphia (founded in 1812). In the name of “natural science,” Morton integrated phrenology into the scope of science rather than pseudoscience.

Under Morton’s leadership, promoting a mix of phrenology and craniology became part of the academy’s mission. In contrast to mainstream phrenologists who focused on investigating how shape and size of brains corresponded to mental capacities, Morton and his colleagues attempted to apply phrenetical theory in craniology (the study of the skull to compare racial differences). In Crania Americana, Morton recommended his peers take the phrenological methodology into account when investigating human skulls for racial differences embodied by physical features then believed to reflect the superiority of the Caucasian in intellectual capacity to other races.

Morton’s next significant academic publication, Catalogue of Skulls (1849), represented his achievement in collecting and preserving human skulls in Philadelphia. Crania of different races across the world, including Native American groups, were recorded in the collection inventory of the academy. Following Morton’s steps, his colleague James Aitken Meigs (1829-1879) published and expanded the inventory in 1857, with the title Catalogue of Human Crania in the Collection of the Academy of Natural Sciences of Philadelphia. The expanding collection of human remains at the academy focused phrenology in Philadelphia on racial classification and categorization.

Phrenology declined in Philadelphia and elsewhere following the Civil War, after the height of pro-slavery arguments based on racial inferiority. The emerging anatomic knowledge and scientific measurements of human bodies gradually replaced phrenology in producing knowledge regarding human skulls. The Morton Cranial Collection became part of the collections of the University of Pennsylvania Museum, which in 2020 began a process for repatriation or reburial of the remains.

Shu Wan earned MA and MLIS degrees at the University of Iowa and has matriculated as a doctoral student at the University of Buffalo. His research interests focused on the history of disability in East Asia and North America. He also served as a research fellow in the Research Center for Social History of Medicine at Shaanxi Normal University in China and a book review editor in multiple academic journals in China, including World History Studies and Journal of the History of Social Medicine. (Author information current at time of publication.) 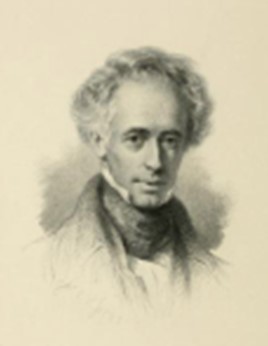 George Combe, a Scottish lawyer and writer, seen here in an 1836 portrait by Daniel Macnee, contributed to popularizing phrenology in the United States. He conducted a successful American lecture tour in the 1840s, including Philadelphia, to expand phrenology’s knowledge base.

Initially, Combe was a critic of phrenology. His opinions began to change in 1815 after he attended multiple lectures by Johann Spurzheim, a critical player in the beginnings of the field. Combe’s passion and enthusiasm quickly expanded. He ended his career in law to write about and study the philosophy and structure of the brain.

Combe published his first article on phrenology in April 1817, beginning a prosperous writing career that garnered him international recognition. Three years later he founded the Edinburg Phrenological Society, one of the first of many phrenological groups established in Great Britain. His most famous work, The Constitution of Man (1828), became one of the best-selling books of the nineteenth century.

With his international fame established, Combe began his two-year North American lecture and lesson tour in 1838, including a lecture in Philadelphia that attracted doctors, scholars, and middle- and working-class individuals.

Combe dedicated his life to phrenology up until his death in August 1858. In July 1857, he began the last revision of The Constitution of Man but was unable to finish it before his passing. Historically, he is considered one of the most influential players in phrenology. 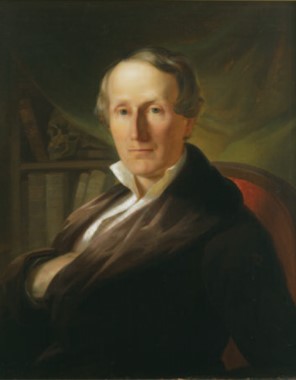 Samuel George Morton, pictured here, was a Philadelphian natural scientist, physician, and writer. He had a significant impact on two fields of study: craniology, a term often used as a synonym for phrenology, and polygenism, both of which are historically racist disciplines. Consequently, Morton is considered one of the originators of scientific racism.

Morton, a prominent and respected member of the city’s scientific community, lived in Philadelphia all his life. As a member with the Academy of Natural Sciences, he corresponded with prominent scientists internationally. With these connections, he was able to amass a substantial skull collection of approximately one thousand craniums from forty nations.

One of Morton’s most famous works, Crania Americana (1839), included over seventy illustrations of skulls from his collection catalogued by race with explicit details of the skulls’ size and shape alongside corresponding mental faculties. He posited that there were five distinct races, and no skull was comparable to that of the white man. Under this logic, Morton argued that white people’s racial superiority and intelligence resulted from their skulls’ physical dimensions.

During the 1830s and 1840s, Morton amassed an impressive skull collection of more than 1,300 crania, many of which were from enslaved and indigenous individuals. It is considered one of the most outstanding collections of human skulls in the world.

After Morton’s death in 1851, the Academy of Natural Sciences purchased Morton’s skull collection. In 1966, the collection was transferred to the Penn Museum. Since then, the collection "has increasingly attracted scholarly attention and has been actively studied, researched, and published” by scholars across the globe.

In the early 1990s, the Penn Museum began to grapple with the collection’s intrinsic relationship with racism. Later, in the wake of George Floyd’s murder in May 2020, the museum relocated the collection to storage and started to plan the repatriation and reburial of the collection’s skulls. Today, the museum provides public opportunities to talk openly and learn about racism in science, particularly unethical collecting practices. 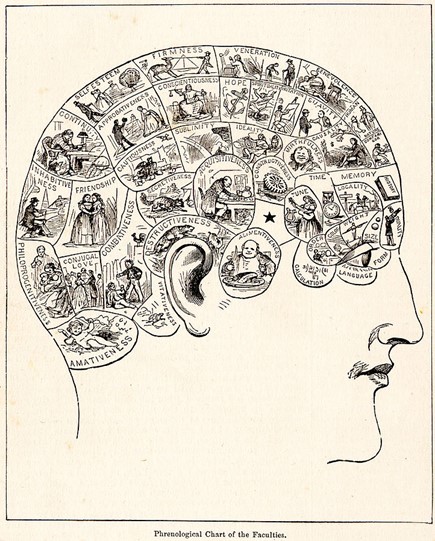 Phrenology asserts that the brain is composed by many small organs, each representing a different mental faculty. The most potent or lacking faculties indicate the skull shape and size. This chart is an example of the many visual aids early nineteenth-century phrenologists used in their lectures to teach phrenology.

Phrenologists measured people’s mental faculties. They believed the size of the “organ” corresponded with the prevalence or weakness of its associated mental faculty. In phrenologist George Combe’s 1842 book A System of Phrenology Vol I, he claimed that an organ, and thus faculty, could be measured by touching the head and feeling for bumps and indentations. These physical markers, or lack thereof, as well as the size of the head were the essential variables used to determine an individual’s mental faculties.

In addition, Combe argued that a combination of strong faculties could produce a complementary personal characteristic(s). For instance, if someone presented a prominent faculty in Ideality, complemented with strong faculties in “Love of Approbation, Form, and Colouring,” they were believed to be prone to being fashionable and an admirer of architecture. 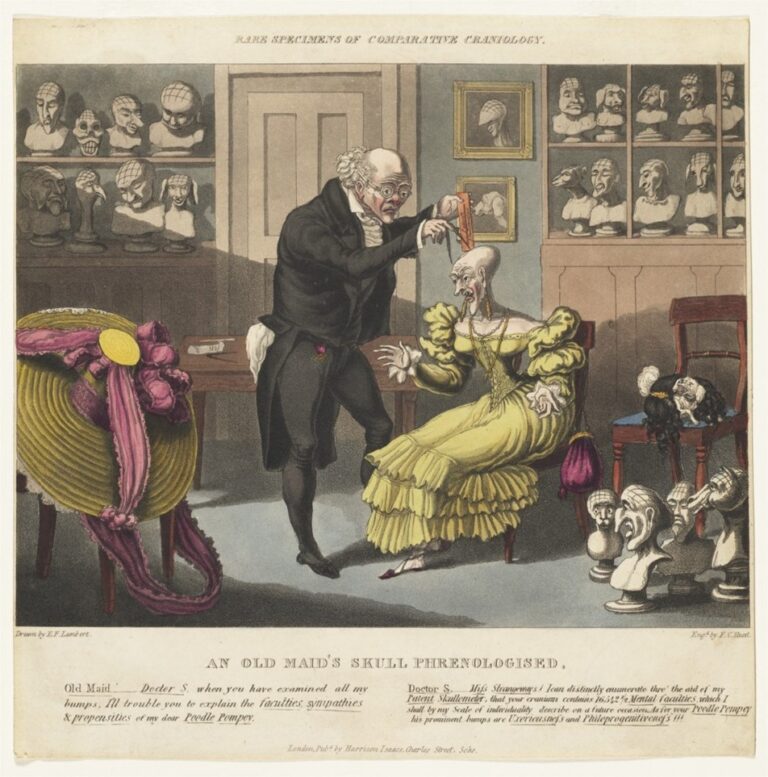 This 1823 caricature by E. F. Lambert depicts a phrenologist measuring a woman’s head. It reads, “Old Maid: Doctor A., when you have examined all my bumps, I'll trouble you to explain the faculties, sympathies & propensities of my dear poodle Pompey. ; Doctor S.: Miss Strangeways! I can distinctly enumerate thro' the aid of my Patent Skullmeter, that your cranium contains 16,542 1/2 Mental faculties, which I shall by my scale of individuality describe on a future occasion. As for your Poodle Pompey, his prominent bumps are Uxoriousness and Philoprogenitiveness!!!"

The caricature speaks to determining a person’s mental faculties, a crucial component in phrenology. It also exaggerates the controversy that phrenology inspired in the early nineteenth century.

In Britain, many in the medical community initially denied the validity of phrenological science. Phrenology was particularly battered in the press by medical professionals and the public. The Edinburg Review, which was one of, if not the, most influential British magazines of the nineteenth century, was the most anti-phrenological platform in the field’s earlier days. The Review would often publish cartoons and opinion articles ridiculing phrenology which they deemed absurd and a joke.

However, as the decades lapsed, phrenology’s popularization and the successes of Europe’s leading phrenologists, like Johann Gaspar Spurzheim and George Combe, overshadowed any controversy and mockery. 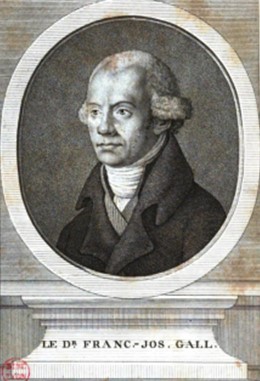 German physician Franz Joseph Gall, seen here in 1807, is arguably the chief founder of phrenology. His earlier projects were flooded with allusions to mental faculties and behavioral organizations in the mind, which would later become the bases of phrenology. Gall was never accepted by the scientific and medical communities. However, his phrenological framework brought him great social success and it set the stage for early nineteenth-century phrenologists on which they built and popularized the budding field.

Gall published his first book in 1791, six years after graduating medical school in Vienna. The book, Philosophical-Medical Studies on Nature and Art [of Healing] in Diseased and Healthy Conditions of Man, was the first platform Gall used to outline his phrenological ideas guised under other empirical physiological discourse.

By 1796, Gall formed his craniological doctrine, which believed that the brain was composed of mental faculties and that bumps on the skull reveal exceptional mental propensities, corresponding to the localized faculty. Gall and other phrenologists argued that these bumps can only be found on exceptional individuals.

Around the same time, Gall began to give public lectures in Vienna. He quickly attracted a wide audience, including some prominent individuals like head physicians and high-ranking government officials. Skeptics and avid supporters alike were enthralled by Gall’s revolutionary theory. However, in 1801, the Holy Roman Emperor prohibited Gall’s lectures on the grounds that they were materialist and politically dangerous. He left Austria and traveled Europe to spread his theory.

Gall’s success and popularity grew after he moved to Paris in 1807. For instance, Gall and his associate and fellow pioneering phrenologist, Johann Spurzheim, performed several, well-attended public dissections and lectures in France over the next several years. Spurzheim coined the term “phrenology” and he continued to popularize the science after Gall retired around 1820. Without Gall, phrenology might not have developed into the popular field that it was nor the controversy that it came to be. 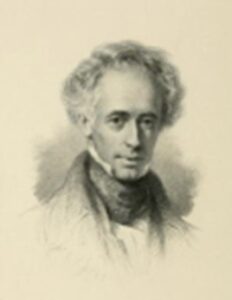 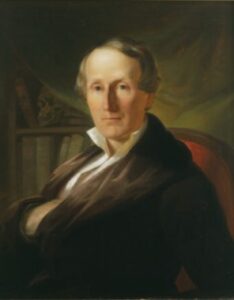 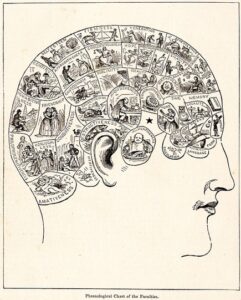 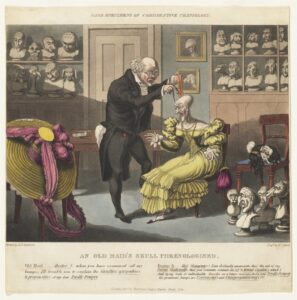 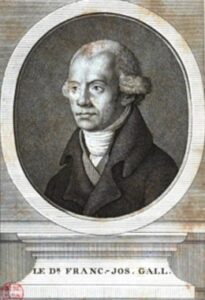 Poskett, James. Materials of the Mind: Phrenology, Race, and the Global History of Science, 1815-1920. Chicago: The University of Chicago Press, 2019.