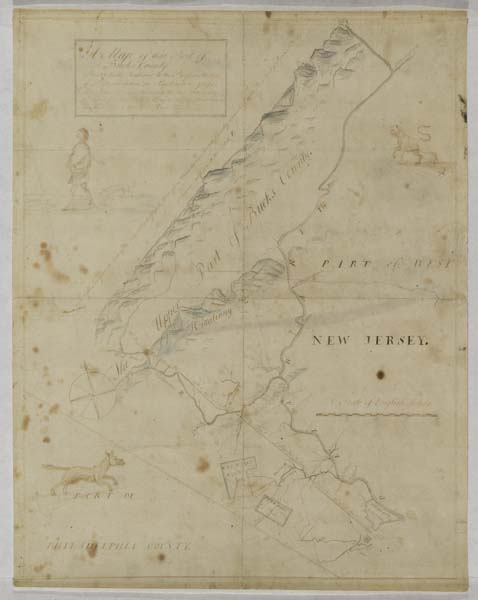 Produced soon after three Philadelphia "walkers" ran miles beyond the distance expected by the Delaware Indians, this map by surveyor John Chapman in 1737 shows the layout of the newly claimed territory of the Walking Purchase. Wrightstown, the area where the "walkers" started their day-and-a-half journey northwest, is near the bottom right of this map. The mountain range to the upper left of this map shows the northern boundary that was angled northeast towards the Delaware River, greatly increasing the total acreage of the land for Thomas Penn, John Penn, and James Logan. Drawings of a man walking with a dog, and two other animal drawings, embellish the map. 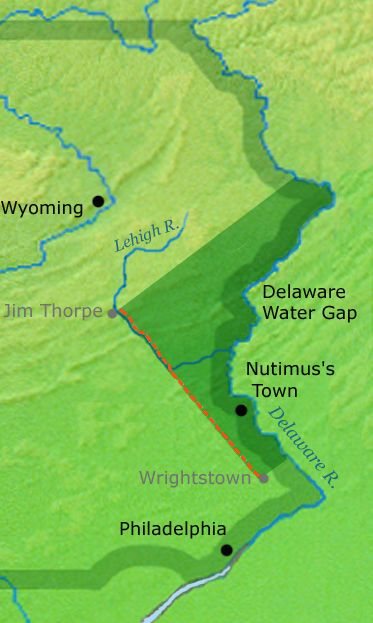 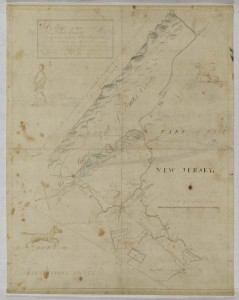 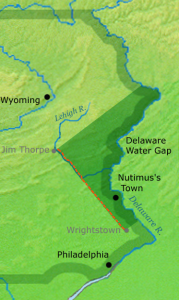 Merritt, Jane. At the Crossroads: Indians and Empires on a Mid-Atlantic Frontier, 1700-1763.  Chapel Hill: University of North Carolina Press, 2003.

Newman, Andrew.  On Records: Delaware Indians, Colonists, and the Media of History and Memory.  Lincoln: University of Nebraska Press, 2012.