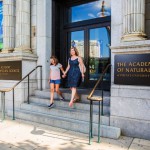 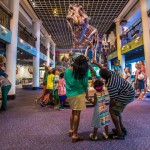 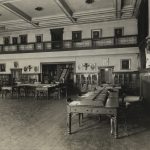 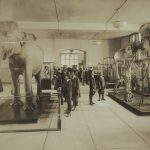 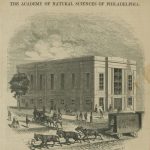 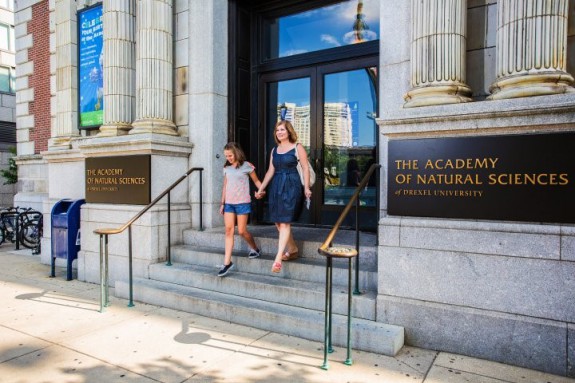 The Academy of Natural Sciences moved to its current location (seen here) at the corner of Race and Nineteenth Streets in 1876. Although the study of natural sciences began to turn to university biology labs rather than museums during the twentieth century, the museum continued to sponsor scientific expeditions across the world. Years before pollution or conservation became issues of public debate, the academy embarked on research expeditions that explored these questions. In 2011 the museum announced an affiliation with Drexel University. The museum became known as the Academy of Natural Sciences of Drexel University, a relationship that combines the academy’s collections of natural history and university-based biological research. (Photograph by J. Fusco) 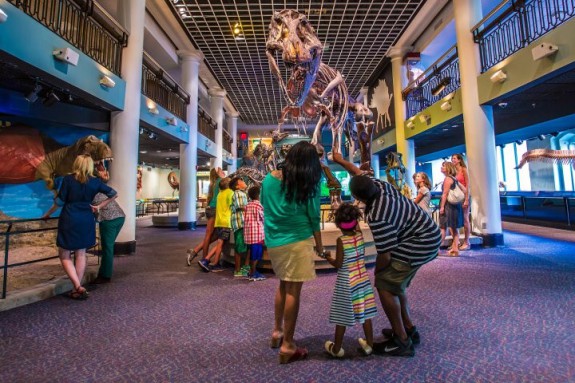 Dinosaurs at the Academy 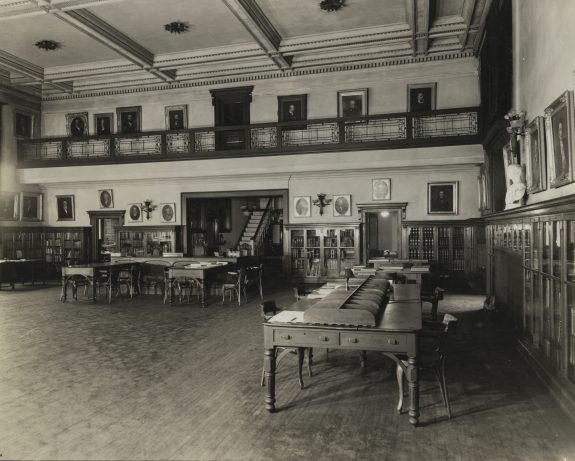 Most visitors to the Academy of Natural Sciences are drawn by its engaging exhibits such as Dinosaur Hall. But for researchers, the academy's reading room, pictured here in 1942, is a major attraction.

The reading room is where the academy stores its published and unpublished print materials, reflecting its findings during expeditions throughout the nineteenth and twentieth centuries and recorded in the Journal of the Academy of Natural Sciences. 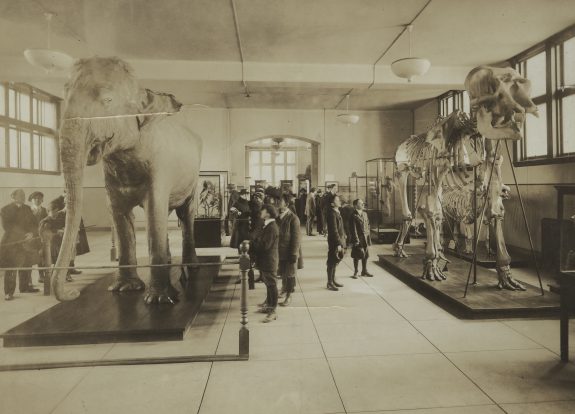 Alongside its goal of scientific discovery, the museum also seeks to spread the knowledge. One way the museum accomplishes that is through its museum exhibits. Since its founding in 1812, the museum has sought to present the public with specimens from the world’s diverse ecosystems, current and historical. One specimen was Bolivar the Elephant. The Philadelphia Zoo, where Bolivar lived until his death in 1908, donated him to the academy so that his skeleton and other prepared remains could be put on display. 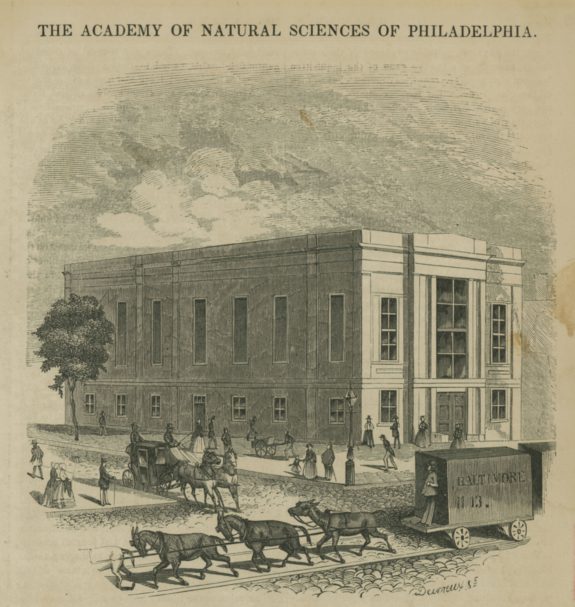 The Academy of Natural Sciences c. 1840

The founders of the Academy of Natural Sciences felt that they had been excluded and poorly represented by the elite institutions of early nineteenth-century Philadelphia, such as the displays of naturalist Charles Willson Peale. In 1812 the museum acquired its first collection, a large selection of minerals purchased from local congressman Adam Seybert. The museum continued to expand and by the late 1830s it needed to move to a new location to accommodate its holdings. In 1840, it did, moving to a new location at the corner of Broad and Sansom Streets. It stayed there until 1876, when it moved to its current location at the corner of Race and Nineteenth Streets.

By Matthew A. White 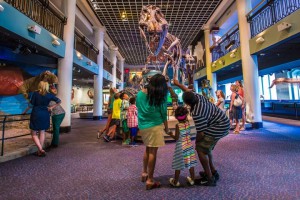 Dinosaur Hall is a favorite destination for families at the Academy of Natural Sciences. In the late nineteenth century, the field of paleontology occupied most of the museum’s time and resources, spearheaded by the museum’s renowned paleontologists Joseph Leidy and Edward Drinker Cope. (Visit Philadelphia) 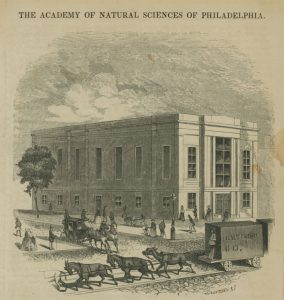 The academy’s collection grew quickly throughout the nineteenth century, forcing it to move five times to progressively larger buildings. In 1840 the institution moved to a new, fireproof building at Broad and Sansom Streets where it became one of the most modern, best-equipped natural history museums in the United States. It boasted, among other holdings, the world’s largest ornithological collection. The academy made its final move in 1876, constructing a new building at the corner of Race and Nineteenth Streets, a remote location that later became the heart of Philadelphia’s cultural district. The academy’s location was further enhanced by the creation of the Benjamin Franklin Parkway as the showpiece of the City Beautiful movement in 1917. 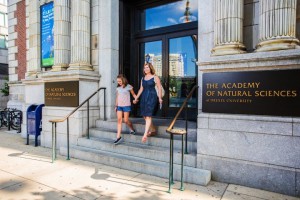 The Academy of Natural Sciences moved to its current location (seen here) at the corner of Race and Nineteenth Streets in 1876. (Visit Philadelphia)

Matthew A. White is a Ph.D. candidate in the History Department at the University of Florida. His dissertation, “Patronage, Public Science, and Free Education: William Wagner and The Wagner Free Institute of Science 1855–1929,” was supported by grants from the Consortium for the History of Science, Technology, and Medicine (Philadelphia). He is also a museum professional with over twenty-five years of experience in museums of science, technology, and history, and is the Director of Education at the Smithsonian Institution’s National Postal Museum.

The Library and Archives of The Academy of Natural Sciences of Drexel University, 1900 Benjamin Franklin Parkway, Philadelphia.