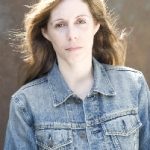 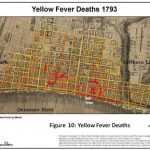 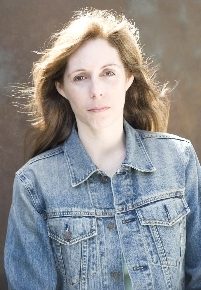 Laurie Halse Anderson is a New York Times bestselling author and winner of the Scott O'Dell Award for Historical Fiction and numerous other honors. Born on October 23, 1961, she grew up in Potsdam, New York, and she developed an interest in writing and reading historical fiction at a young age. In 1984, she graduated from Georgetown University with a degree in languages and linguistics. After this, she worked as a freelance reporter for the Philadelphia Inquirer, and she began writing novels, eventually publishing her first book, Ndito Runs, in 1996. In 1999, Anderson wrote her award-winning novel Speak, which tells the story of a high school girl who is sexually assaulted; it was adapted to film, featuring Kristen Stewart in 2004.

Throughout her writing career, Anderson has written books geared toward young people, including young adult books, children’s picture books, and various works of historical fiction, including Fever 1793 about Philadelphia’s disastrous yellow fever epidemic. Her series of historical novels titled Seeds of America, a trilogy, tells the story of Isabel, Curzon, and Ruth, young slaves seeking freedom during the American Revolution. In her writing, Anderson gives young readers a glimpse into marginalized perspectives that they might otherwise be unable to imagine. She lives in Philadelphia, where she continues to write as well as speak as a member of the National Leadership Council of RAINN (the Rape, Abuse & Incest National Network). In 2019, Anderson wrote Shout, a poetic memoir advocating for victims of sexual assault in the wake of the #MeToo and #TimesUp movements. 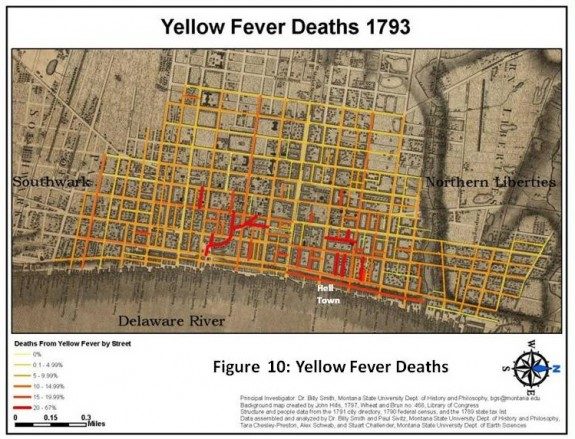 Map of the Yellow Fever Epidemic

In the summer and autumn of 1793, one of the worst outbreaks of yellow fever occurred in Philadelphia, the nation’s capital at the time. In a city of about 51,200 residents, the epidemic claimed an estimated 5,000 lives, roughly 10 percent of the population. As shown on this map of the city, the streets in dark red and orange show the areas of highest mortality, which were poorer areas of town. One of the poverty-stricken areas on this map is labeled “Hell-Town,” so-called because of its reputation for disorderly conduct and rampant criminal activity. During the 1793 outbreak, dramatized in the novel Fever 1793, destitute people from these sections of the city could not afford to leave and thus suffered higher mortality rates. At the time, doctors were unaware of how the fever spread or how to effectively treat it. Many people fled the city, including George Washington and Thomas Jefferson. Many years later in 1902, Dr. Walter Reed discovered the cause of the yellow fever, the Aedes aegypti mosquito, which spread the disease. 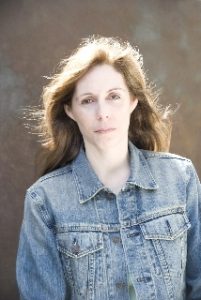 Laurie Halse Anderson, a New York Times bestselling author and winner of the Scott O’Dell Award for Historical Fiction, engages young readers from the perspectives of young, marginalized voices. This photograph was taken in 2006. (American Library Association via Flickr)

Fever 1793 encourages readers to envision a significant time in Philadelphia’s history. The novel introduces students to research using primary sources and nonfiction texts, correlates with subjects such as history and science, and promotes discussion of contemporary issues related to health and medicine. Mattie’s character development and the historical context of the novel give readers a glimpse into eighteenth-century Philadelphia during a deadly time that most could otherwise never have imagined.