Occupy Philadelphia attracted the attention of both local and national progressive leaders who spoke in support of the movement. Visitors to the encampment included scholar-activist and author Angela Davis (b. 1944), City University of New York Professor Frances Fox Piven (b. 1932), and civil rights activist Jesse Jackson (b.1941). Philadelphia Mayor Michael Nutter (b. 1957), who was up for reelection on November 8, 2011, expressed support throughout the occupation, stating that he too identified as the 99 percent. Despite the endorsement, many Occupy protesters questioned whether the mayor served as a genuine ally or simply offered his sympathies to avoid becoming a target. Opponents criticized the mayor’s legislative track record and suggested his policies did not align with his public statements. They pointed specifically to Nutter’s cuts to education and public services like libraries, pools, recreation centers, and the Fire Department.

John E. Smith III is a 2018 graduate from Temple University’s Center for Public History. He is the Assistant Archivist at the Chester County Archives in West Chester, PA. (Author information current at time of publication.) 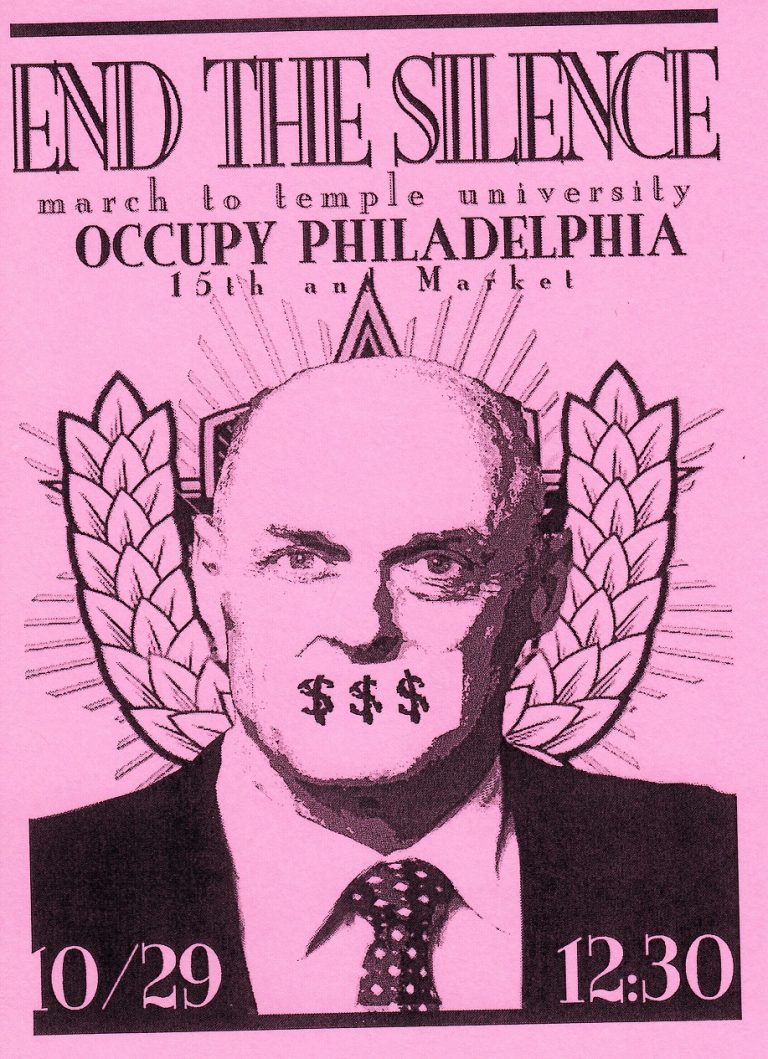 On October 29, 2011, Occupy Philly activists marched to Temple University, where former President Bill Clinton was scheduled to give a speech supporting the re-election campaign of Mayor Michael Nutter. Rallying under the theme “End the Silence,” occupiers challenged the politicians’ silence on issues ranging from LGBTQ rights to the disenfranchisement of Indigenous people. Protestors planned to cover their mouths with bandanas inscribed with the names of corporations they believed exerted too much influence in politics. Clinton and Nutter canceled the speech at the last minute, citing poor weather conditions. However, representatives of Occupy Philadelphia believed that the politicians canceled the speech when they realized the crowd was composed mainly of occupiers. 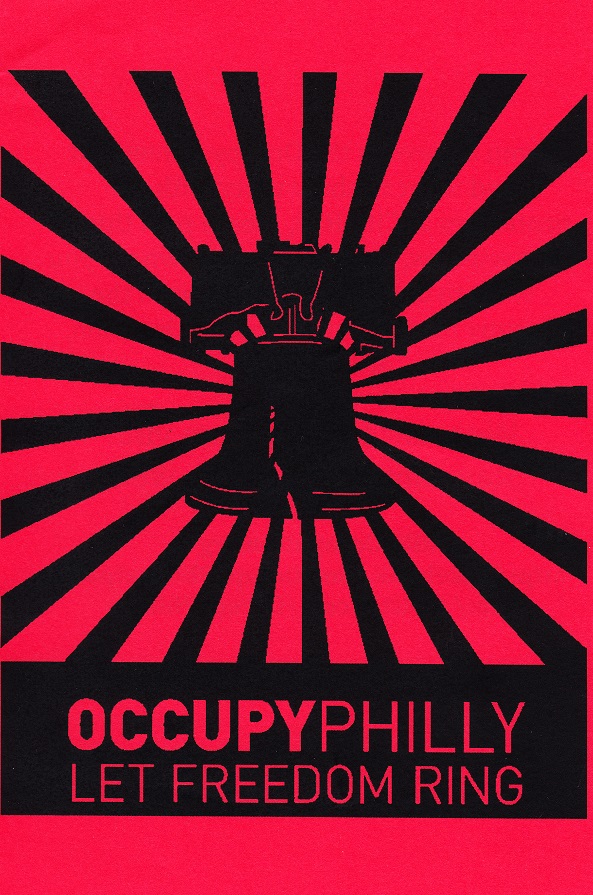 Occupy Philadelphia failed to produce any direct legislation; however, the movement had long term impacts on the city’s political culture. The movement introduced economic inequality into the mainstream political discourse, and the widening gap between rich and poor became a major talking point in the 2012 presidential election. Activists who participated in Occupy Philadelphia led future actions in the city, including demonstrations after the 2016 presidential election and the 2018 Occupy ICE protest. Occupy’s ideas helped shape Philadelphia’s image as a progressive city. 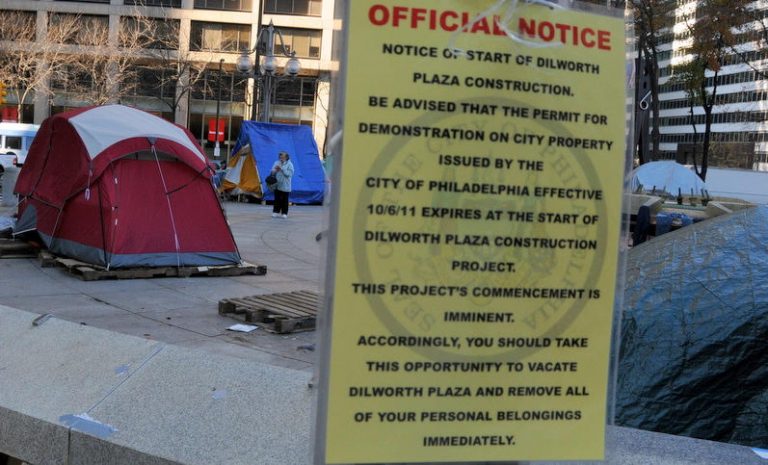 As the Occupy protest continued into November, the occupiers’ encampment threatened to delay a $50 million renovation project on Dilworth Park planned to begin that month. The permit given to Occupy was set to expire at the start of construction. City officials discussed offering a new permit to move the protest across the street from City Hall, but many occupiers argued that staying would give them leverage to make demands on City Hall. Occupiers were not entirely against the renovation project; many saw that it would create more working-class jobs and make the plaza more accessible. However, some thought that the funding for the project would be better used on social services.

On November 15, officials posted notices throughout the Occupy encampment warning protestors to evacuate. Many left shortly after, fearing a police raid. Two weeks later, in the early morning of November 30, police used heavy equipment to clear the remaining encampment. At 5 a.m., the remaining occupiers faced-off with police on North 15th Street. By the end of the morning, more than 50 people had been arrested on charges of obstruction of a highway, failure to disperse, and conspiracy. At 7 a.m., Mayor Michael Nutter (b. 1957) told the media that the occupation was over. (Photograph by Donald D. Groff for the Encyclopedia of Greater Philadelphia) 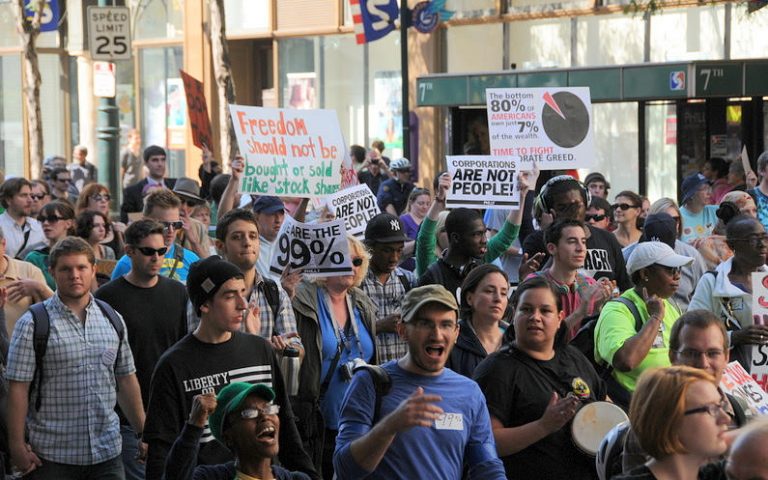 Occupiers used nonviolent protest tactics, including marching, chanting, and acts of civil disobedience. Throughout the occupation, the group organized several marches to locations such as the Liberty Bell and the Comcast Center. One such march ended at the Rittenhouse Hotel, where presidential candidate Mitt Romney held a fundraising event. When occupiers announced plans to rally outside a talk by House Minority leader Eric Cantor at the University of Pennsylvania, Cantor responded by canceling the event. These marches and rallies demonstrated the movement’s strength in numbers. (Photograph by Donald D. Groff for the Encyclopedia of Greater Philadelphia) 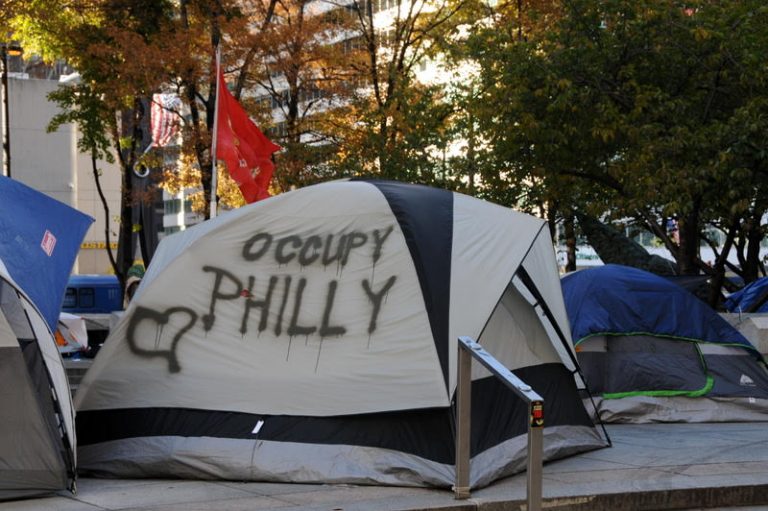 In September 2011, activists in New York City launched the Occupy Wall Street Movement to protest economic inequality and corporate greed. By October, the movement had spread to cities throughout the world, including Philadelphia. Occupy Philadelphia protests began on October 6 in Dilworth Plaza. The leaderless, decentralized movement included people of many different ages, races, and political affiliations. While many protestors demonstrated against economic inequality, others protested issues such as police brutality and U.S. involvement in foreign wars. (Photograph by Donald D. Groff for the Encyclopedia of Greater Philadelphia) 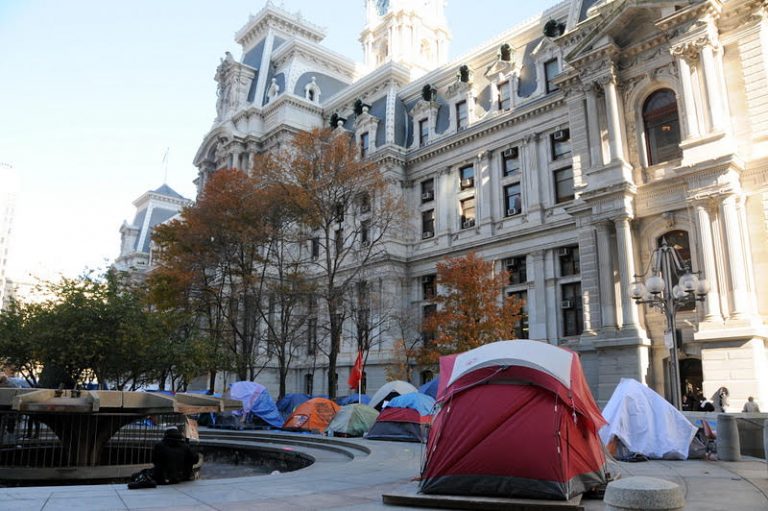 Occupy Philadelphia activists erected a tent city in Dilworth Plaza outside City Hall as part of their public protest. Facilities within the camp included a first-aid station, a library, a food station, and meeting spaces for the movement’s sub-committees. As the protest went on, concerns were raised about safety and sanitation within.

On November 15, officials posted notices throughout the camp ordering protestors to evacuate so that a scheduled $50 million renovation project on Dilworth Plaza could begin. Many occupiers dispersed shortly after the notice was posted. In the early morning of November 30, police raided the camp, using heavy equipment to clear the remaining tents. (Photograph by Donald D. Groff for the Encyclopedia of Greater Philadelphia) 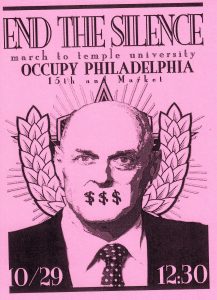 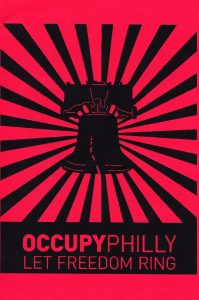 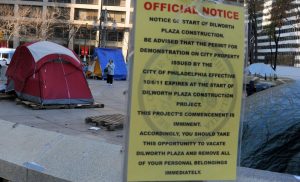 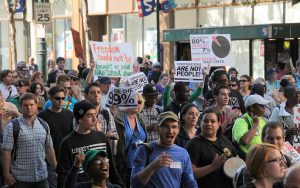 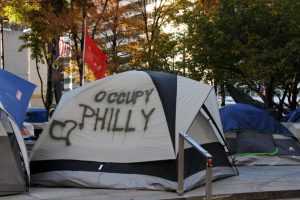 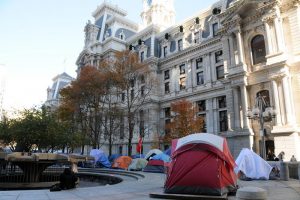