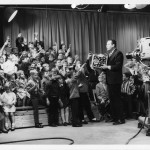 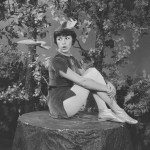 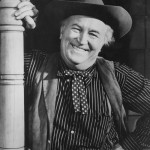 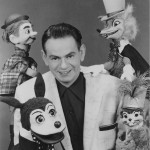 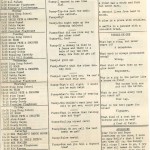 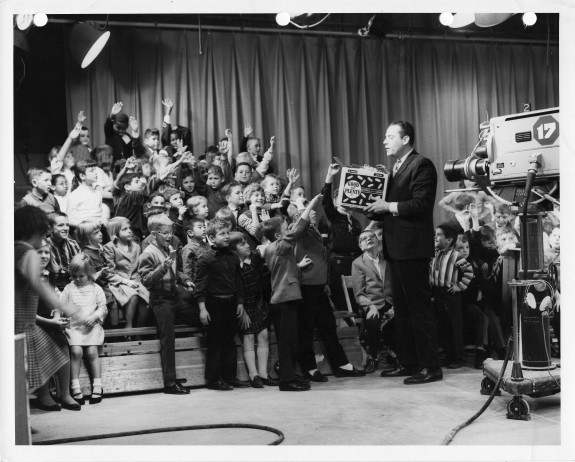 Bill Webber with the Peanut Gallery 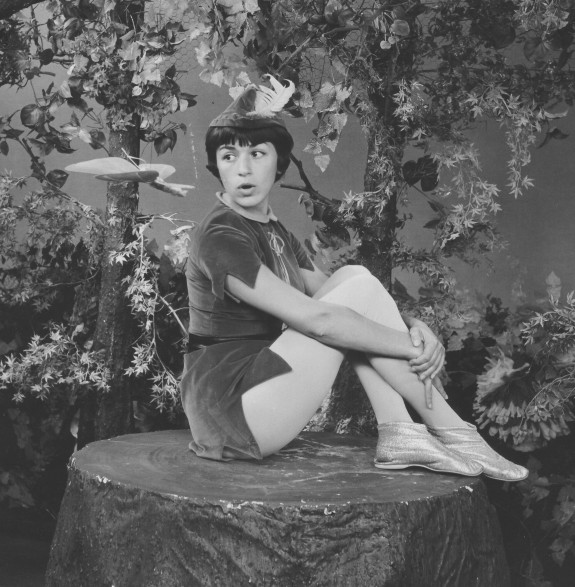 Jane Norman, whose show Pixanne consciously referenced Peter Pan, wanted to re-interpret Peter in a feminized form. She set her show in an “Enchanted Forest,” where she sang songs and taught life lessons to the child viewers at home. She even “flew” through the air with the aide of a wire. (Photograph published with the permission of Jane Norman.) 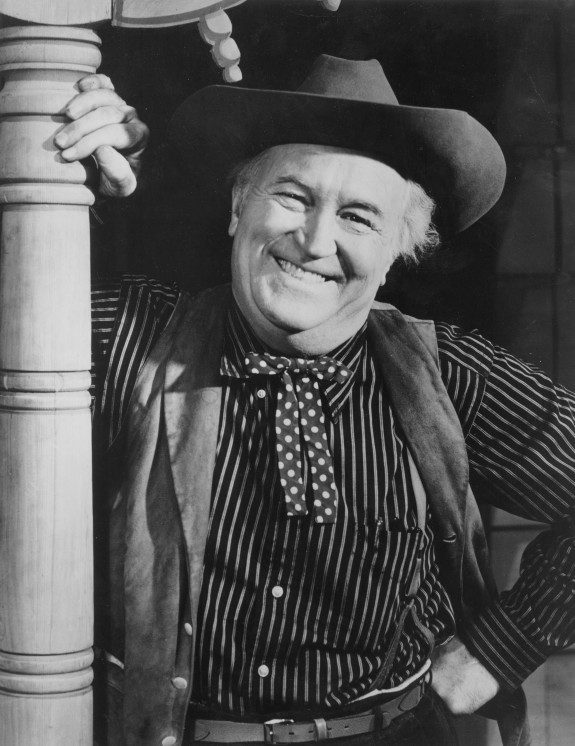 Philadelphia’s favorite “uncle” was Pete Boyle (father of "Everybody Loves Raymond" star Peter Boyle), who hosted a variety of children’s shows. Uncle Pete showed cartoons and short features; he also drew and told stories. His shows usually included an audience of children who attended the taping and appeared with Uncle Pete on-camera. Uncle Pete was gentle and low-key in demeanor. He emphasized good manners and the Golden Rule in his TV chats with the children on his show and at home. (Photograph published with permission of Channel 3 [KYW] Children's Programming Art.) 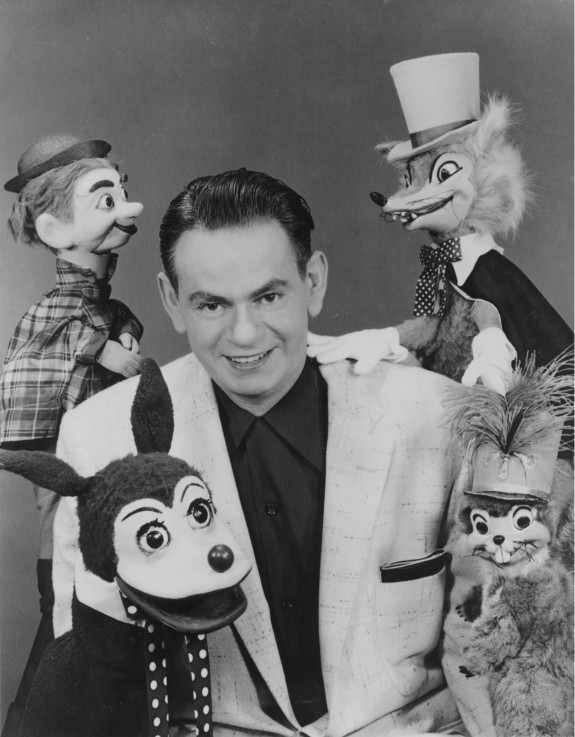 Australian Ventriloquist Lee Dexter created “Bertie the Bunyip,” one of the most popular children’s show characters of the 1950s. The puppet star of Bertie the Bunyip was based on a fantastical beast from aboriginal mythology. (Photograph published with permission of Channel 3 [KYW] Children's Programming Art) 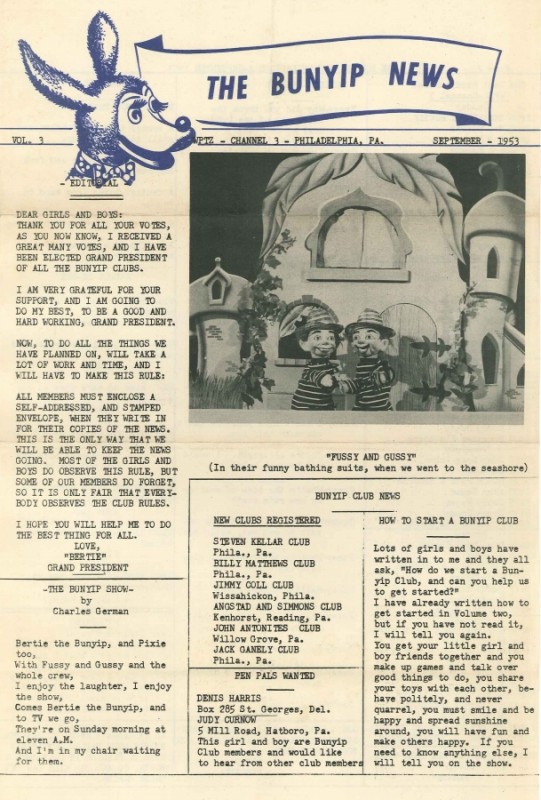 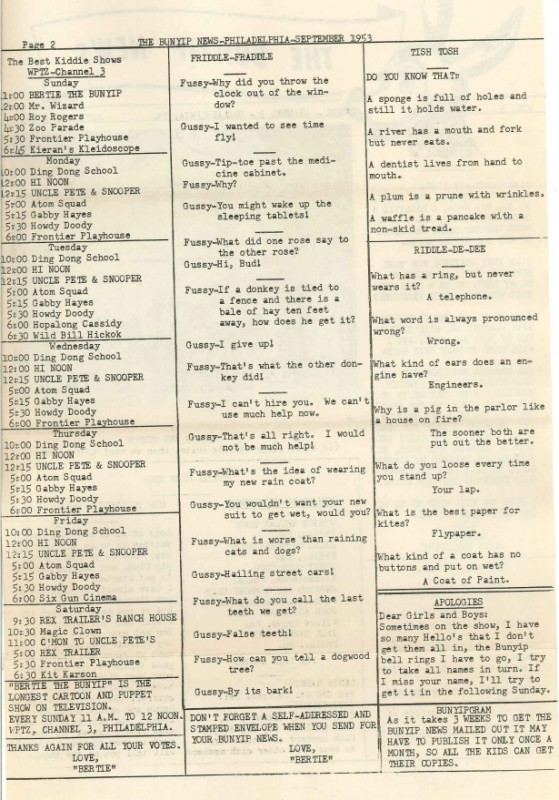 In the first column, the extensive daily lineup of children's programming on WPTZ-Channel 3 is listed for readers of the Bertie the Bunyip fan club newletter. (Published with permission of Channel 3 [KYW] Children's Programming Art.)

Local children’s programming in the Philadelphia area flourished during the “Golden Age of Television,” from the rise of commercial broadcasting after World War II to the early 1970s. During its heyday the hosted children’s show was a mainstay of locally produced programming. In the Philadelphia area, original children’s shows were produced by the three local broadcast affiliates – WPZT (later KYW), Channel 3 (NBC, now CBS), WFIL (later WPVI) Channel 6 (ABC), and WCAU Channel 10 (CBS, now NBC) – and reached viewers throughout Pennsylvania, southern New Jersey, Delaware, and even northern Maryland. The Philadelphia shows were not only financially successful, garnering large audience shares for their time slots and generating substantial advertising income for the stations, but were also critically well-received by reviewers, children, and parents. 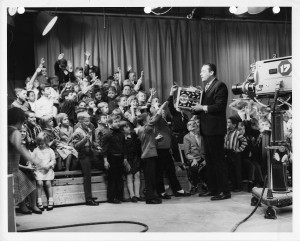 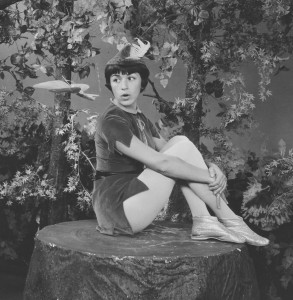 Jane Norman as “Pixanne” in the Enchanted Forest. (Photograph published with the permission of Jane Norman.)

Vibiana Bowman Cvetkovic is a reference librarian at the Paul Robeson Library of Rutgers – The State University of New Jersey. Brandi Scardilli graduated from Rutgers University–Camden with an M.A. in history.