Strike organizers saw the company’s disrepute as key to the strike’s chances for success: Leaders tied RTC and the administration of Mayor John E. Reyburn (1845-1914) to lawlessness, violence, and anarchy, in opposition to justice-seeking workers and residents of Philadelphia.Organizers saw the strike as a local stage for broader conflicts between organized labor and capitalist interests. In order to appeal to nonunionized workers and the general public, leaders discouraged radical “outsiders” from infiltrating the strike and any violence other than destruction of RTC property.

The general strike was a tactical escalation in response to RTC’s unwillingness to arbitrate. The key disagreement between RTC and Local 477 was the exclusive right of the union to organize RTC workers, which would enable membership growth and bargaining power, as had been achieved by transit workers in San Francisco, Detroit, Cleveland, and Pittsburgh. RTC knew this, and was committed to maintaining an open shop to prevent a wage increase. RTC would not surrender on what it considered “fundamental and inalienable rights” as a corporation, namely: to not be subjected to any outside organization and to be able to fire employees at will.

The strike had organized workers across industries in opposition to the public-private alliance between the police, the Reyburn administration, and RTC. It convinced RTC and the city that “rioting cannot be effectively suppressed except by radical measures”—namely, police officers’ liberal use of revolvers and clubs—and compelled the city and elite reformers to push for a strengthened police force and structured intervention to prevent juvenile delinquency. Though the strike did not achieve its central demand—exclusive union recognition— it paralyzed the city, garnered tremendous solidarity, and demonstrated the capacity of labor to organize across industrial lines.

Julianne Kornacki is a doctoral student in political science with an interest in the history of municipal and neighborhood politics in Philadelphia. (Author information current at time of publication.) 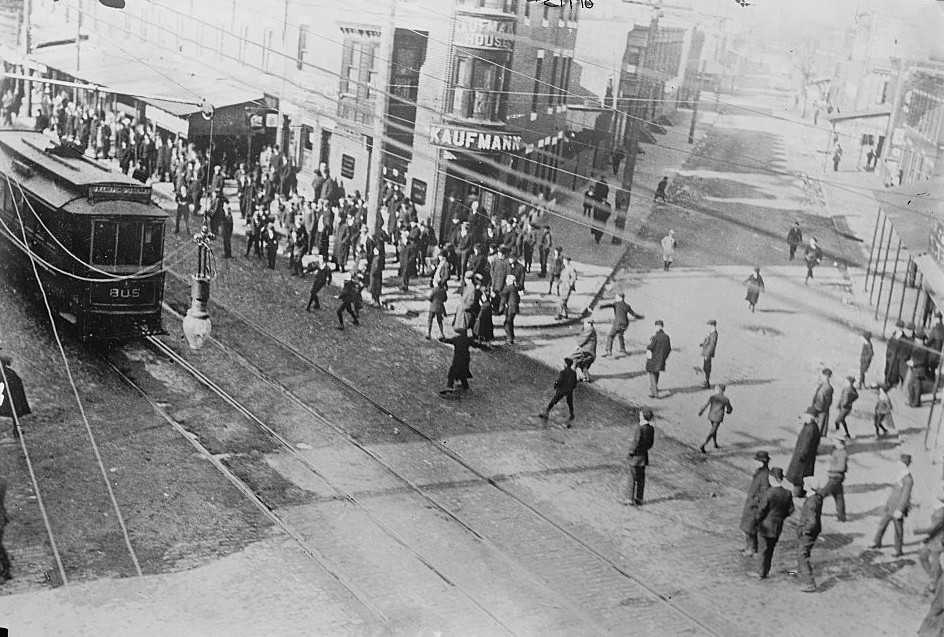 During the strike, the widespread dissatisfaction with the Rapid Transit Company over labor conditions took violent turns, as in this February 20, 1910, photo in which strikers throw stones at a passing trolley. The escalation from simple protest to violence and sabotage--to render streetcars inoperable--led the Philadelphia police to arrest high-ranking union organizers and sympathy strikers. The police were authorized to “storm” strikers with guns and batons. Once the general strike commenced in March, the police were used as a virtual private security force for the RTC. The citizenry’s resentment toward Philadelphia’s Republican-dominated government had been growing since the early 1900s, and as the number of strikers grew the chance for violence increased. To the public, the use of the police showed that Philadelphia’s political leaders were more concerned with protecting corporate interests than those of its citizens. Violent clashes between strikers and police during the general strike led to the deaths of as many as ten strikers and bystanders, according to newspaper reports. 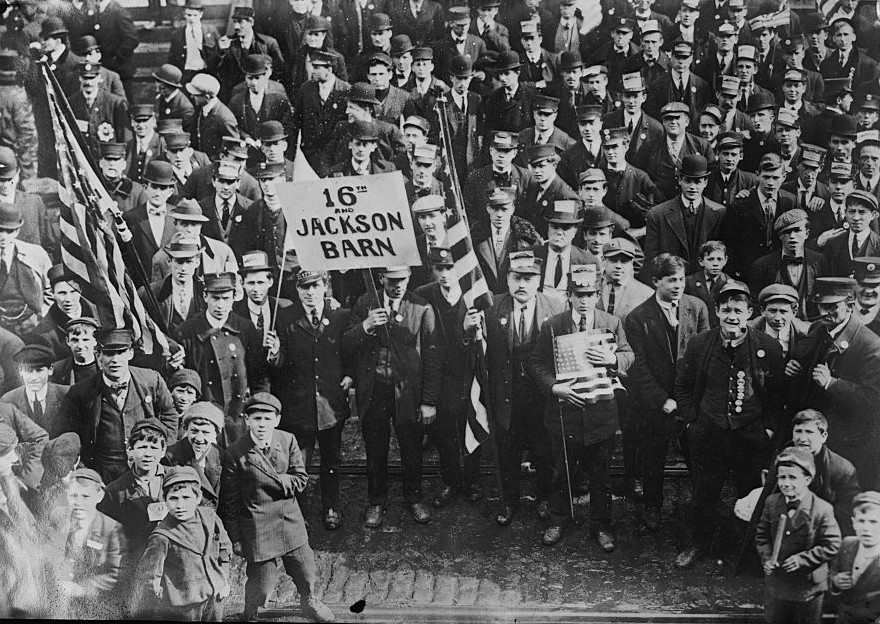 Strikers Going to a Meeting

A group of strikers and sympathizers come together in public to demonstrate the solidarity of organized workers across industries in opposition to the public-private alliance between the police, the administration of Mayor John Reyburn, and the Rapid Transit Company. The issue of political corruption in the public transportation system that implicated both private interests and the city’s Republican political machine helped to increase the number of strikers and supporters to an estimated 140,000 people. The solidarity displayed by other unionized workers, not just Local 477 of the Amalgamated Association of Street and Electric Railway Employees of America, showed the public dissatisfaction with the exploitation of workers. Certain transit company policies that were unfriendly to customers, such as discontinuing transfers, contributed to public support for the strike. 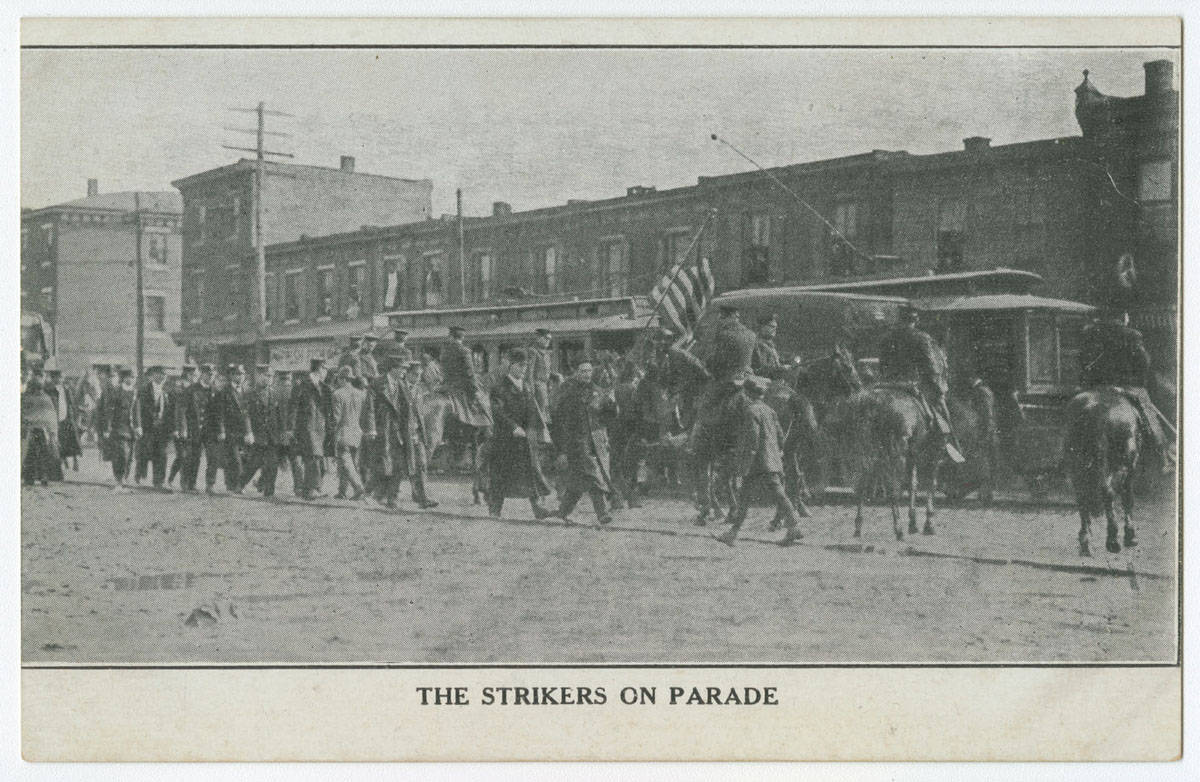 Protesters parade through the streets of Philadelphia while police on horseback patrol during the general strike of 1910. In anticipation of the strike, the Rapid Transit Company used the Philadelphia police as on-call private security and emergency police stations were constructed at key RTC depots. At the height of the strike, RTC fed and housed over 7,000 strikebreakers and police officers. The use of the Philadelphia police was evidence of the power the company held within the city government and contributed to the public perception that corporate interests were the focus of the city government. Furthermore, the people who labored felt often overlooked and faced dismal working conditions and limited job security. Unionizing and going on strike was the only way for many to have their voices heard, and the risks associated with striking—possibly losing their jobs, being arrested, facing violence—was worth it to many to gain some control in their work life. 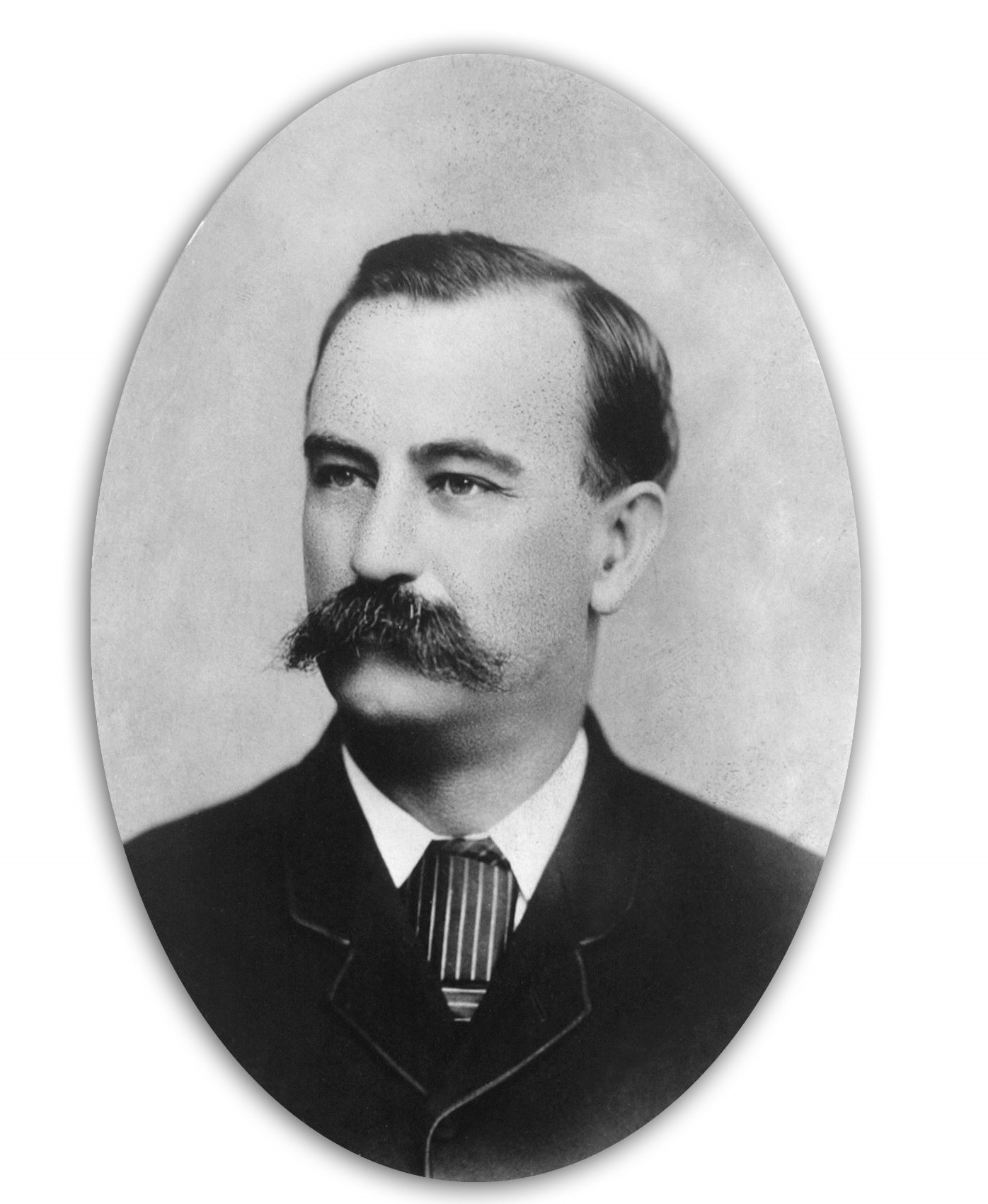 The issue of government corruption in Philadelphia gained widespread notice in 1903 when journalist Lincoln Steffens published a series of articles exposing municipal corruption in the United States. The fifth article in this series focused on Philadelphia, and Steffens believed Philadelphia was worse than any other place he had investigated. Steffens declared: “Philadelphia is simply the most corrupt and the most contented.” The idea that commercial interests prevailed over the interests of the people allowed labor leaders to characterize the conflict as pitting Mayor John E. Reyburn and the Rapid Transit Company--lawless and violent-- against the justice-seeking workers and residents of Philadelphia. 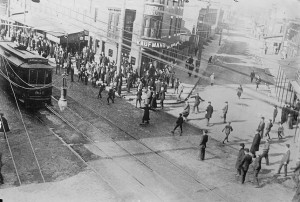 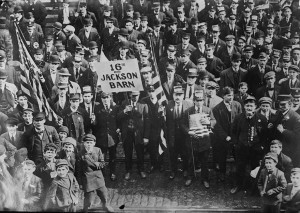 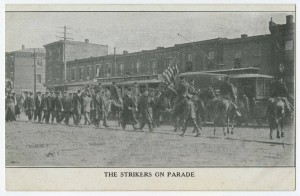 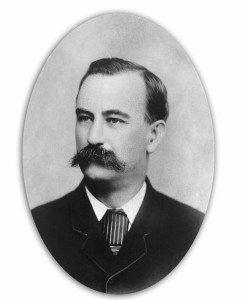 Conway, Thomas Jr. “Street Railways in Philadelphia Since 1900.” Annals of the American Academy of Political and Social Science, Vol 24 (September 1904): 70-76.

Lewis, Edwin O. “Philadelphia’s Relation to Rapid Transit Company.” Annals of the American Academy of Political and Social Science (May 1908): 66-77.