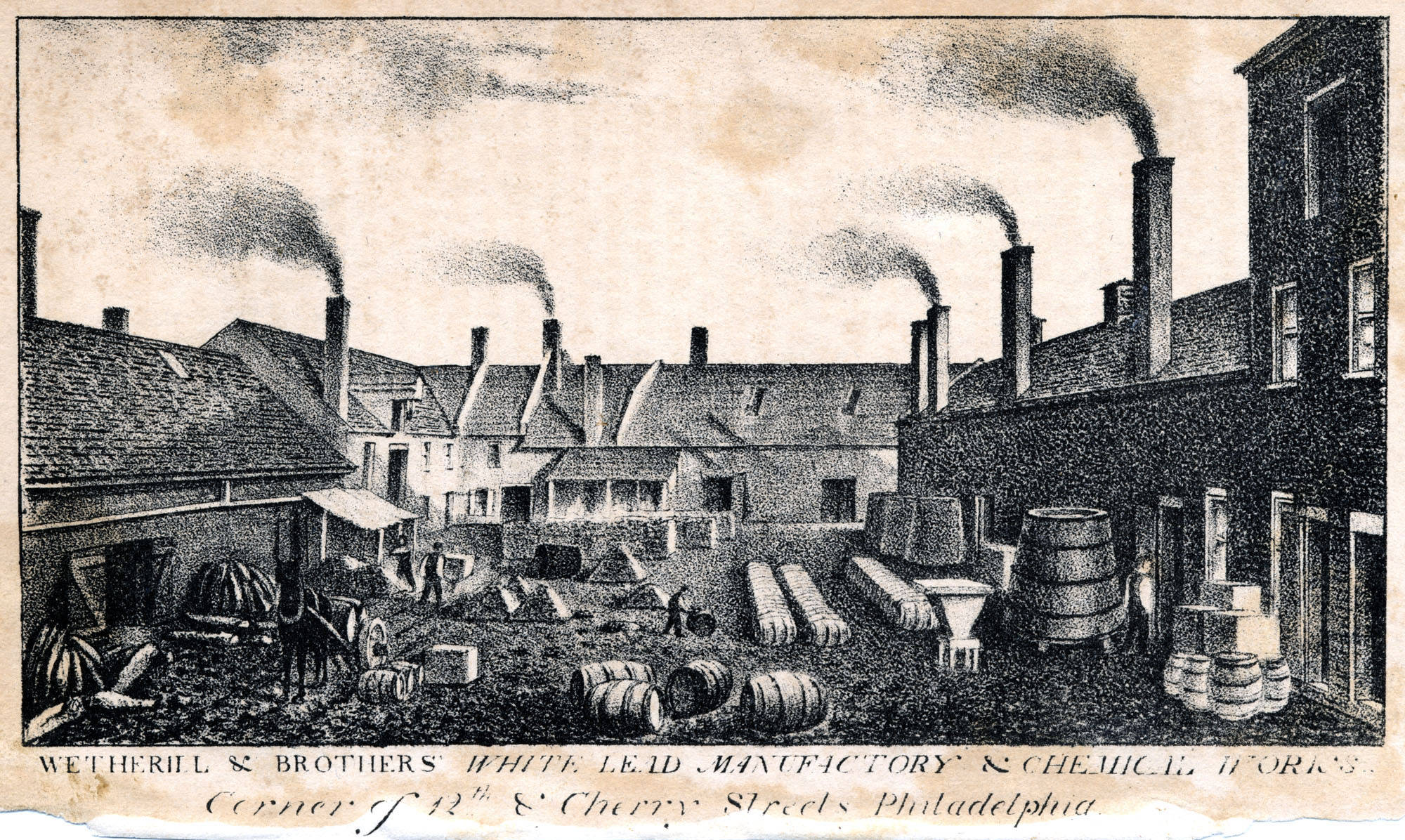 Samuel Wetherill & Son's white lead factory, began operations in 1809 at Broad and Chestnut Street and produced the basic ingredients required for any form of paint or varnish. After a fire heavily damaged the facility in 1812, the Wetherill family constructed a new factory (pictured here) at the corner of Twelfth and Cherry Street. The drawing shows the conditions of the open central yard between the factory buildings. The output of a single factory was enough to support the Wetherill's chemical business for over thirty years. By 1847, the Wetherill & Brothers business had expanded along the East Coast, and a larger factory was constructed on South Thirtieth Street in West Philadelphia. 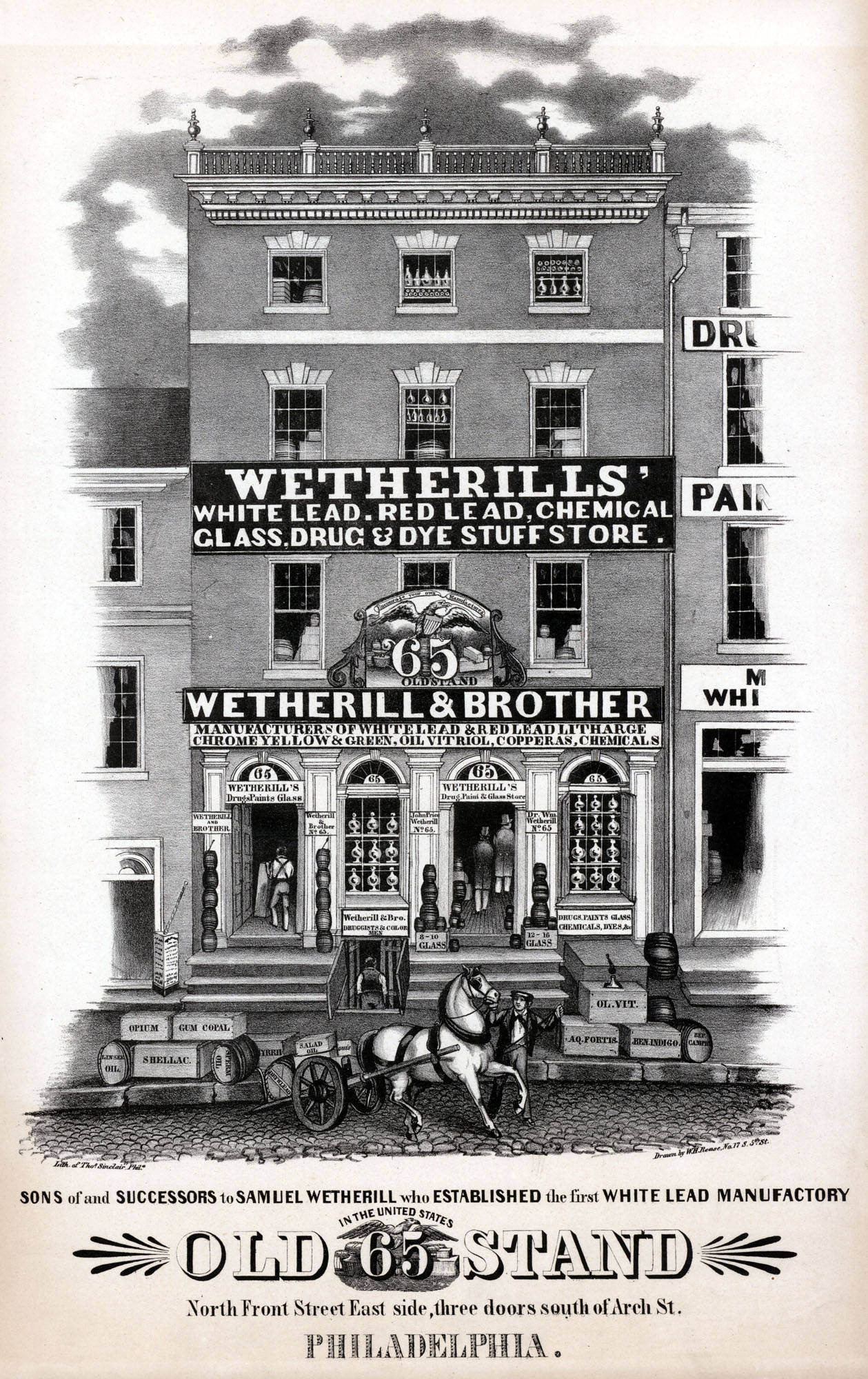 This 1845 advertisement for Wetherill & Brother illustrates a store on North Front Street receiving a fresh shipment of new product and two top-hat-wearing men entering the store to shop. As the signs and crates around the building show, white lead was just one product that Wetherill & Brother produced and sold through these stores. In addition to a variety of paints and varnishes, this advertisement also highlights chemical additives, glass and opium products. By 1845, Wetherill & Brothers developed a chain of sales agents and similar stores along the East Coast. 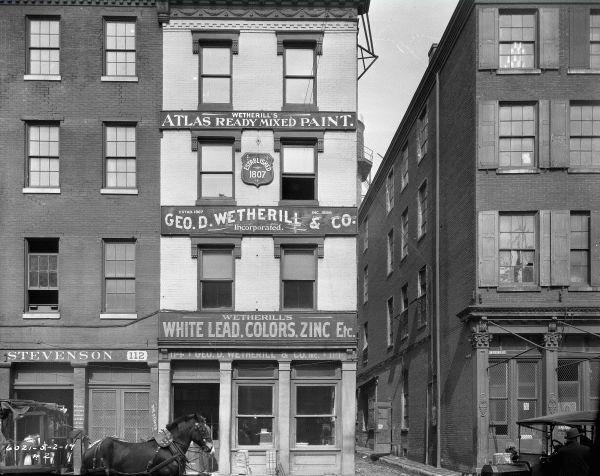 By the mid nineteenth century, the paint industry for consumers had evolved from a complex system of mixing chemicals to the relative ease of ready-mixed paint. Ready-mix paint had revolutionized the paint industry, since consumers just had to purchase a can of the product and apply the liquid onto a surface. Retailers like the Geo. D. Wetherill & Co. store, pictured here in 1917, received cans of Atlas Ready-Mixed Paints directly from the manufacturer and sold the product directly to the customer. Stores occasionally added pigments or other additives to change the paint's properties; but once a customer brought paint or varnish can home, it was completely mixed and ready to use. Ready-mixed paints also allowed for a wider range of consistent color choices, since ready-mix paint was consistent within every can. 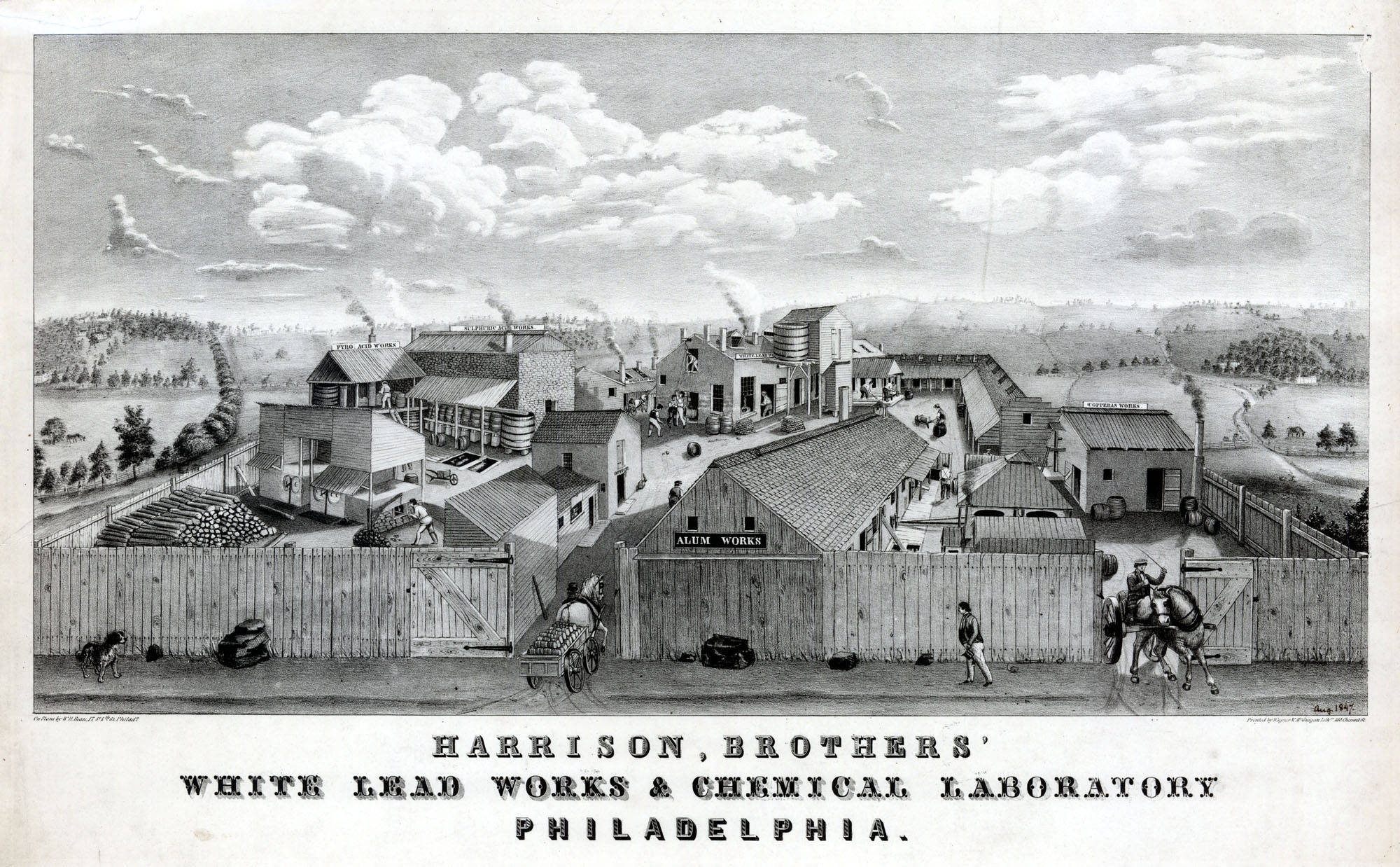 A full production facility for paint and varnish chemicals required multiple buildings and manufacturing processes to create the variety of products that customers demanded. This 1847 drawing of a Harrison Brothers' factory in the Frankford section of Philadelphia shows the entire production complex that operated to supply local merchants with chemical products. The buildings, labeled from left to right, include the Pyro Acid Works, Sulphuric Acid Works, Sugar Lead Works, White Lead Works, Alum Works, and Copperas Works. Offices and storage occupied the smaller, unlabeled buildings. 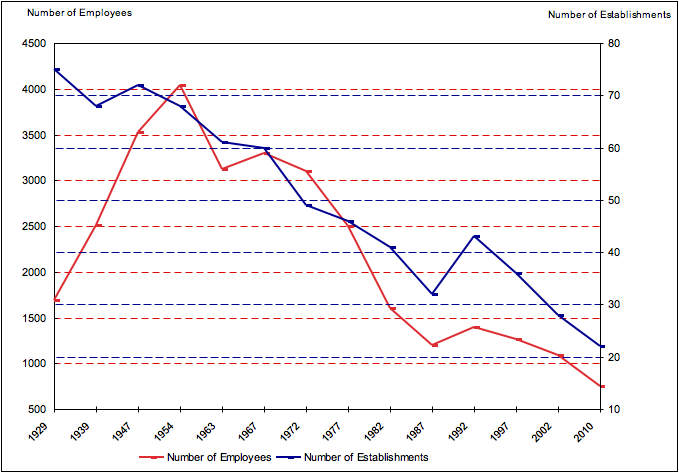 Paint and Varnish Industry in Philadelphia

US Census Bureau, Census of Manufacturers

This chart, based on data compiled from the Census of Manufacturers, shows the declining number of paint and varnish factories and employees within Greater Philadelphia between 1929 and 2010. While the number of factories mostly declined during this period, it is interesting to note that employment increased during the Great Depression and continued to climb until the 1960s. As larger corporations purchased smaller companies, such as DuPont purchasing Harrison Brothers or Sherwin-Williams purchasing John Lucas and Co., many local paint factories and jobs were transferred out of the area. The Philadelphia metropolitan area represented in this charte includes includes the following counties: Bucks, Chester, Delaware, Montgomery, and Philadelphia in Pennsylvania; and Camden, Burlington, and Gloucester in New Jersey. 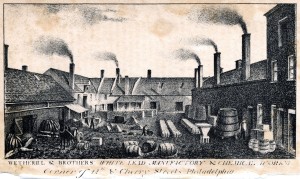 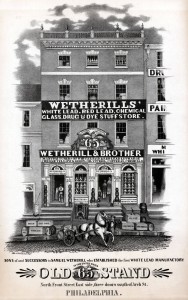 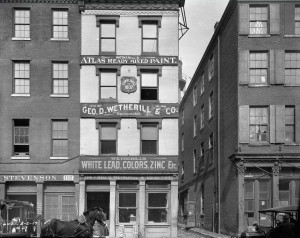 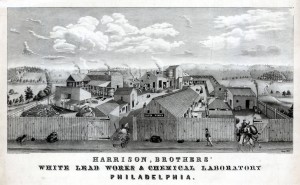 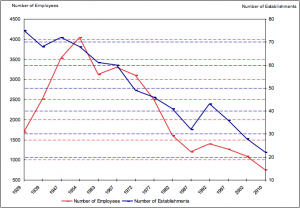