Amanda Sherry is a museum professional in the greater Philadelphia region. (Author information current at time of publication.) 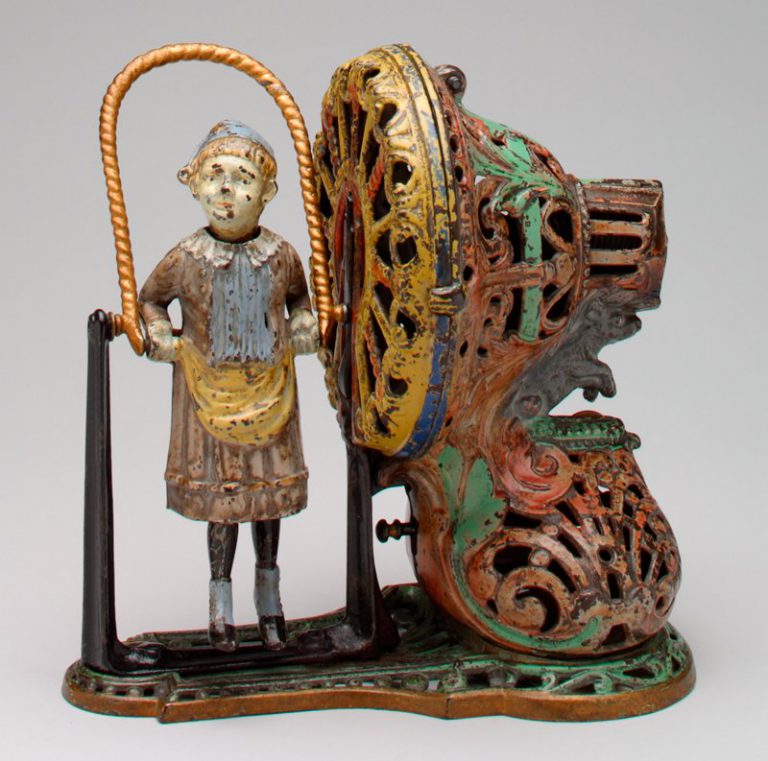 James H. Bowen patented his design “Girl Skipping Rope” in 1890, and J&E Stevens of Cromwell, Connecticut, produced the mechanical banks. Due to its design for young girls, this bank was unusual among others in the market. 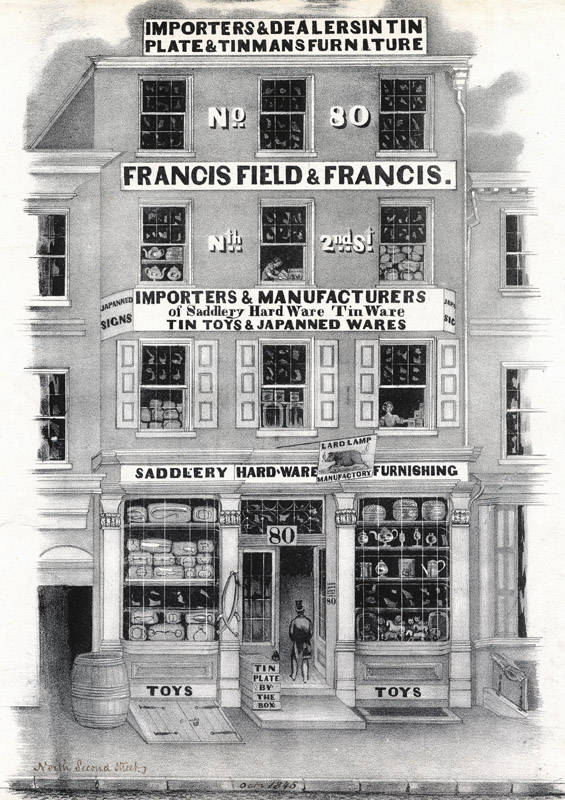 Francis, Field, and Francis, located at 80 N. Second Street in Philadelphia, began producing toys in 1838. The company, also known as the Philadelphia Tin Toy Manufactory, is believed to have produced the first toy in the United States. It also sold imported French and German toys.

This print from 1846 shows the variety of items sold by Francis, Field, and Francis in the windows of each floor. In the bottom right window, toys are on display for customers to see from the street. Saddlery, hard-ware, and lard lamps were among items for sale. 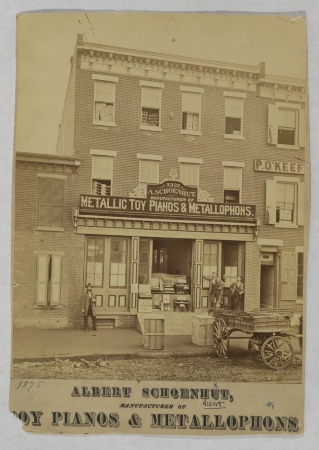 Albert Schoenhut began producing toy pianos after realizing the success of his creation at Wanamaker’s in Philadelphia. He opened A. Schoenhut’s Toy Pianos and Metallophons in 1872 on Frankford Avenue in Kensington. The largest toy company in the United States before World War I, Schoenhut remained in business until 1935 when the company declared bankruptcy. 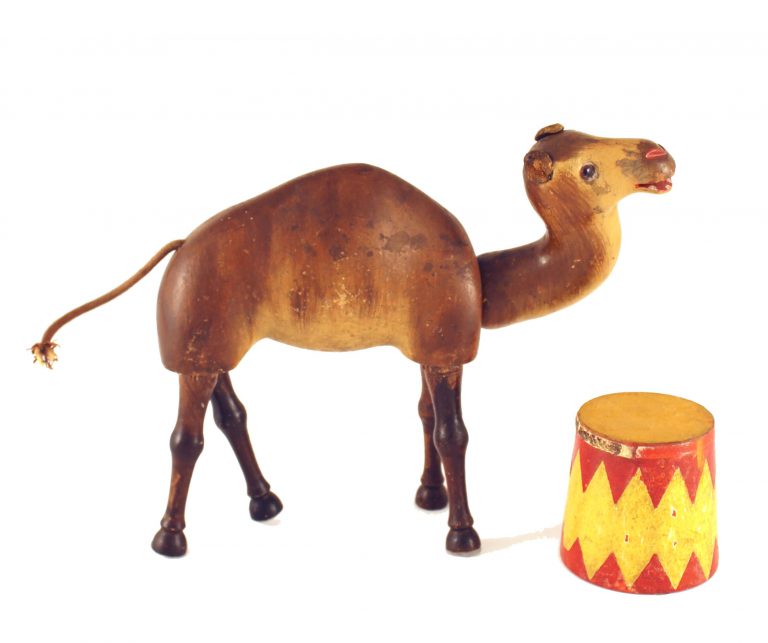 Manufacturing of Schoenhut’s camels as part of the “Humpty Dumpty Circus” set of toys began in 1907. Production of the popular set ceased when the business declared bankruptcy in 1935. The camel has glass eyes, leather ears, and a woven tail. Schoenhut seized the American public’s love of the circus and introduced the camel as an exotic addition to the “Humpty Dumpty Circus” set.

Additional pieces in the set included a ringmaster, acrobats, clowns, and other animals. Each piece was hand painted, and the early toys had glass eyes and real hair. The designs were intricate and the toys could be manipulated into a range of positions. They could perform “tricks” for those who played with them due to the elastic bands joining the animals’ pieces together. Tents, wagons, and additional accessories could be purchased with the thirty-seven animals and ten performers to complete the circus set. (Photograph by Sara Hawken) 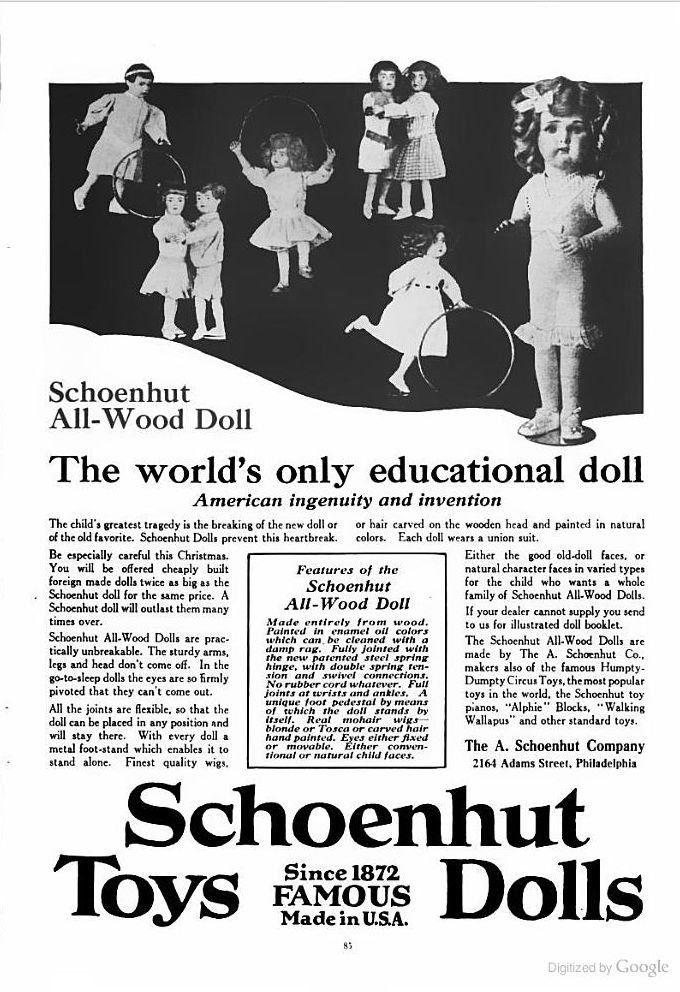 Schoenhut emphasized the quality, craftsmanship, and “American ingenuity” of its all-wooden dolls. In 1921, Scribner’s magazine carried an advertisement for “the world’s only educational doll.” 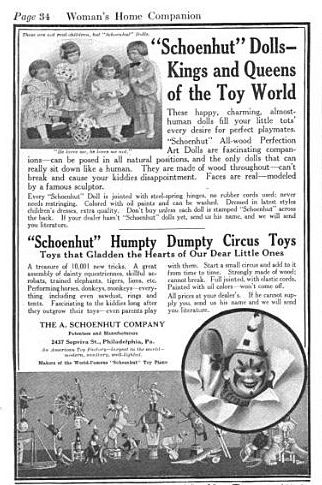 In 1913, the Women’s Home Companion published Schoenhut’s advertisement for the Humpty Dumpty Circus Set for Christmas. The set is advertised as “Toys that Gladden the Hearts of Our Dear Little Ones.” 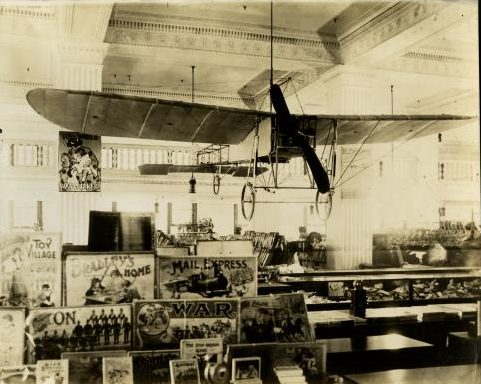 John Wanamaker established his "Grand Depot" department store in 1876 and opened his remodeled store at 1300 Market Street in Philadelphia in 1911. Albert Schoenhut began his U.S. toy-making career at an earlier Wanamaker’s store in 1866 as a toy piano repairman. The toy department of the twentieth century had a model flying machine on display, hanging from the ceiling. The eighth-floor toy department also had a monorail on which children could ride around the floor. 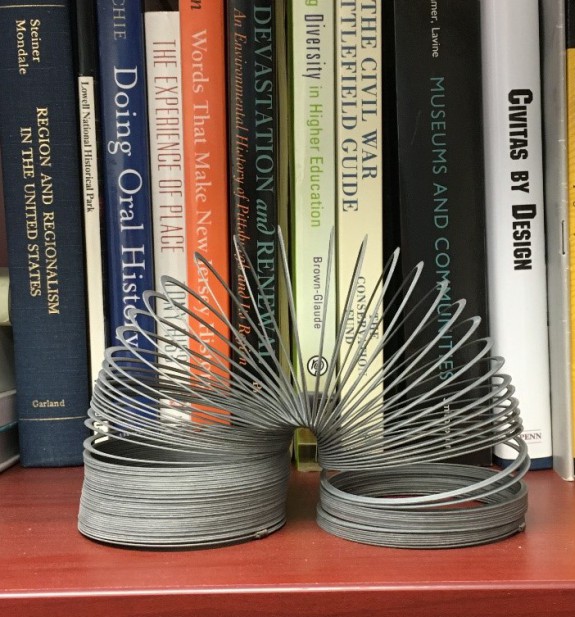 Conceived by happenstance in a Philadelphia shipyard, the Slinky has become one of the most popular toys in the world. The first order of Slinkys (four hundred in total) arrived at Gimbels department store in November 1945 and sold out in ninety minutes. The toy has known international success, having walked on the Great Wall of China and blasted into space aboard the space shuttle Discovery in 1985. (Photograph by Arthur Murphy) 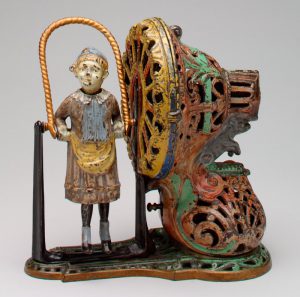 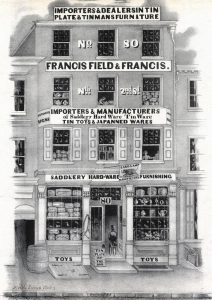 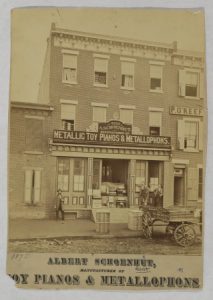 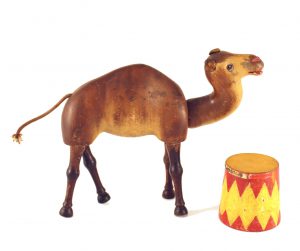 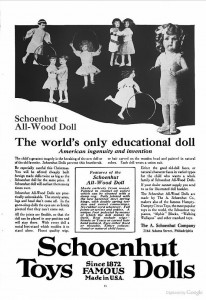 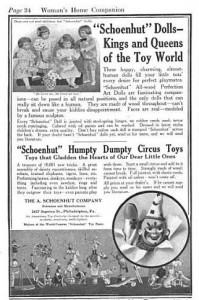 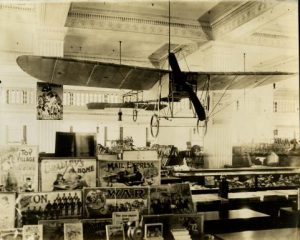 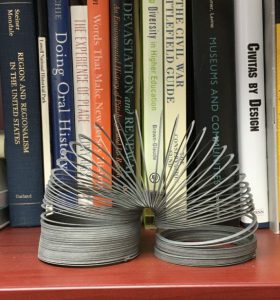 MacFarlane, John. J. Manufacturing in Philadelphia, 1683-1912: With Photographs of Some of the Leading Industrial Establishments. Philadelphia: Philadelphia Commercial Museum, 1912.