Martin W. Wilson is Associate Professor of History at East Stroudsburg University.  This essay draws upon his research on the history of tourism in Philadelphia between 1926 and 1976. (Author information current at time of publication.) 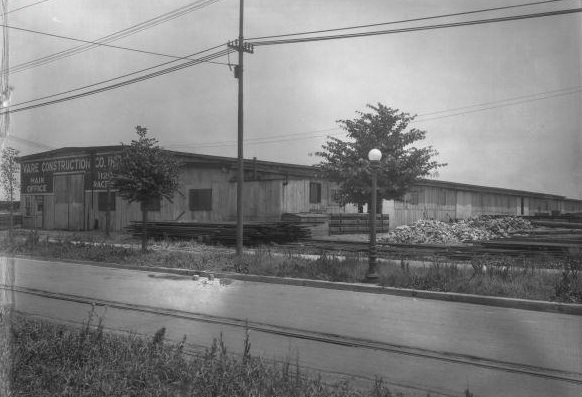 In 1924, proposals for a Sesquicentennial fair in Fairmount Park were abandoned for previously undeveloped land controlled by political boss William Vare, whose family construction business can be seen in this photograph taken at Broad Street and Packer Avenue in 1925. For Philadelphia's "contractor bosses," the fair held the potential for profits from city contracts and increased property values for land that they owned 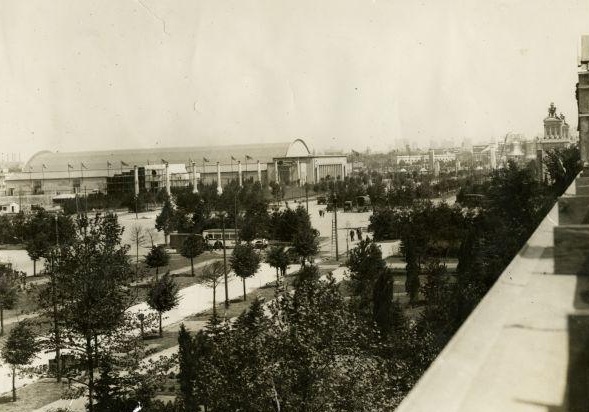 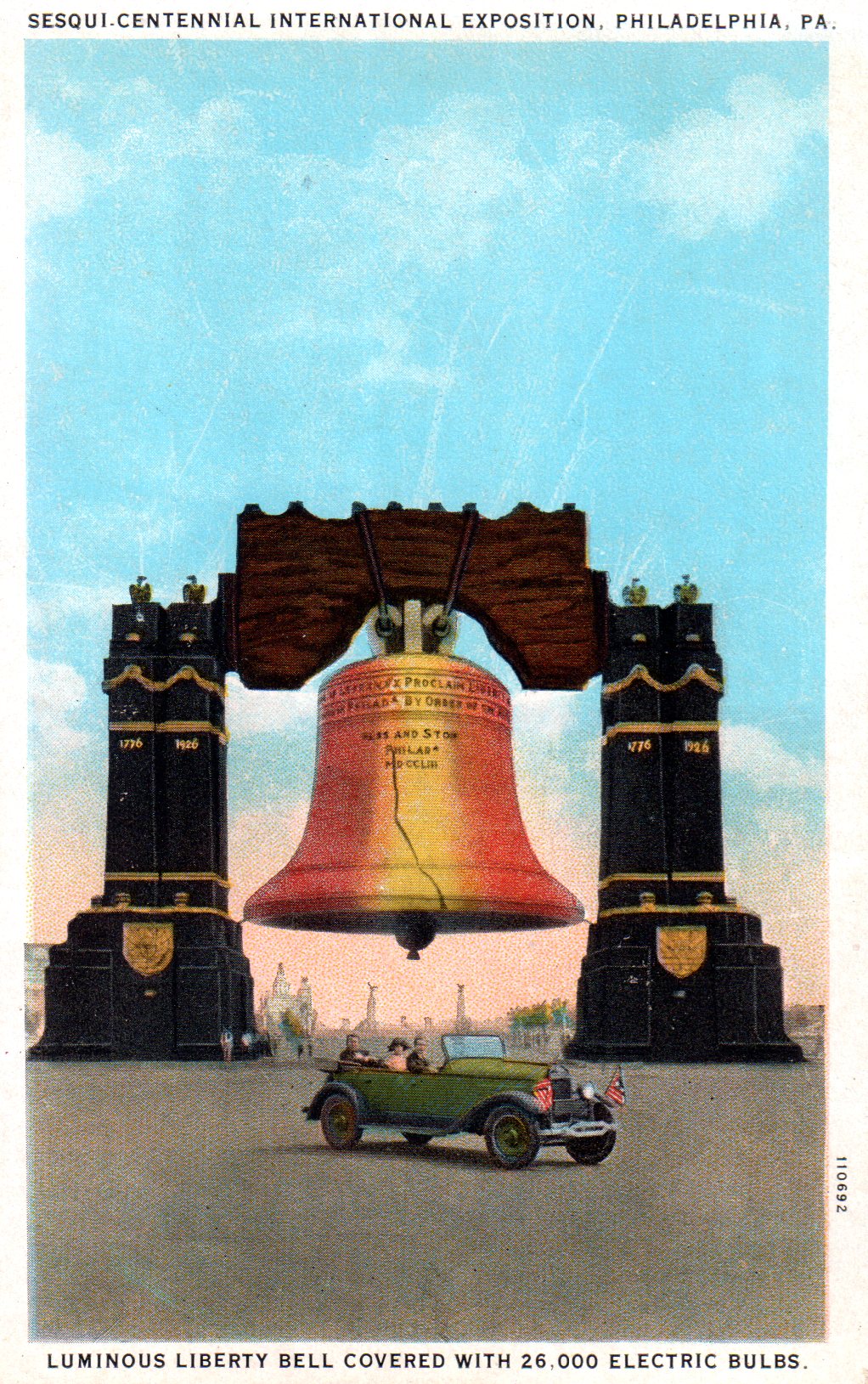 An eighty-foot-high replica of the Liberty Bell, electrified with 26,000 fifteen-watt light bulbs, was part of an elaborate lighting scheme for the fair. The exhibition halls, each painted a different pastel shade, were lit at night with mechanically rotating lights. Stadium lighting allowed various sports to be played at night. 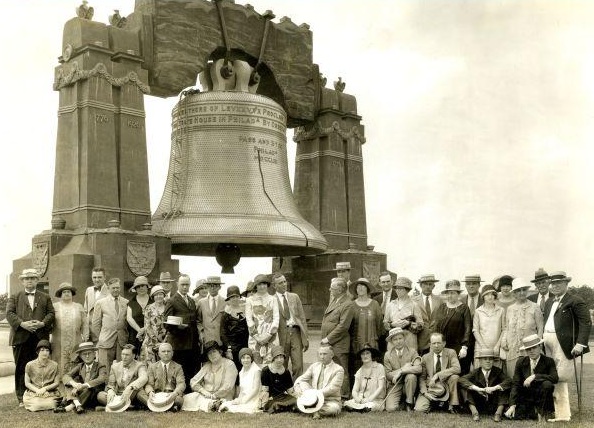 Although falling short of expectations in many ways, the Sesquicentennial did draw some tourists to Philadelphia, as indicated by this group wearing hats labeled "Florida" and posing with the Liberty Bell gateway to the fair. 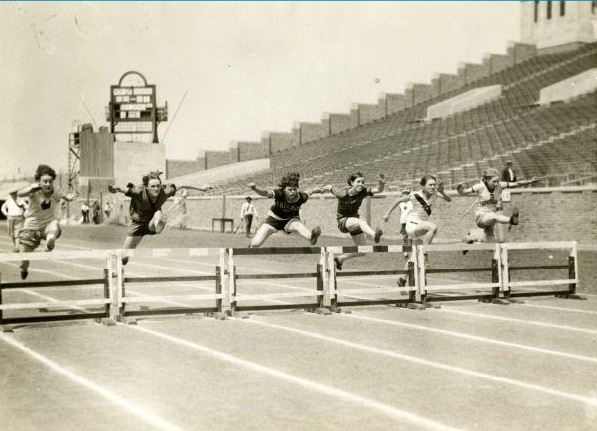 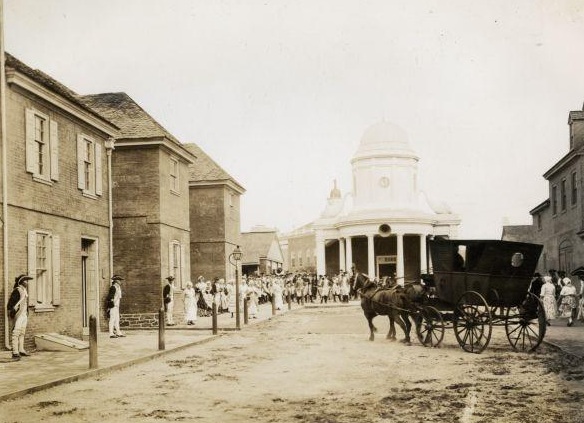 Despite the many authentic historic sites in Philadelphia, a newly constructed Colonial High Street on the Sesquicentennial grounds became one of the popular attractions of the fair. 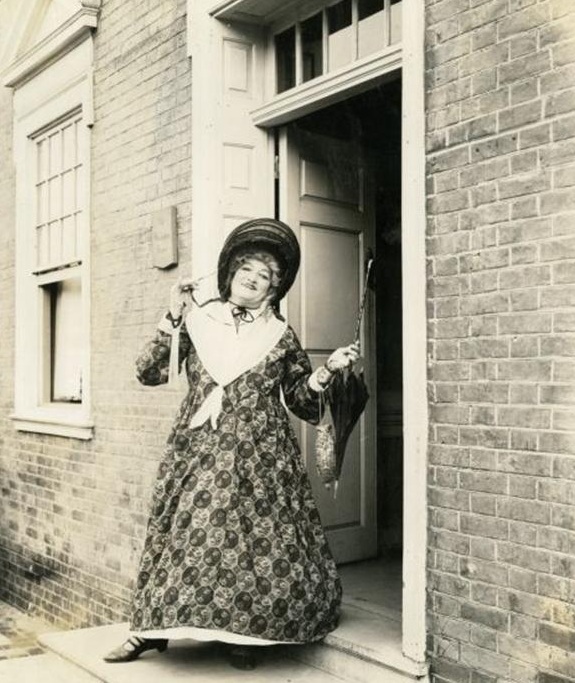 A costumed guide adds to the pageantry of the Sesquicentennial's Colonial High Street. 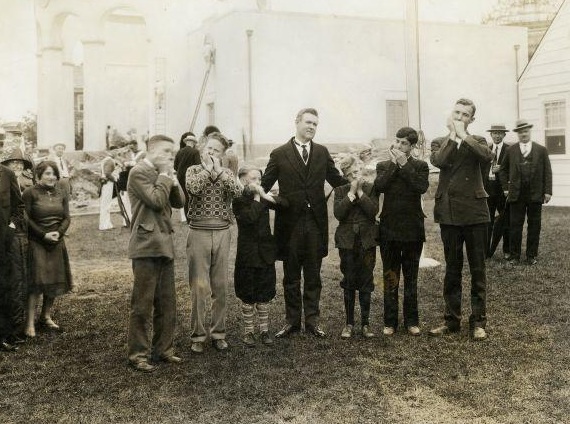 Flanked by harmonica-playing boys, Ohio Governor Vic Donahey dedicated the Ohio Building at the Sesquicentennial on July 20, 1926 -- a late date indicating the slow pace of construction that plagued the event. 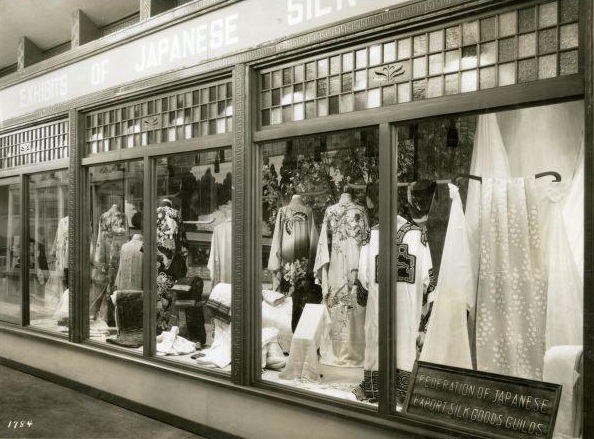 While Philadelphians had argued over competing visions for the fair and a celebration of culture or commerce, both impulses could be seen in Sesquicentennial exhibits such as this display by a Japanese trade association. 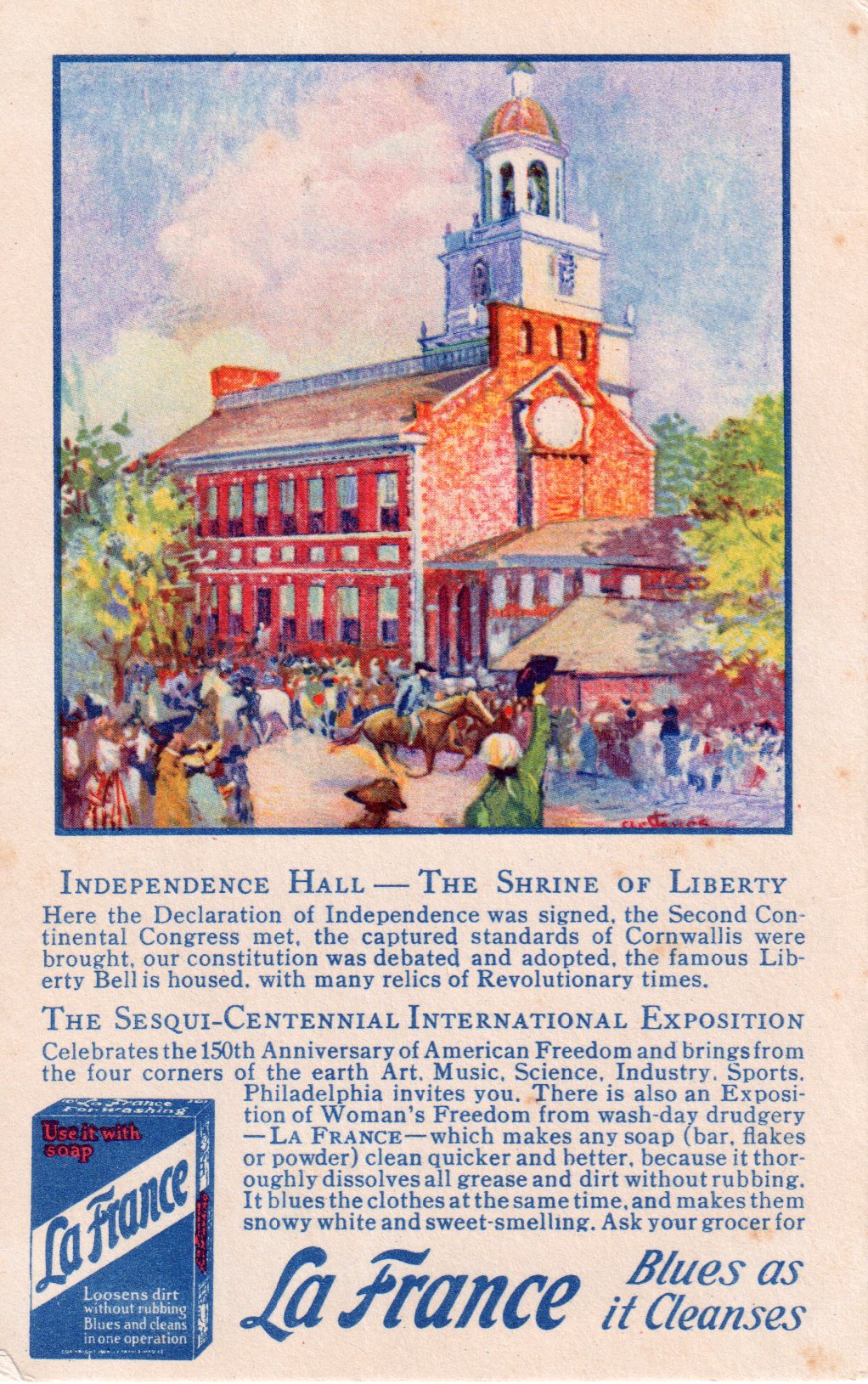 Seizing the opportunity of the Sesquicentennial, this postcard published for La France laundry powder, "There is also an Exposition of Woman's Freedom from wash-day drudgery -- LA FRANCE -- which makes any soap (bar, flakes or powder) clean quicker and better...." 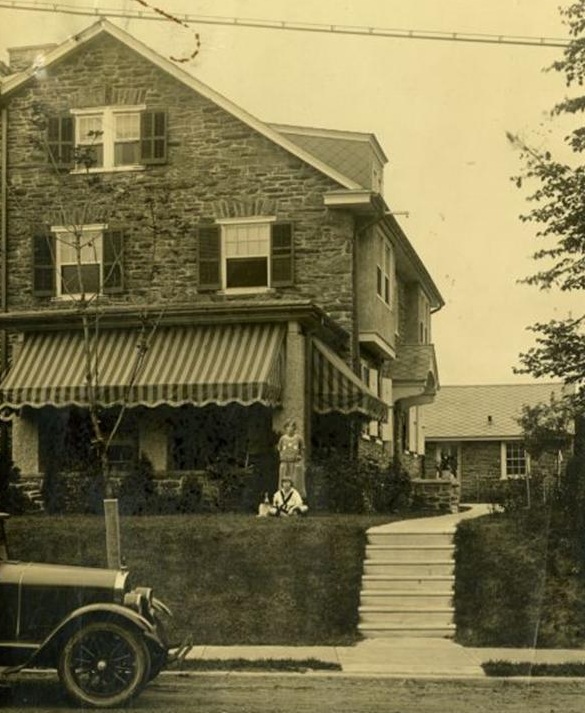 Enterprising Philadelphians offered their homes for tourists, including this six-bedroom, two-bath stone home at 6244 Wissahickon Avenue facing Fairmount Park. The owners offered it for rent for one, two, or three months during the Sesquicentennial. 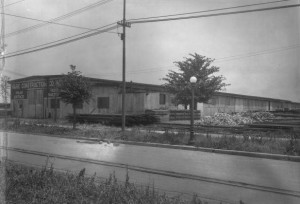 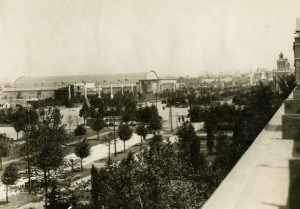 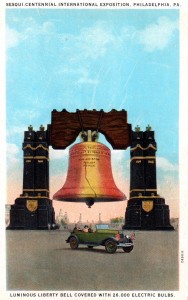 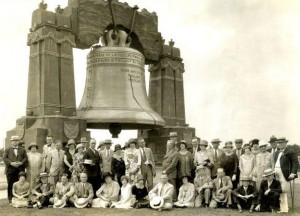 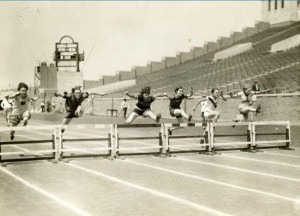 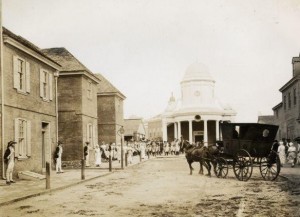 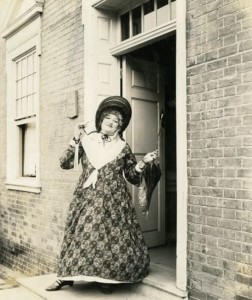 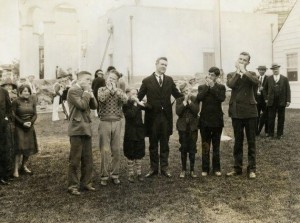 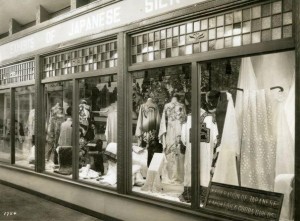 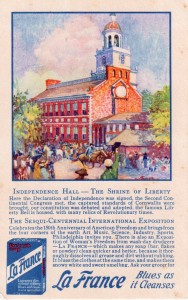 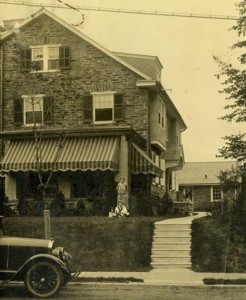 Austin, E.L. and Odell Hauser.  The Sesqui-Centennial International Exposition: a Record Based on Official Data and Departmental Reports. Philadelphia: n.p., 1929.

Wilson, Martin W. “From the Sesquicentennial to the Bicentennial: Changing Attitudes Toward Tourism in Philadelphia, 1926-1976.” Ph.D. diss., Temple University, 2000.