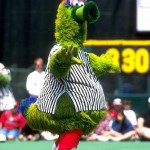 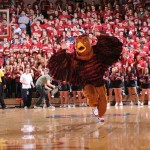 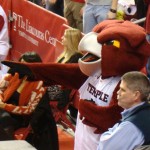 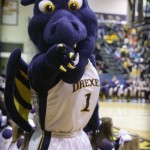 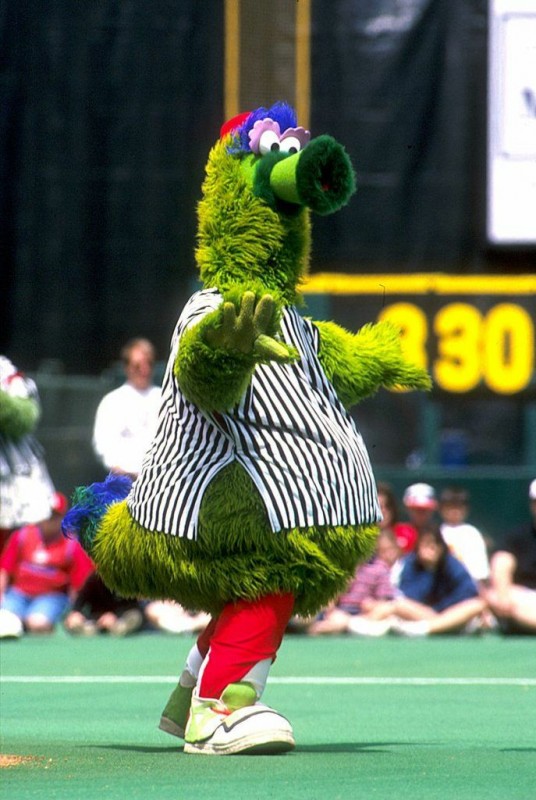 Phillies chairman Bill Giles wanted a mascot to entertain baseball fans, so he asked Sesame Street puppet creators to make a “fat, green, indefinable, and lovable” mascot to represent the “fanatical” fans of Philadelphia. The Phanatic can be seen at every Phillies home game and he makes various public appearances throught the year. (Photograph by R. Kennedy) 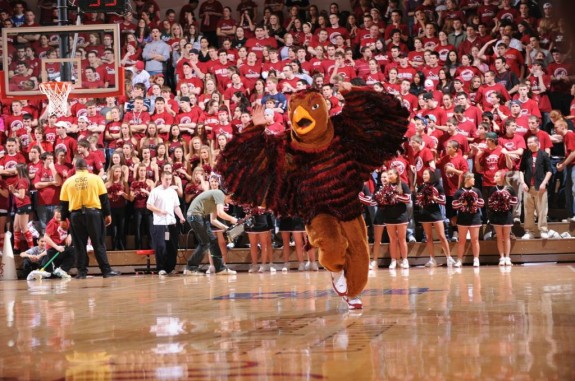 The Hawk represents Saint Joseph’s motto, “The Hawk Will Never Die,” by flapping its wings throughout every basketball game. The student who wears the costume is awarded a full scholarship and serves as a team manager for the men's basketball team. It is one of the few mascots in the nation that travels to every game. 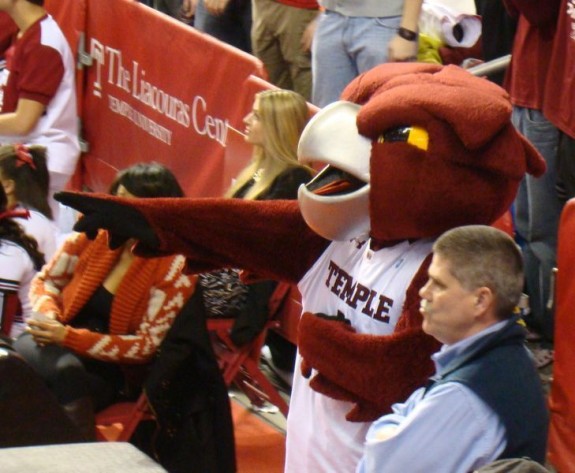 Temple was the first school in the United States to adopt the owl as its mascot. Since Temple began as a night school, the nocturnal bird was a fitting symbol because university founder Russell Conwell was said to have told the students, “The owl of the night makes the eagle of the day.” (Photograph for the Encyclopedia of Greater Philadelphia by Kristen M. Rigaut) 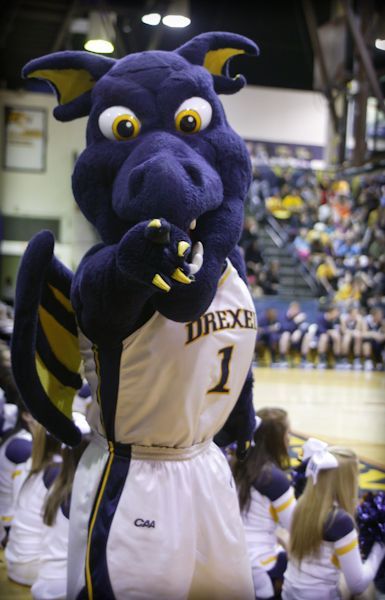 The nickname “Dragons” was gradually used more frequently and applied to more of Drexel University’s athletic teams after the term appeared in a 1928 Drexel Triangle headline on an article about the football team. According to university archives, school spirit improved thanks to the success of Dragons football and the name was applied to other athletic teams. (Photograph for The Encyclopedia of Greater Philadelphia by Jamie Castagnoli) 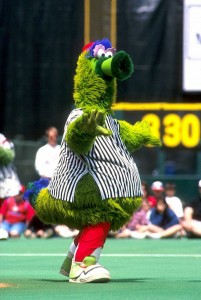 The Phillie Phanatic made his debut at Veterans Stadium in 1978 and is one of the most recognizable mascots in all of sports. (Photograph by R. Kennedy for Visit Philadelphia) 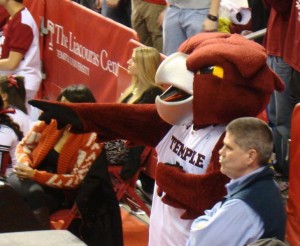 Temple University’s Owl has been a symbol of the school since its founding in 1884. (Photograph for The Encyclopedia of Greater Philadelphia by Kristen M. Rigaut)

Another winged mascot that embodies university spirit is Saint Joseph’s Hawk, which first appeared   in 1956 during a basketball game at the famed Palestra. The Hawk represents Saint Joseph’s motto, “The Hawk Will Never Die,” by flapping its wings throughout every basketball game. One of the few mascots in the nation that travels to every game, the Hawk is distinctive because the student who wears the costume is awarded a full scholarship and serves as a manager for the men’s basketball team. 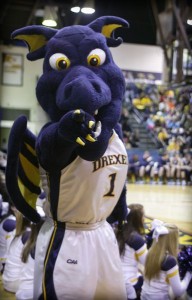 Drexel University teams became known as the Dragons after the name appeared in a 1928 football headline. (Photograph for The Encyclopedia of Greater Philadelphia by Jamie Castagnoli)

Ed Moorhouse is an editorial/media specialist at Rutgers–Camden.

Burgoyne, Tom and Gordon, Robert. More than Beards, Bellies and Biceps: The Story of the 1993 Phillies (And the Phanatic Too). Campaign, Ill.: Sports Publishing, L.L.C., 2006.

Burgoyne, Tom and Gordon, Robert. Movin’ On Up: Baseball in Philadelphia Then, Now, and Always. Moorestown, N.J.: Middle Atlantic Press, 2004.

Professional, college, and high school stadiums and arenas throughout the region.