On September 17, 1947, a seven-car train arrived in Philadelphia’s Broad Street Station carrying 130 articles of American history, including documents, prints, pictures, and flags, intended to represent this history’s most important legacy: freedom. After its launch in Philadelphia, the Freedom Train went on a 29,000-mile journey to three hundred communities throughout the United States, reaching 3.5 million “passengers” who boarded the train in addition to over forty million people who attended “Re-Dedication Week” ceremonies at each stop. The Freedom Train served as an early effort to unify the American people against the encroaching threat of communism at the beginning of the Cold War.

Matt Trowbridge is a graduate of Rutgers University-Camden (2015) and is pursuing his Master’s in Library and Information Science at Rutgers’ School of Communication and Information. (Author information current at time of publication.) 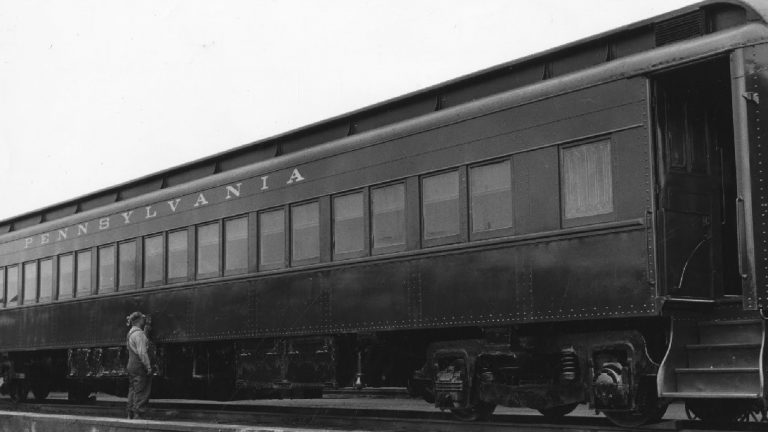 The Pennsylvania Railroad, a supporter of the Freedom Train’s mission to communicate the importance of freedom in U.S. history using historic artifacts, donated three cars for the train. The passenger cars were repurposed for the history exhibit on rails at a workshop in Wilmington, Delaware. 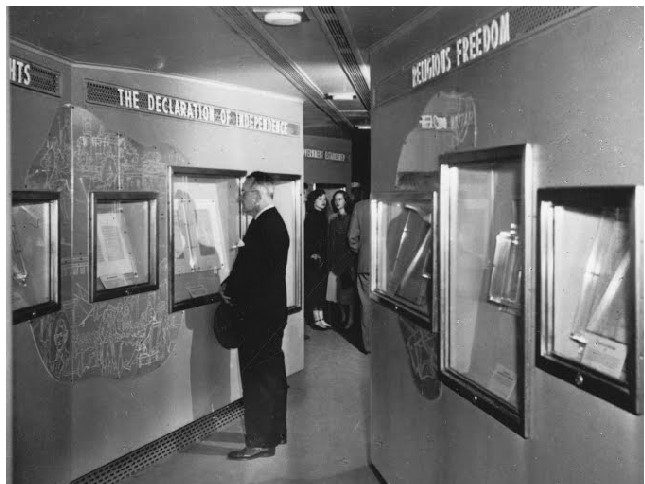 The Freedom Train had a two-fold challenge: how to preserve valuable historic artifacts while also allowing the public access to them. The issue was made even more severe by the volume of visitation. During the train’s two-year journey across the United States, 3.5 million people walked through the exhibit. The project accomplished its mission with an exhibit design that zig-zagged along the length of the train car and with temperature- and humidity-controlled cases. 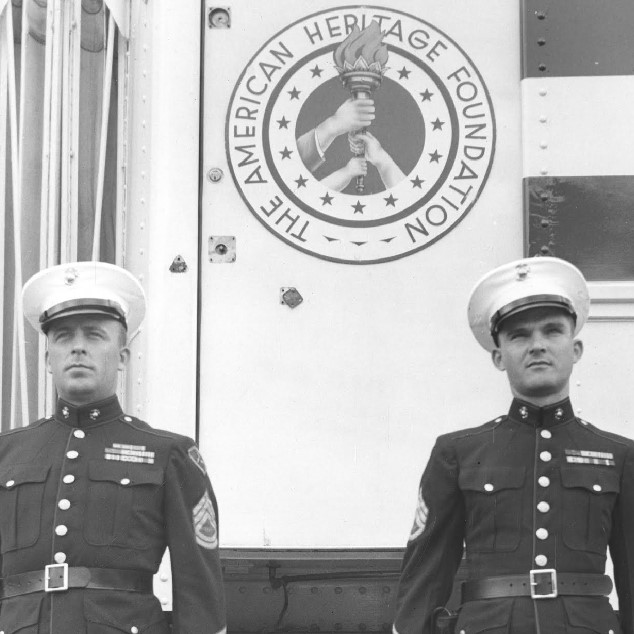 The seal between two Marines standing guard identifies the Freedom Train as a project of the American Heritage Foundation, a nonprofit organization that operated with support from the public and companies such as General Electric and the Pennsylvania Railroad. The U.S. government lent employees from the National Archives to help maintain the artifacts, and U.S. Marine Corps provided 24 enlisted Marines and three officers to guard the train. The Marines were selected for this assignment based on their intelligence, height, and combat prowess. The Marine Guard guarded the train 24 hours a day, seven days a week. 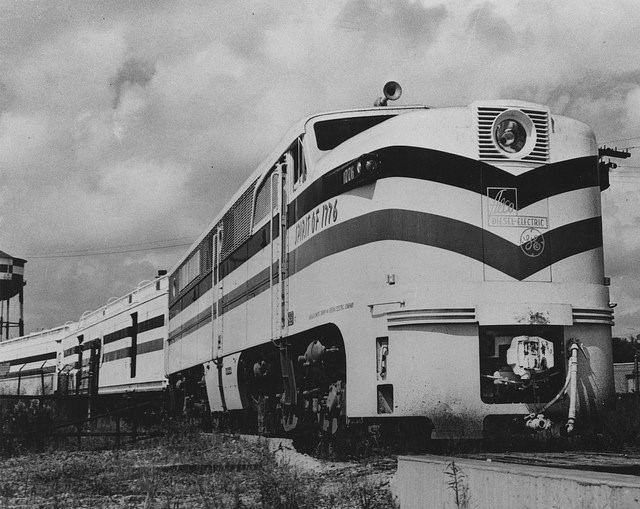 The Freedom Train served as an early effort to unite the American people against the threat of communism. Carrying over 130 pieces of U.S. history ranging from documents to flags, the Freedom Train reached 3.5 million people across the United States. During its journey, the Freedom Train stopped in three hundred communities. While the train was in town, people participated in a week-long festival, Re-Dedication Week, which reinforced the train’s central theme, “Freedom is Everybody’s Job!” 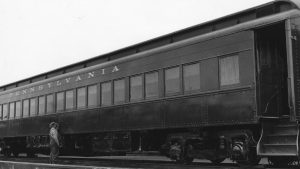 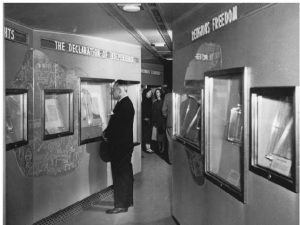 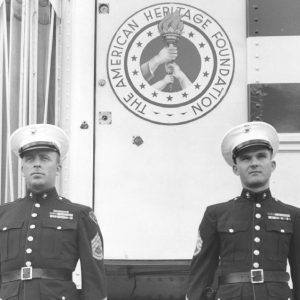 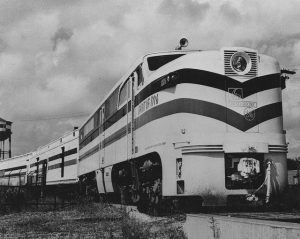