In the early 1900s thousands in greater Philadelphia belonged to the Industrial Workers of the World (IWW)—a militant, leftist labor union.  Local 8, which organized the city’s longshoremen, was the largest and most powerful IWW branch in the Mid-Atlantic and the IWW’s most racially inclusive branch. Indeed, there might not have been a more egalitarian union anywhere in the nation in the early twentieth century. Known as Wobblies, these early union activists also organized Philadelphians in other industries, especially textiles and metal making.

Founded in 1905, the IWW believed that capitalism was inherently unjust, resulting in the oppression of the great majority (workers) by a tiny, wealthy elite (employers). According to the IWW preamble, these groups “shared nothing in common.” Hence, the Wobblies called for revolutionary changes to create a more just society where everyone could enjoy the fruits of industrialization.

Reflecting the city’s diversity, the city’s roughly five thousand longshoremen in 1913 were about one-third African American, a third Irish and Irish American, and a third Europeans, especially Lithuanians and Poles. Employers counted on racism and xenophobia to keep workers from unionizing. However, thousands struck that year and quickly joined Local 8 because it practiced equality by insuring, among other things that a member of every major ethnic group was represented on the negotiating committee.

Peter Cole is a Professor of History at Western Illinois University in Macomb.  His current research compares how longshore workers in Durban, South Africa and the San Francisco Bay area participated in the civil rights and anti-apartheid movements as well as how they responded to radical technological changes in global trade. (Author information current at time of publication.)

For most of a decade, anyone who wanted to work on the Philadelphia waterfront had to be a member of Local 8. In order to ensure that only fully paid-up members worked, Local 8 distributed a new button monthly. When an employer hired someone not wearing the proper button, Local 8 members were known to stop work until that person paid his dues--demonstrating the Wobblies' commitment to direct action on the job. 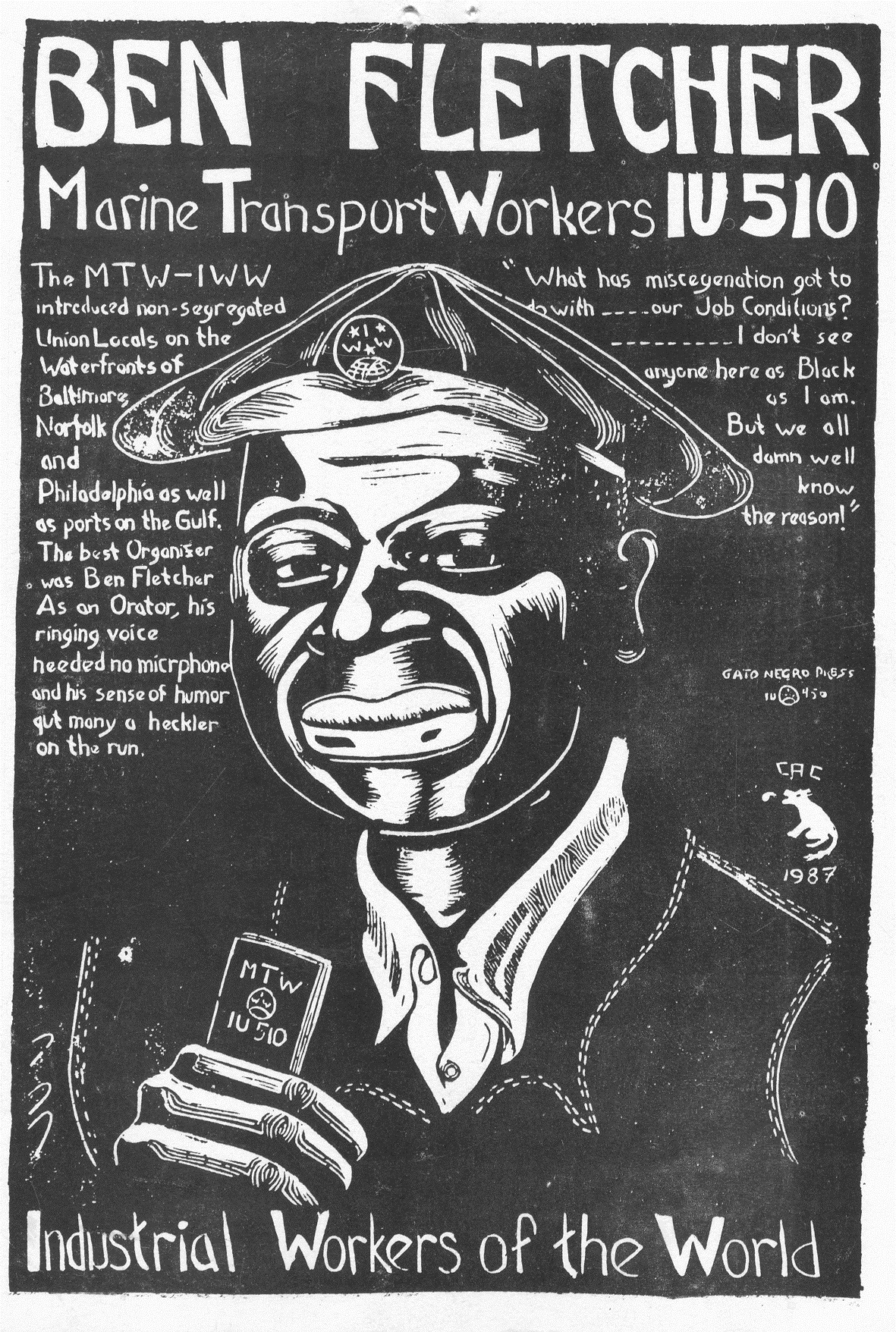 Born in Philadelphia, Fletcher joined the IWW in 1912. It is unknown how he became radicalized but, presumably, he heard street speakers in his diverse, working class South Philadelphia neighborhood. Fletcher became the most prominent leader in Local 8 and the most influential African American in the entire IWW. During World War I, the federal government targeted the IWW, and Fletcher was the sole African American among the hundred Wobblies convicted of treason in 1918. Although no evidence was brought against him specifically, Fletcher received a ten-year prison sentence and an astronomical $30,000 fine. Fletcher served about three years before his sentence was commuted in 1922. He remained firmly committed to the Wobblies although never again played a major role. Fletcher’s health failed while still young, and he died after living in Brooklyn for fifteen years. (Woodcut by Carlos Cortez, published with permission of Charles H. Kerr Press) 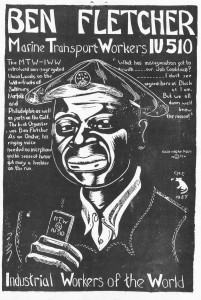